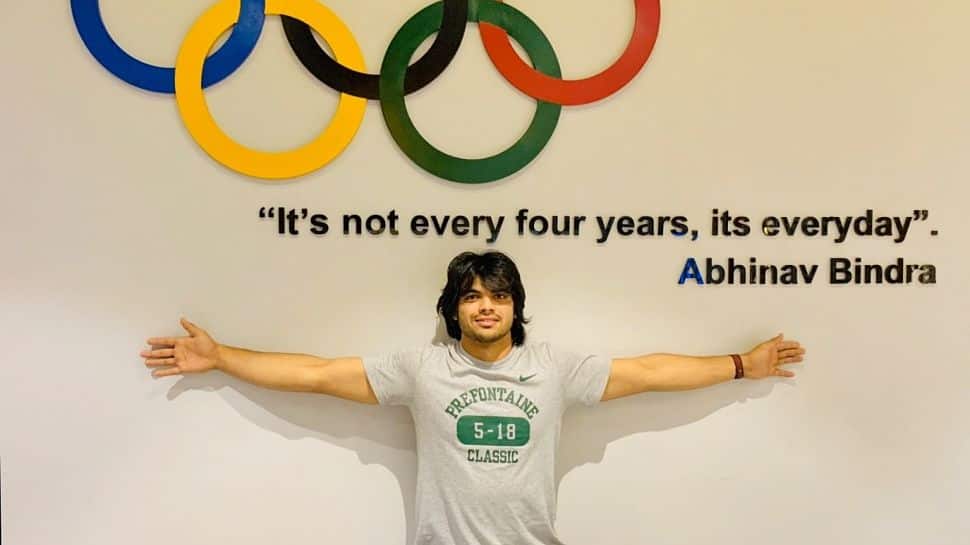 The year 2021 was historic for Neeraj Chopra. It was equally mad as well. He wrote history before being madly chased by fans and journalists as soon as he got back home from Tokyo.

This is something that has still not sunk in for the star athlete. For days after his Olympics heroics, he continued to make news. Only that now he made headlines by merely speaking or smiling or turning up at an event. He didn’t need a massive PR campaign or stupid social media gimmicks to continue being a star. His groundedness, warm personality and achievements were enough.

His 2021 came to an early finish after he grabbed the Tokyo Olympics gold. Not getting the visa for Europe meant he could not take part in the Diamond League that followed while his competitors, including Johannes Vetter went and participated.

Thank you all for your warm wishes _ pic.twitter.com/CEehuK4S5z

Neeraj, however, back here in India was attending one event after the other. He had just become the next big thing in Indian sport and even had he wished to get back to training, his fans, politicians, corporates, advertisers, multiple brands won’t let him do so.

From August to November, Neeraj hopped between cities, parties, functions and webinars to please everyone. He also ate a lot, something he does not regret despite gaining close to 12 kgs during this period. He had sacrificed many a favourite meals to bite the gold at the podium in Tokyo and after the sweet end of the Games, he wanted to grab a bite of his favourite food now, especially mithais.

The 24-year-old got back to business in early December when he, alongwith his coaches, went to California, to train at Chula Vista Elite Athlete Training Center.

Currently, Neeraj is cutting out the weight he gained during the layoff months. Speaking to journalists from California, he said he has been able to reduce 5 kgs so far. And in due course, he will be able to get back to past fitness levels.

“Training in the last three weeks has been difficult for me. When I went on the track to train, I gave it my all. Yes, my fitness levels have reduced due to inaction for last four months. I had gained a lot of weight and now I am trying to shed it. I am feeling very positive to train again. Poora Khaich rakha hai badhiya se. I have a feeling that 2022 will also be good. I just need to ensure I am injury free and safe from COVID-19,” said Neeraj.

The one reason Neeraj chose to shift base to USA to train was cold. The other reason, the wedding season in India and the urge in his relatives to attend their weddings. Neeraj mentioned how tough it is to say no to people, who do not understand the life of an athlete, which requires hard training and a total focus on the sport, all done in solitude.

“It was very cold in India and to be honest, there were many wedding invitations as well. It was the marriage season in India in December. There are weddings in family as well. They wanted me to come. When we begin training we can focus on just one thing, that is training hard. You are not allowed to go anywhere. This is the athlete life. The focus is on sports. Here, I am focussing just on that. In India, I don’t get that.”

In California, he is able to focus entirely on himself. The weight reduction is on and after getting back in shape, Neeraj will begin with strength and endurance training which will be followed by training for javelin throw, that includes medicine ball throw, ball throw and other activities.

From being chased by cameras in India to a still life in California, Neeraj had brought the much-needed change in his life. He is not looking to spend all his life discussing the Tokyo gold but wants to repeat the heroics again.

Thank you all for your warm wishes _ pic.twitter.com/CEehuK4S5z

These days his day starts at around 6 am in the morning and he finishes the breakfast by 7.30. From 9 am, he does training for close to 2.5 hours after which lunch is taken at the centre itself. Neeraj then goes back to his apartment, which is outside the training centre, and rests. Some household chores follow after the rest, and also speaking to family and other such engagements. Another training starts at 5 pm which goes on for 2.5 hours again. Dinner is taken, again at the centre and then after shopping for some daily essentials, he goes back to apartment to sleep.

This routine will continue for Neeraj till begins his season.

2022 is important for him. It has World Championships, the Asian and Commonwealth Games and various other world events. Neeraj and his coach are yet to finalise which events to skip and which to go for. But there is one ultimate aim: to get better.

One of the major challenges he is adamant to overcome is the 90m mark. He wants to breach it and breach it with a realist approach.

Neeraj’s best is 88.07. And he feels that the world’s best are those who cross the 90m mark. It is an honest assessment of oneself while knowing one is the current Olympic champion.

An honour to be presented the Major Dhyan Chand Khel Ratna by Hon’ble President Shri Ram Nath Kovind at the Rashtrapati Bhavan with my Dadaji in attendance.

Congratulations to my fellow award winners and thank you for always supporting me.__ pic.twitter.com/qBF1bCdTwR

“Medal is a big thing but distance is also a big thing for a javelin thrower. The world’s best thrower are those who throw 90m. Everyone wants to breach that mark. I am very close to it. But I don’t overthink. If I play well and I have things working for me on that particular day, I will be over to do it,” said Neeraj.

So is he going to change his technique? Not necessarily so, he says. Instead, he will look to improve on some of the lackings in his current technique.

“I need improvements. My blocking leg bends a lot. My body comes forward. My right leg lifts quickly during the throw. I need to do better in these. I don’t need to necessarily change technique, but improve on these fronts,” Neeraj said in his self anaylsis.

Arguably India’s greatest athletes in the year 2021, Neeraj wants to change nothing in the new year when it comes to his hard work, commitment and focus. He is doing the same things all over again which he did in the Olympics cycle and initially when he started off in sport.

The gold has not changed Neeraj but has it brought more pressure with it. Will he fell its burden when he takes off again soon?

“I don’t know whether Olympics gold pressure will be there on me. I will be able to answer it when I throw again in a competition.”