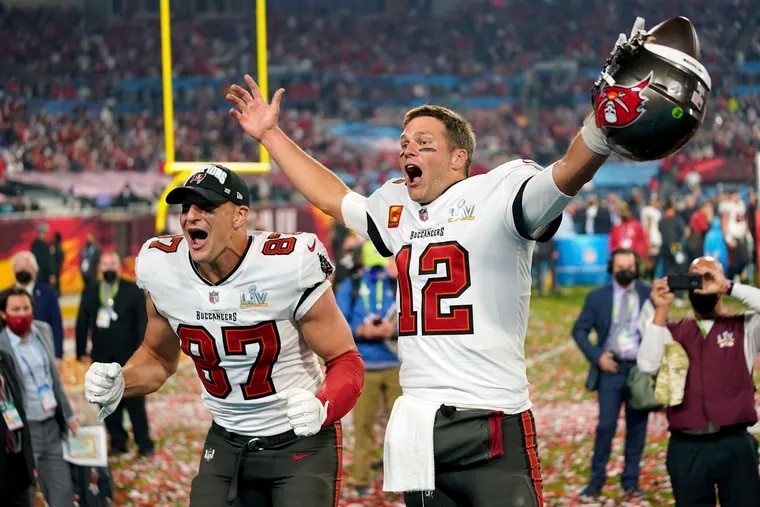 The sportsbooks always win, so it wasn’t a profitable year for everyone in sports betting, but it certainly was colorful. From Bryce Harper helping to cash MVP tickets to the Eagles easily going over 6.5 wins to that excruciating half-million-dollar college football parlay in October, there have been plenty of eye-raising moments in 2021.

Here are some of the biggest highlights, lowlights, and most outrageous action from the year in sports wagering and a sneak peek at what is to come in 2022:

The eventual hire, Nick Sirianni, wasn’t even on the board. But Nick Saban was at +5000…

Tom Brady won his seventh Super Bowl, and his first with the Tampa Bay Buccaneers. It was a good day for the sportsbooks as action generally leaned toward Kansas City (-3.5) and over (54.5), though there were some big winners on the Bucs. DraftKings paid out $3.46 million on one Tampa wager while BetMGM forked over $2.3 million on another. The ‘books also took some lumps on futures bets as the Bucs were popular with the addition of Brady.

Drexel’s men’s team, seeded sixth, won its first Colonial Athletic Association tournament. The Dragons then were awarded a 16-seed in the NCAA Tournament where they were 23.5-point underdogs to top-seeded Illinois. They lost, 78-49.

“The only thing I knew about Drexel is there was a guy named Bruiser Flint who was their coach for a while,” joked Nick Bogdanovich, then-director of trading for William Hill-US sportsbook.

Optimism was sky-high as 98% of the handle at Rivers’ Pennsylvania ‘books on the Phillies’ win total was on over 80.5 victories. They went 82-80. Bryce Harper was around 15-1 to win MVP when the season opened.

Odds on where Ben Simmons would be traded hit the board. The Trail Blazers (+250) opened as favorites, with the Wizards (+300) and Spurs (+450) just behind. Of course, Simmons remains in limbo as a absentee Sixer.

» READ MORE: Here are the Eagles’ and opponents’ win totals, and Super Bowl odds (from May 2021)

Titans wide receiver A.J. Brown boldly announced that he would bet all of his game checks on Jets wide receiver (and former Ole Miss teammate) Elijah Moore to win Offensive Rookie of the Year. Moore had a couple of nice games, but was never in the hunt.