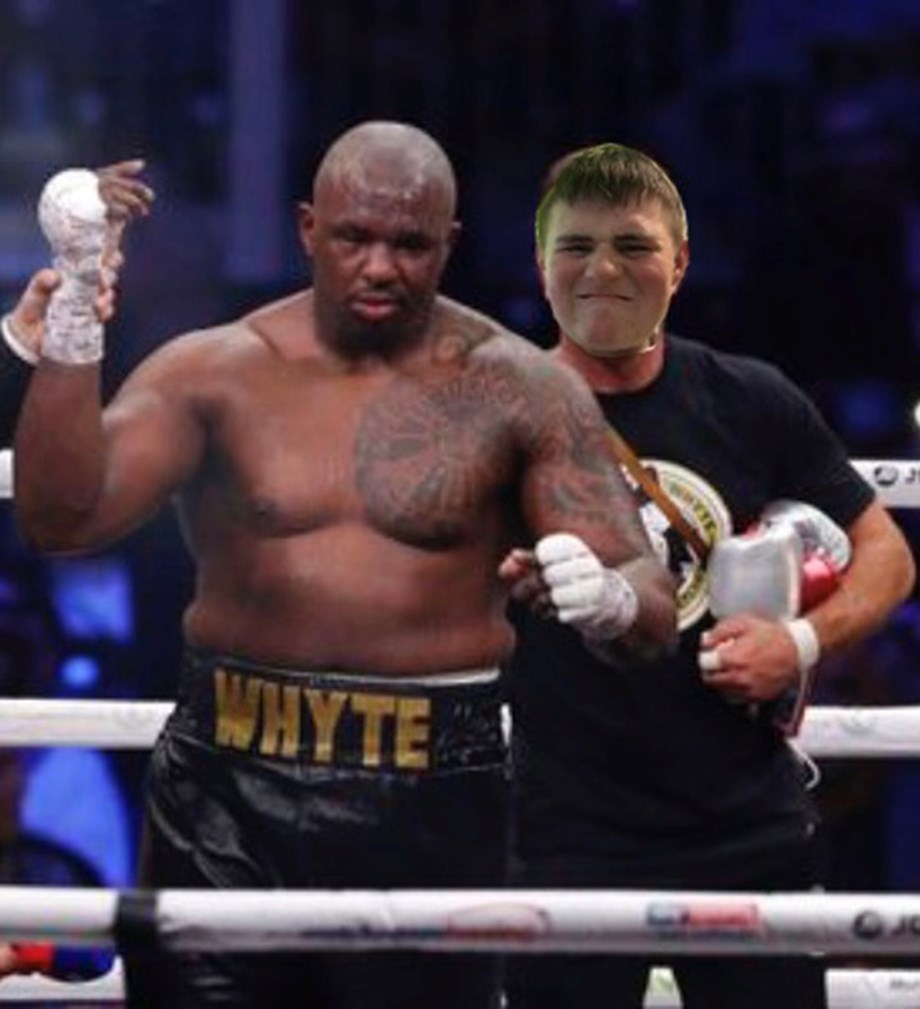 Round one to Tyson Fury? The WBC heavyweight champion’s all-British title defense against Dillian Whyte at Wembley Stadium might not be until April 23 but Fury believes he has got the upper hand already.

Whyte didn’t turn up to the first press conference to publicize the fight on Tuesday, with Fury’s U.K. promoter, Frank Warren, claiming the challenger demanded and then turned down the offer of a private jet to fly him over from his Portugal base.

Fury said Whyte’s no-show “has given me that much more confidence.” “He’s definitely shown the fight flag in this fight, the way he’s going on about not going face to face,” Fury said at Wembley. “Of course, he doesn’t. Because he’ll see the fire in my eyes and think, I’m getting smashed to bits.’ “It’s fear, it’s terror, I don’t blame him for not being here today … The buildup to the fight will be fantastic because Tyson Fury versus his own shadow sells.” Warren said he expects just under 100,000 fans will be at one of the biggest heavyweight bouts to be held in Britain.

It marks Fury’s return to Britain after five successive fights in the United States, including a trilogy against Deontay Wilder.

As for Whyte, it’s his first world title fight. He’s entitled to 20% of the $41 million purses, making it his career-high payday.

Whyte only signed the contract for the fight at the last minute, with Warren saying Whyte had sought to renegotiate terms.

“Champions bank on themselves to win. That’s what they do to become the king — you win the title, you get the money,” Warren said.

“It’s just not right. We are where we are but Dillian Whyte is in Portugal. He should be here. It’s disgraceful that he’s not here, it’s not professional.”