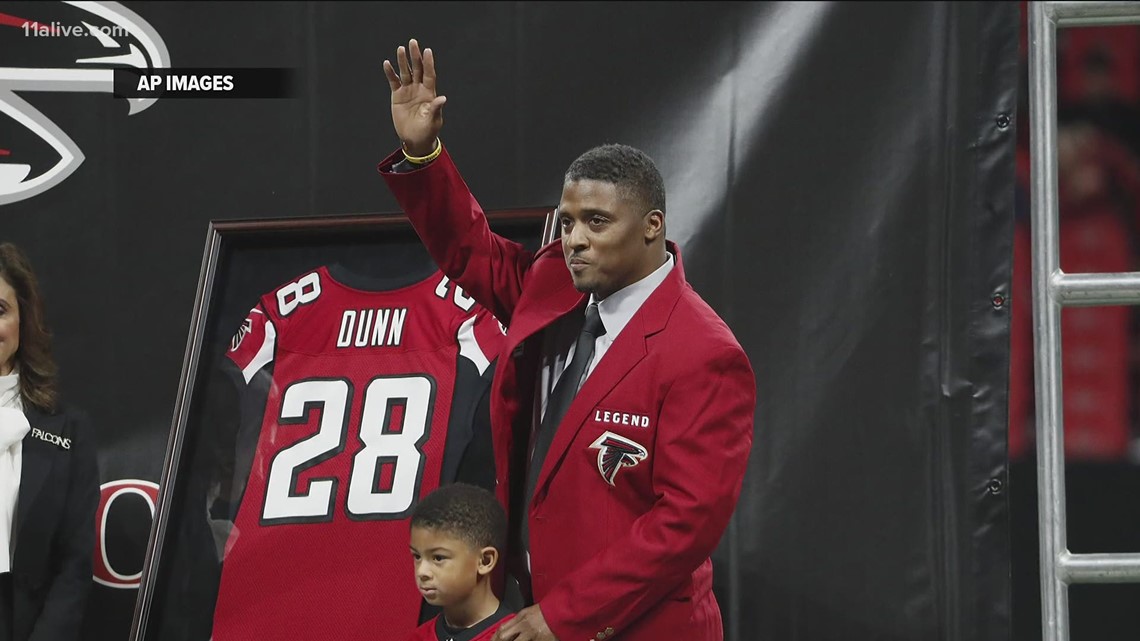 ATLANTA — Winner of the NFL Offensive Rookie of the Year Award, two-time Heisman candidate and three-time Pro Bowler Warrick Dunn will be inducted into the Georgia Sports Hall of Fame. The former Atlanta Falcons running back will be a part of the organization’s incoming class of 2022.

Georgia Sports Hall of Fame Chairman Loran Smith first broke the news in a press release, revealing that the 66th Annual Induction Ceremony will take place Feb. 18 and Feb. 19, 2022. The weekend-long event will feature a series of special sports moments, including a jacket ceremony and autograph session.

Dunn, first drafted by the Tampa Bay Buccaneers in 1997, played six seasons with the Atlanta Falcons as one of the NFL’s most prestigious running backs. After accruing millions in his illustrious career, Dunn would go on to become a minority shareholder in the Atlanta Falcons.

Off the field, Dunn created the Warrick Dunn Family Foundation in 2002. Through his Warrick Dunn Charities group, Dunn most recently helped a Stockbridge mother acquire her first home.

“For me, it’s personal.” Dunn said.” This all started because of my mom’s dream, wanting to own a home and never having the opportunity to do that.”

Welcome Falcon’s running back and Pro Bowler Warrick Dunn to the 2022 Georgia Sports Hall of Fame. Dunn is a player whose altruistic impact off the field is the stuff of legend. pic.twitter.com/bDcCkVdCu7

The former Atlanta Falcons running back’s non-profit organization has helped nearly 200 single parents achieve homeownership across the nation. Come February, the NFL star will be recognized by the Georgia Sports Hall of Fame for the on-the-field success that started it all.