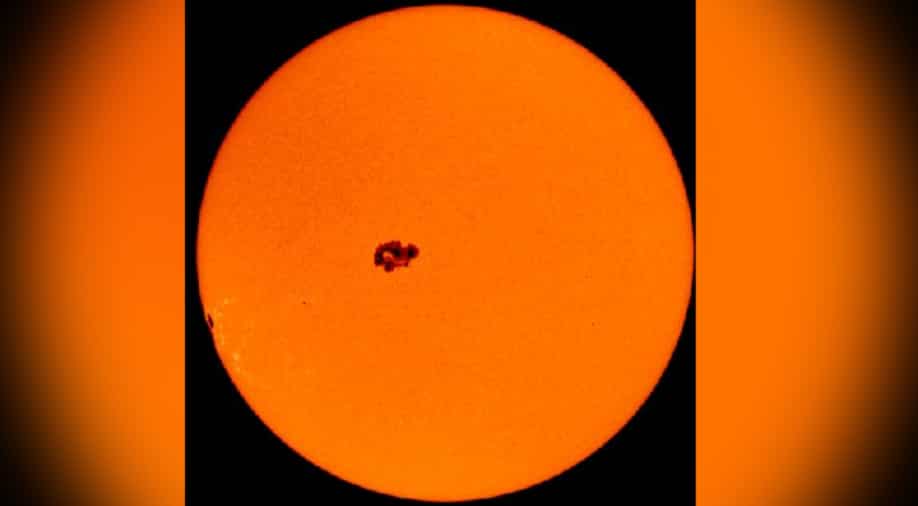 Space watchers have spotted a giant sunspot triple the size of the Earth, expressing concern over its potential to beam medium-class (M-class) solar flares towards the Earth.

NASA heliophysicst C. Alex Young, writing at EarthSky, said that between Sunday and Monday, Sunspot AR3038 more than doubled in size, making it several times wider than Earth’s diameter, and continuing to expand in the past 48 hours.

Similar observations were made by Tony Phillips, the author of SpaceWeather.com, saying that he was astonished by the pace at which the sunspot has been growing in the past 24 to 48 hours.

“The fast-growing sunspot has doubled in size in only 24 hours,” he said on Wednesday, noting that the magnetic field surrounding it has the potential to blast M-class solar flares toward our planet.

In the past few months, the sun has been particularly sending out many M-class and X-class flares as activity grows in the regular 11-year cycle of sunspots.

Sunspots are black-coloured regions on the surface of the Sun, which are colder than the other areas. They emit powerful bursts of radiation/ solar flares. Sunspots are very cold because they develop over locations with extremely powerful magnetic fields.

Scientists have classified solar flares according to their brightness in the x-ray wavelengths.

X-class flares are big; they are major events that can trigger radio blackouts around the whole world and long-lasting radiation storms in the upper atmosphere.

Also read | NASA posts amazing photo of recent solar flare. Was this release harmful for us on Earth?

NASA’s Parker Solar Probe mission is flying very close to the sun periodically to learn more about the origins of sunspots and to better understand the space weather the sun creates.