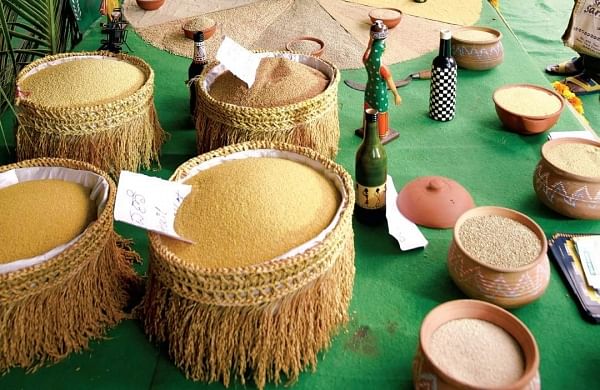 HYDERABAD: For Lakshmamma (60), a progressive farmer from Zaheerabad who grows 12-25 varieties of crops in an acre, agriculture is essentially about providing nutritious food to others. Among the crops Lakshmamma grows are foxtail millet, little millet, yellow jowar, and others.

Though she doesn’t mind birds and wild boars taking away a chunk of the crop, Lakshmamma does observe that due to most of the farmers going for cotton cultivation, her little farm has become a haven for birds. Only if millet cultivation is scaled up in clusters, can the loss be minimised, she feels.

By declaring 2023 as ‘The International Year of Millets,’ the UN General Assembly has set the tone for increasing the area of cultivation of millet across the world. India, which is the world’s largest producer of millet sees this as an opportunity and especially in Telangana, where its cultivation has been on the negative side for decades, there is a dire need to regain its lost glory.

“Due to an increase in consumption of millets among the urban population, the declining rate of cultivation has slowed down. By declaring 2023 as the year of millets, the growth trajectory will definitely be changed. Value addition created in the international markets has certainly created the base,” says Dr. B Dayakar Rao, Principal Scientist, ICAR-IIMR and CEO, Nutrihub-Technology Business incubator.

He cautiously reminds that things won’t change overnight. His observation stems from the fact that there are still many issues like low productivity, non-availability of seeds, a disconnect between the production and markets, processing technology being inaccessible to farmers, high labour costs, as well as the farmer not getting the remunerative price.

Though minor millets are not being cultivated, mostly due to farmers being deprived of access to de-hulling machines to remove the outer inedible portion, major millets like jowar and ragi have been seeing an upward trend in cultivation. This is attributed to an increase in urban demand.

Jowar cultivation in the present rabi season has seen a jump to 60,378 acres as of Wednesday, as compared to 27,977 on the same day last year. However, there is still a long way to go.“About 95 per cent of millets produced in Telangana comprise jowar, ragi and bajra and minor millets form just 5 per cent. The low hanging fruits (major millets) need to be harvested (encouraged) and ways to increase little millet, kodo millet, barnyard millet, porso millet, foxtail millet (minor millets) need to be explored,” Dr. Dayakar Rao observes, pointing out how Chhattisgarh government has been directly procuring millets from tribal farmers by offering them minimum support price.