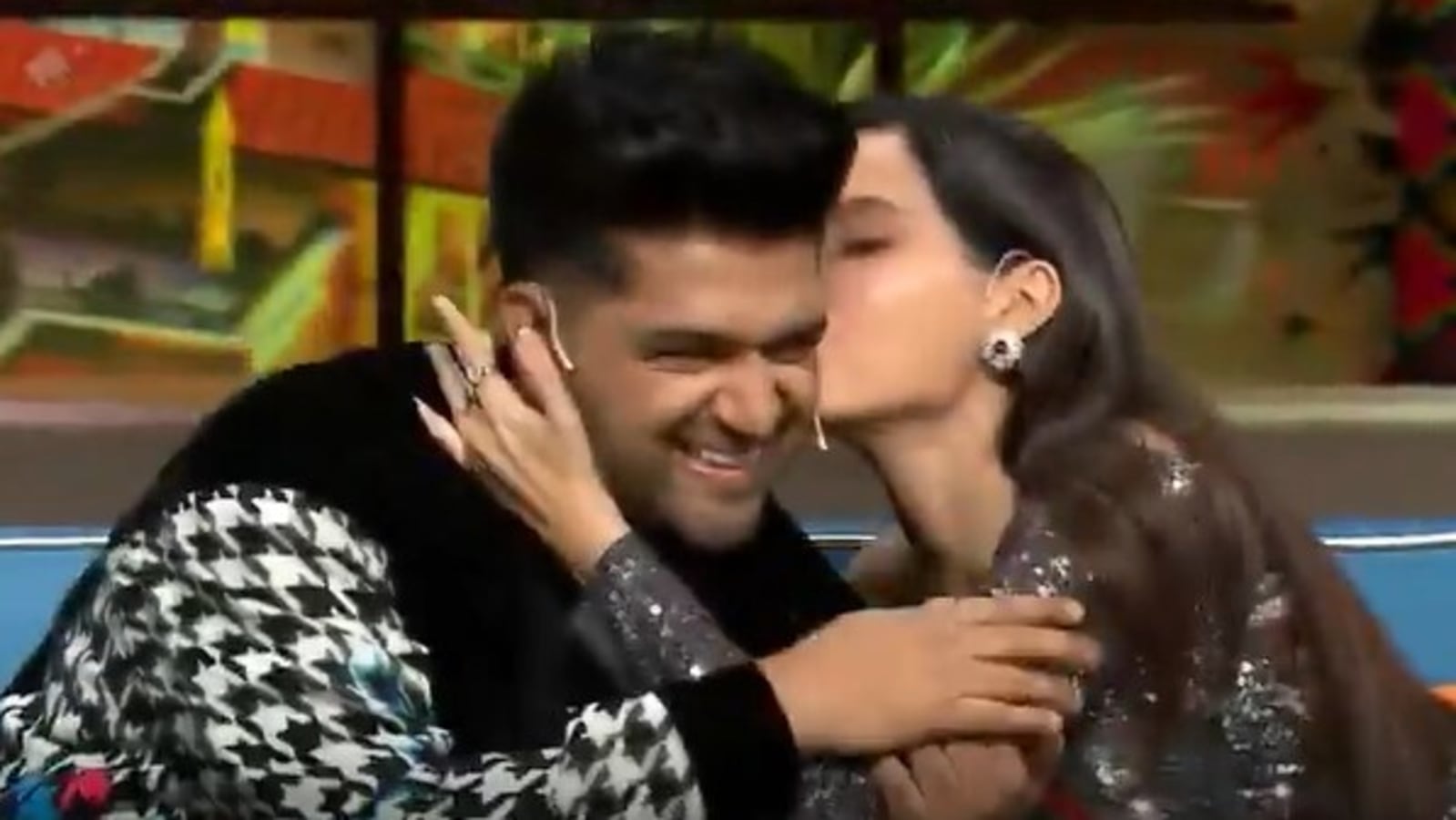 A new promo for The Kapil Sharma Show featured singer Guru Randhawa and actor Nora Fatehi. They will be seen promoting their new music video, Dance Meri Rani, on the show this weekend.

Host Kapil Sharma teased Guru about Nora and asked, “Pichhle video mein aapne inko robot banaya, iss video mein aapne inko jalpari banaya. Sachchi batana, mann mein kya banana chahte ho (In the previous video, Naach Meri Rani, you made her a robot, in this video, you made her a mermaid. Tell the truth, what do you really want to make her in your heart)?” Guru laughed and replied that he would like to answer the question the next time he came on the show.

Kapil asked Nora if Guru’s dancing has improved since their first music video together, Naach Meri Rani. “Actually, mujhe lagta hai ki agar woh mere saath nahi hai toh woh naachta nahi hai (I think he does not dance when he is not with me),” she said, adding, “Baaki music videos mein sirf ek hi cheez karta hai (He only does one thing in the other music videos).” She went on to imitate him rubbing his palms together, leaving Kapil in splits.

“That was mean,” Guru complained and Nora placated him with a kiss. Kapil asked her if she kisses a guy every time she says something mean about him. As she said ‘of course’, he told her, “Mereko 8-10 mean baatein bolo (Say 8-10 mean things about me).”

Also see: Krushna Abhishek cribs about having to flirt with Guru Randhawa, shocks Nora Fatehi with his confession. Watch

Nora, in a vlog, documented her experience of shooting for the Dance Meri Rani music video in Goa. She had to be carried around on a stretcher as she wore a fishtail costume. She also cried in pain at one point in the video.