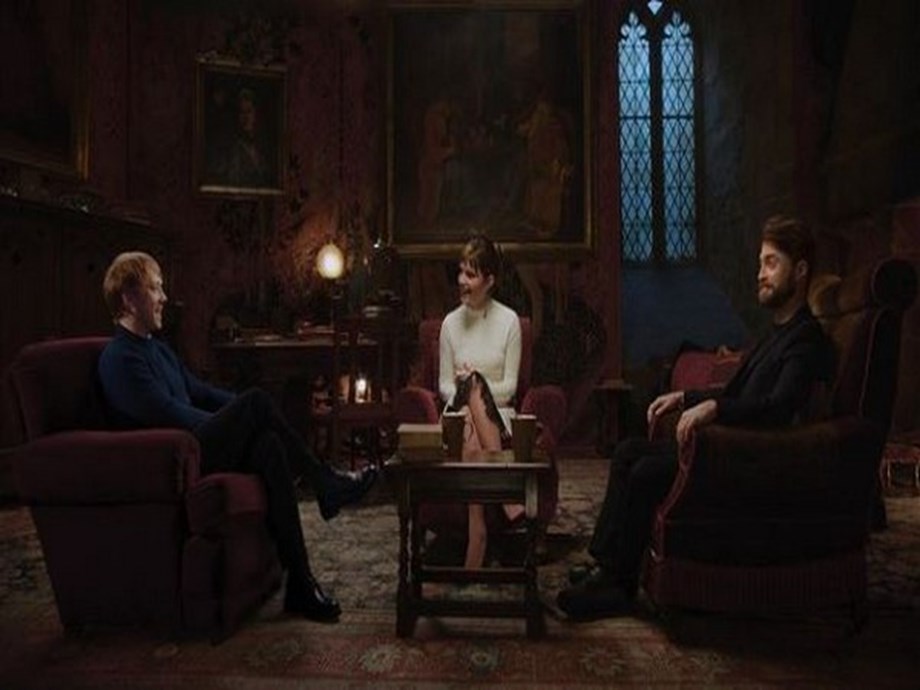 Daniel Radcliffe, Emma Watson and Rupert Grint, stars of the ‘Harry Potter’ film franchise, opened up about reuniting with the film’s cast for HBO Max’s ‘Harry Potter 20th Anniversary: Return to Hogwarts’. According to People magazine, in a behind-the-scenes look at reunion special, Radcliffe, Watson, Grint, and more costars described the surreal experience of catching up with each other 10 years after the final Potter film.

“It’s been a long time since I’ve seen any of them,” said Grint as Watson added, “It’s just been a joy getting to relive it all.” Radcliffe said, “It has been lovely seeing everyone again and going like, ‘Oh yeah, we’re all doing great.'” Gary Oldman spoke of being back on the film sets, “All the memories of working here come flooding back. It was like it was last week.” Costar Matthew Lewis agreed, saying, “It doesn’t feel like 10 years ago. At all.”

Watson said she has been “pleasantly surprised” by fans “enjoying everything that we made and that we created.” “There’s so much of life to take in that happened in those 10 years. Every part of my life is connected to Potter. And we’ve seen even more how much it means to people and what a part of people’s lives it is. It means even more now, and I’m able to appreciate how special that is,” said Radcliffe.

As per People magazine, ‘Harry Potter 20th Anniversary: Return to Hogwarts’ will be available to stream on HBO Max starting on January 1. (ANI)