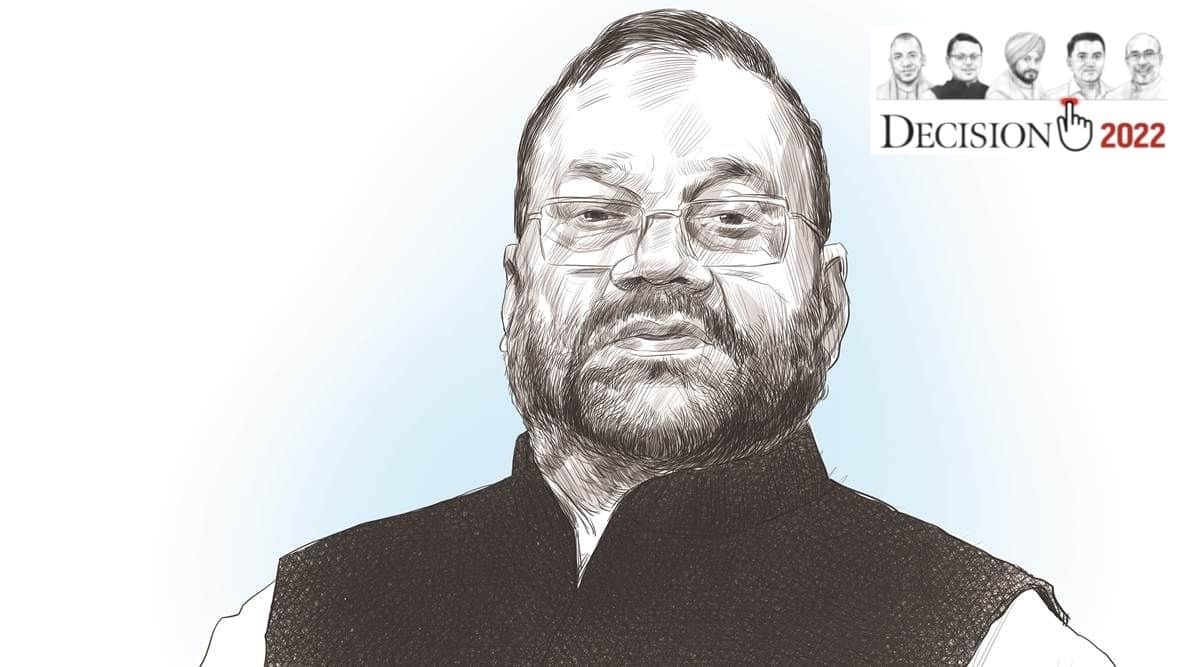 A prominent non-Yadav OBC face of Uttar Pradesh politics, Swami Prasad Maurya, 68, who quit the Cabinet on Tuesday, is said to be headed to the Samajwadi Party (SP).

While SP chief Akhilesh Yadav was quick to post a photograph with Maurya on Twitter, it’s a big leap for someone who has spent a career taking on the SP — for two decades as a member of the Bahujan Samaj Party (BSP) and the last five years in the Bharatiya Janata Party (BJP), as a Cabinet minister in the Yogi Adityanath-led government.

Maurya had even fielded his daughter Sanghmitra, who is the sitting BJP MP from Badaun, as a BSP candidate against SP founder Mulayam Singh Yadav in the 2014 Lok Sabha polls.

Once a close confidant of BSP chief Mayawati and a vocal face of the party, Maurya was not only made minister in every BSP government — in 1997, 2002 and 2007 — but was also Leader of Opposition every time the BSP was out of power. He was even made BSP national general secretary, effectively making him No. 2 to Mayawati in the party hierarchy.

In 2016, while he was Leader of Opposition, Maurya left the BSP, alleging “auctioning” of party tickets, an allegation refuted by Mayawati who, in turn, alleged that Maurya had quit because his son Utkrist and daughter Sanghmitra did not get tickets for the seats they had allegedly lobbied for.

In the 2012 Assembly polls, Maurya’s son Utkrist lost from Unchahar Assembly seat of Rae Bareli while Sanghmitra lost from Aliganj in Etah constituency.

Maurya later joined the BJP, just before the 2017 polls, claiming that he was impressed with the work done by Prime Minister Narendra Modi for the “weaker sections” of the society.

Maurya won his debut election in 1996 from Dalmau Assembly constituency of Rae Bareli district as a BSP candidate. Even in 2007, when Maurya lost the Assembly polls though the BSP came to power with a majority, Mayawati sent him to the Upper House of the state legislature and made him minister. Over the years, the five-time MLA has established himself as the face of “non-Yadav” OBCs such as the Mauryas, Kushwahas, Shakyas.

Maurya won the 2017 elections as the BJP candidate from Padrauna Assembly seat in Kushinagar district, from where he had been MLA twice in the past. He won that election with over 93,000 votes, defeating BSP’s Javed Iqbal. His son Utkrist, however, lost from Unchahar seat to SP’s Manoj Kumar Pandey. Maurya, who claims to have a hold over a large section of “non-Yadav” voters, both in eastern and western UP, has claimed the support of many OBC leaders who moved with him to the BJP and who, he now claims, will leave with him. Among these ‘loyalists’ is Roshan Lal Verma, BJP MLA from Tilhar Assembly constituency of Shahjahanpur, who personally carried Maurya’s letter to Raj Bhavan on Tuesday.

His influence can also be ascertained by the fact that he got the BJP to let his daughter Sanghmitra contest the 2019 Lok Sabha polls from Badaun, an SP stronghold where the party had been winning for two decades. Sanghmitra defeated Akhilesh’s cousin Dharmendra Yadav.

Sources in the BJP say his failure to accommodate his son in the party is among the reasons Maurya quit just ahead of a crucial election.