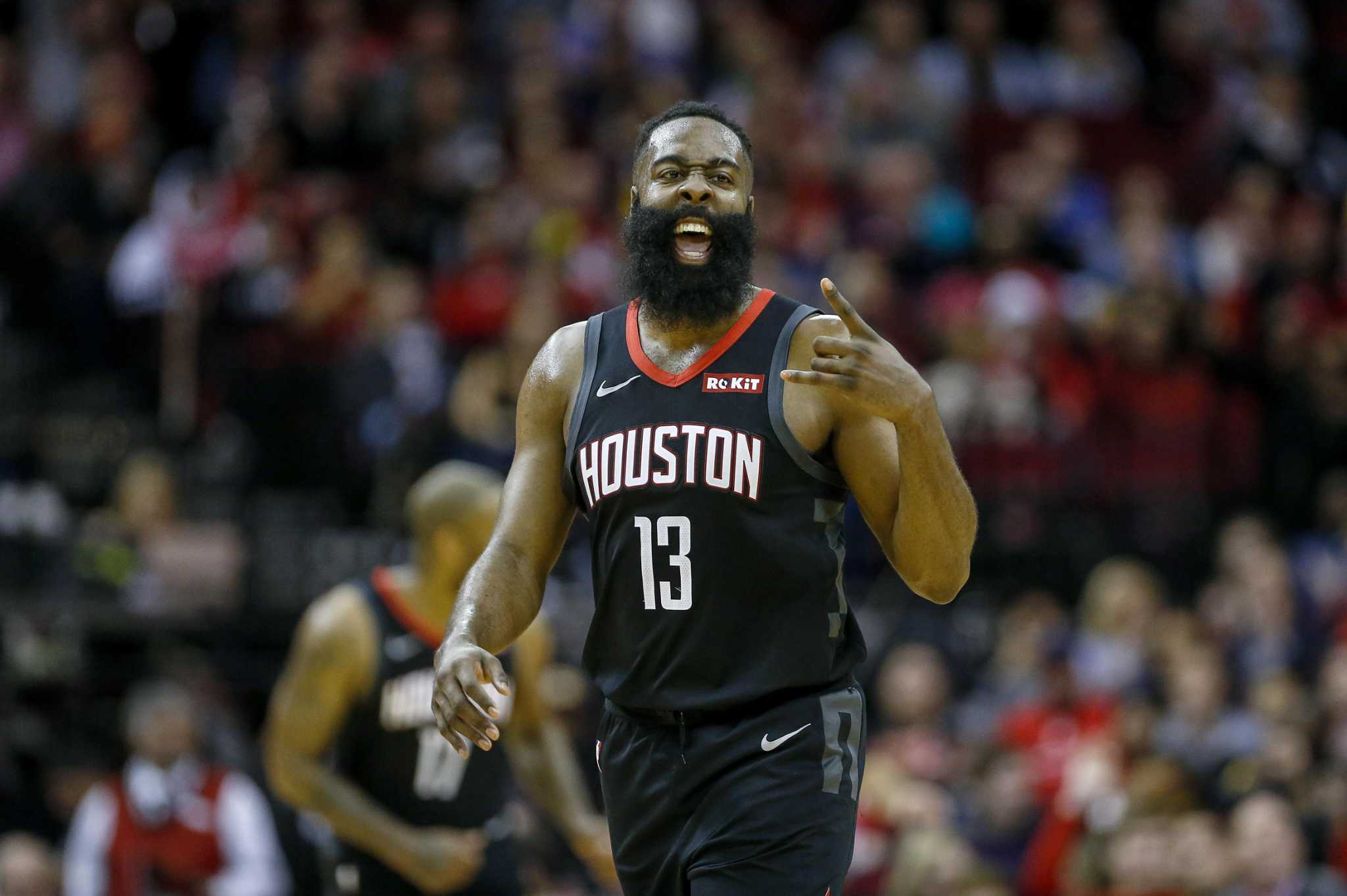 The calendar may have flipped to 2021, but a 12-month streak of unceasing tumult for Houston’s sports teams and fans took another swerve Wednesday with the trade of Rockets superstar James Harden to the Brooklyn Nets.

Harden, who has lobbied for weeks to leave the franchise that helped him vault from well-regarded substitute to one of the highest-profile players in the NBA, will join former Oklahoma City teammate Kevin Durant and Kyrie Irving in Brooklyn as part of a four-team deal involving the Rockets, Nets, Indiana Pacers and Cleveland Cavaliers.

Coming to Houston will be Pacers guard Victor Oladipo, Cavaliers guard Dante Exum and Nets forward Rodions Kurucs. The Rockets also will receive four first-round draft picks from Brooklyn ranging from 2022 to 2026 and the right to swap selection slots with the Nets in four additional drafts.

It is, to put it mildly, a franchise-altering transaction, and it comes loaded with all manner of hope, regret and soul-crushing irony.

January 13 already was a day that will forever stop Houston sports fans in their tracks. It was one year ago on this date that Major League Baseball penalized the Astros for an electronic sign-stealing scandal, followed by the firing of general manager Jeff Luhnow and manager A.J. Hinch by team owner Jim Crane.

And now comes the departure of Harden, to whom the Rockets have repeatedly deferred in terms of roster construction, and who in six seasons in Houston had become arguably the brightest star in the city’s sports firmament.

He is the owner of a new restaurant called Thirteen, for his uniform number, about to open in Houston’s Midtown entertainment district, and part-owner of the Houston Dynamo soccer franchise.

A series of changes for Astros, Rockets, Texans

And now he’s history, the latest adjustment in a series of past, present and, perhaps, future changes confronting a reeling fan base.

The Astros earthquake was past. The Harden blockbuster is present. As for the future, the NFL Texans, also face the potential for madness and upheaval in the wake of quarterback Deshaun Watson’s dissatisfaction with management because he was not consulted prior to the hiring of new general manager Nick Caserio.

Watson’s concerns for the Texans’ future come on top of yet another recent trade that may have lacked the breadth and scope of the Harden deal but was no less breathtaking, the offseason trade of Texans wide receiver DeAndre Hopkins to Arizona. Hopkins’ trade was a massively unpopular deal that prefaced the firing months later of the man who arranged the deal, Texans coach and general manager Bill O’Brien.

Reaction to Harden’s departure, by contrast, may be more nuanced. Harden struggled in a double-digit loss Tuesday night against the Lakers and after the game said the team “was just not good enough.”

He sat out Wednesday afternoon’s practice, and Rockets coach Stephen Silas said the Rockets did not plan to play Harden again until they were able to arrange a trade.

Hours later, that trade was accomplished and Harden was bound for Brooklyn, offering another example of the degree to which athletes now hold the upper hand in the NBA in terms of power to reshape rosters and bend management to their will.

Power to the players

“The best players on good teams have always held major power,” said Jeff Van Gundy, the former Rockets coach who now works as an NBA analyst for ESPN. “But many times, a decade ago, those same players would say to themselves, ‘I can get away with this, but should I?’ That’s the type of responsibility that you would hope the best players would show.

“The popular term today is ‘player empowerment.’ I think what we’re seeing at times, and I’m not just speaking about Harden, is the abuse of their power. And I think we have to be very careful as a league that the fans can relate to our best players and that they’re conducting themselves for the most part well. I think there’s a big rift possible if that doesn’t happen.”

Asked if Harden’s conduct represented misplaced or abusive power, Van Gundy instead referred to Harden’s comments and conduct after the loss to the Lakers as well as earlier in the season, when he reported late to training camp.

“Let’s say he had come in and asked for a trade but then done everything right. Would he have been traded today? The answer is absolutely not,” Van Gundy said.

“This comes directly from an agent’s playbook that you have to act like a jerk to get what you want. I think everyone would agree that (Harden) brought it to a head with his post-game press conference. James Harden is very smart. He knew exactly what he was doing, and he got what he wanted because he was willing to act poorly.”

A history of trading stars

While the deal for Harden, the 2018 NBA Most Valuable Player, dominated sports headlines Wednesday, it is far from the only significant deal that the Rockets have made in their history.

In 1972, prior to their move to Houston from San Diego, the Rockets traded Elvin Hayes to the Washington Bullets for Jack Marin. In 1983, they also dealt a league MVP, center Moses Malone, to the Philadelphia 76ers for Rodney McCray, in a deal that led to two last-place finishes and the eventual draft rights to stars Ralph Sampson and Hakeem Olajuwon. Another blockbuster swap in 1995 brought Clyde Drexler home to Houston in return for Otis Thorpe.

There have been plenty of failed deals by Houston teams even prior to the Hopkins trade by the Texans – the Astros dealing future Hall of Famer Joe Morgan to the Cincinnati Reds and the Oilers dealing future Hall-of-Fame defensive back Ken Houston to Washington. A third MVP, running back Earl Campbell, was dealt in 1984 from the Oilers to the New Orleans Saints, but that was at the end of Campbell’s Hall-of-Fame career.

However, given the unusual circumstances that the Rockets faced with Harden’s wish to be elsewhere, Van Gundy said he believes Rockets management “did as well as they could (with the Harden deal). They should be praised.”

And now the games will continue, with Harden gone and Olidipo in a lineup that includes John Wall and Christian Wood, both acquired in the offseason.