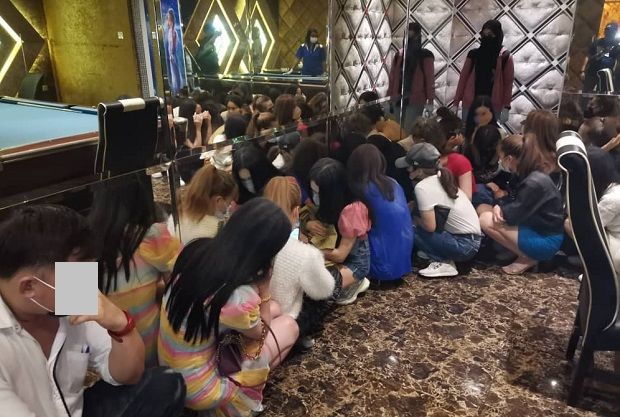 Its director Hapdzan Husaini said the foreigners comprised 15 Chinese, three Thais, and 10 Vietnamese, aged between 26 and 36.

He said also detained during the raid were seven local men, aged between 32 and 45, believed to be caretakers and staff of the outlet located in Jalan Canning Estate.

“Checks showed the women, believed to be working as GROs, are without proper travel documents.

“We carried out a thorough search and found them hiding in a narrow space in a secret passage,” he said in a statement on Friday (Dec 31).

Hapdzan thanked the public for providing information, adding that the department would continue to monitor and carry out such operations from time to time.