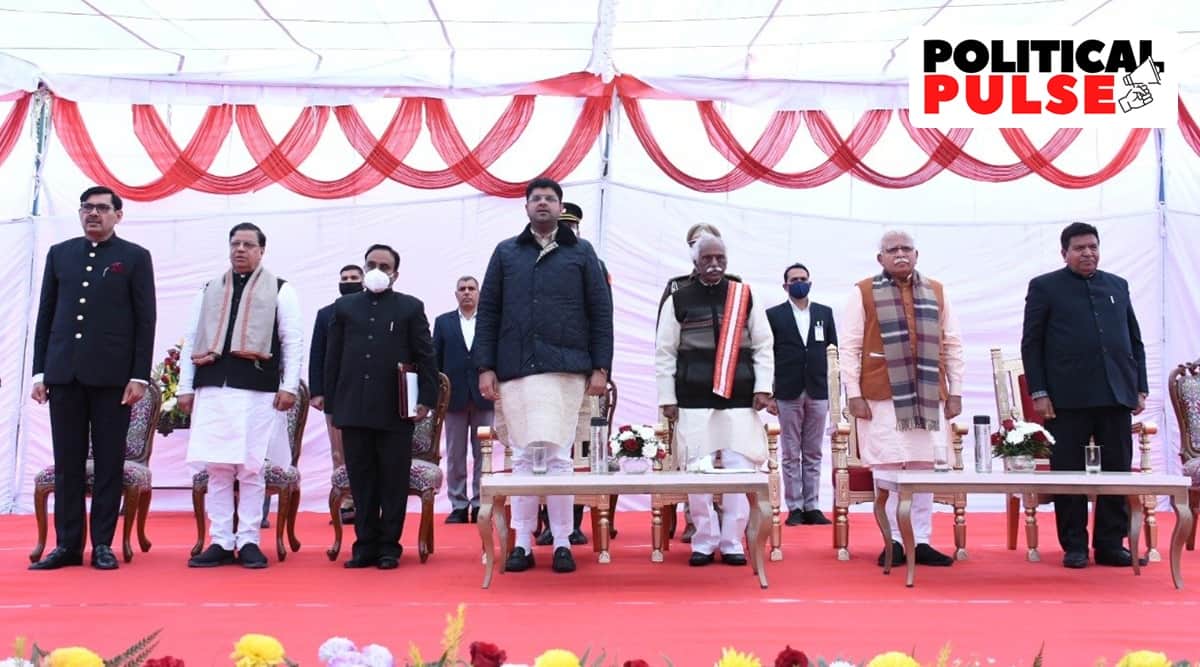 In the existing Cabinet, apart from Chautala, who is the Deputy CM, the only other JJP minister was Anoop Dhanak (Uklana MLA), a Minister of State holding the portfolio of Archeology and Museums (Independent charge) and Labour and Employment.

Sources said that with two vacancies in the Cabinet, the BJP had been under tremendous pressure from the JJP to accommodate more leaders from the party. Six short of the majority mark of 46 after the 2019 Assembly results, the BJP had formed the government with the help of the JJP’s 10.

Babli’s induction is significant as he was a strong critic of not only the BJP but also Chautala during the long stalemate with the farmers. Having defeated BJP state chief Subhash Barala in 2019 by over 53,000 votes, Babli, a Jat leader like Chautala, had expected to be made a minister but was kept waiting for two years. He also has pedigree on his side, with grandfather Captain Umrao Singh having been a member of the Azad Hind Fauj led by Subhas Chandra Bose.

In January 2020, Babli called the BJP-JJP government “the most corrupt” and said he was “ashamed” at being part of a government where “nobody was bothered about people”. Babli even called the state police officers “nothing but vardi vaale gunde (hooligans in uniform)”.

He repeated the allegations speaking to The Indian Express, saying: “People are not satisfied. How can they be satisfied when even I (an elected representative) am not satisfied?”

Babli wasn’t the only JJP leader concerned over the impact of the farmer anger on the party that is still a greenhorn, having fought its first election in 2019. With farmers taking out their anger by not letting BJP and JJP MLAs visit constituencies or hold public meetings as the protests went on, JJP MLAs had put pressure on Chautala to withdraw support to the Khattar government. Last January, six JJP MLAs issued “a virtual ultimatum” to the leadership to raise the farmers’ issues before the Centre.

The other new minister, Kamal Gupta, is a Bania, a community that the BJP is hoping to keep by its side. A qualified doctor, Gupta is an old RSS worker, a long-time dedicated worker of the party, and a two-time MLA from Hisar.

Senior Congress leader Bhupinder Singh Hooda dismissed the Cabinet expansion. “The political relevance of a government in a state is whether it is efficient or not. Inducting new ministers will not bring any change to this government’s functioning. It has already failed on all fronts.”