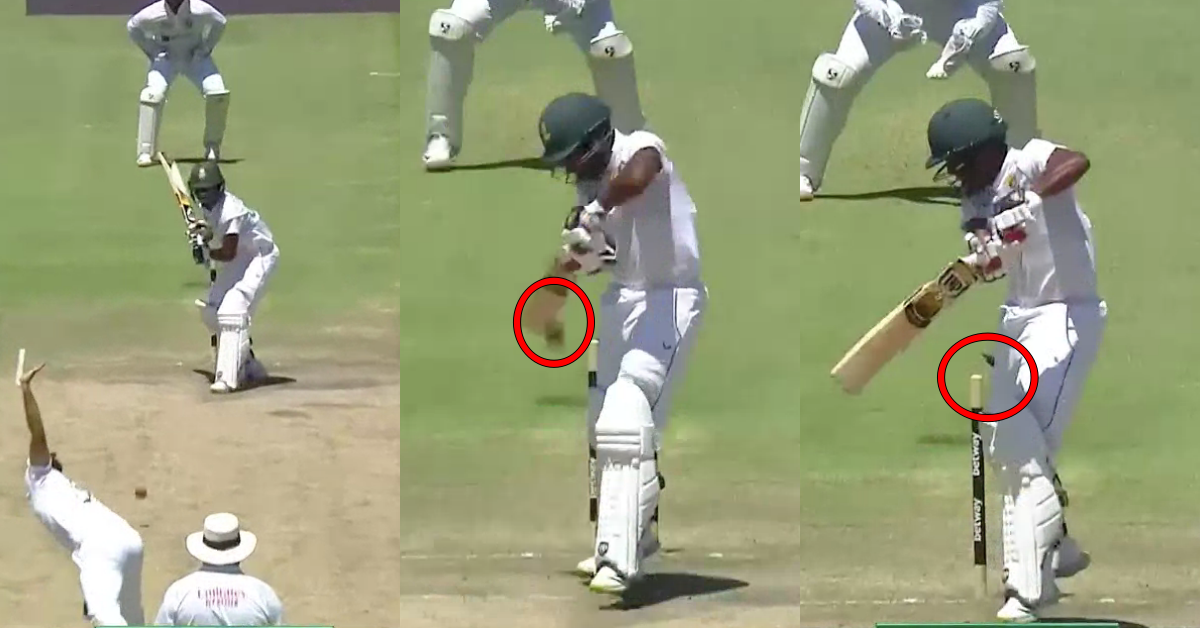 Indian bowling all-rounder Shardul Thakur’s knack of taking wickets when it matters played a part once again as he bowled Keegan Petersen, who helped himself to a sturdy 82-run knock.

Starting out the day needing 111 runs to win, India began excellently albeit with no luck. There were plenty of plays and misses but none of them caught the edge. It seemed like India was slowly being pushed out of the game before Thakur delivered.

He was brought into the attack as the second change and got the key wicket of Petersen. Until that point, Petersen had played excellent backfoot shots but it proved to be his downfall this time around.

Going back to a good length delivery, the youngster tried to cut but got an under-edge which dislodged the stumps, ending his 113-ball stay at the crease.

It was a much-needed dismissal although it might have come a bit too late for the Indians. Nevertheless, Petersen managed to put South Africa in a strong position and with the composed head of Temba Bavuma left in the dugout, the target should be within the Proteas’ reach. A win here will ensure that South Africa pockets the series 2-1 and maintains their clean record against India.