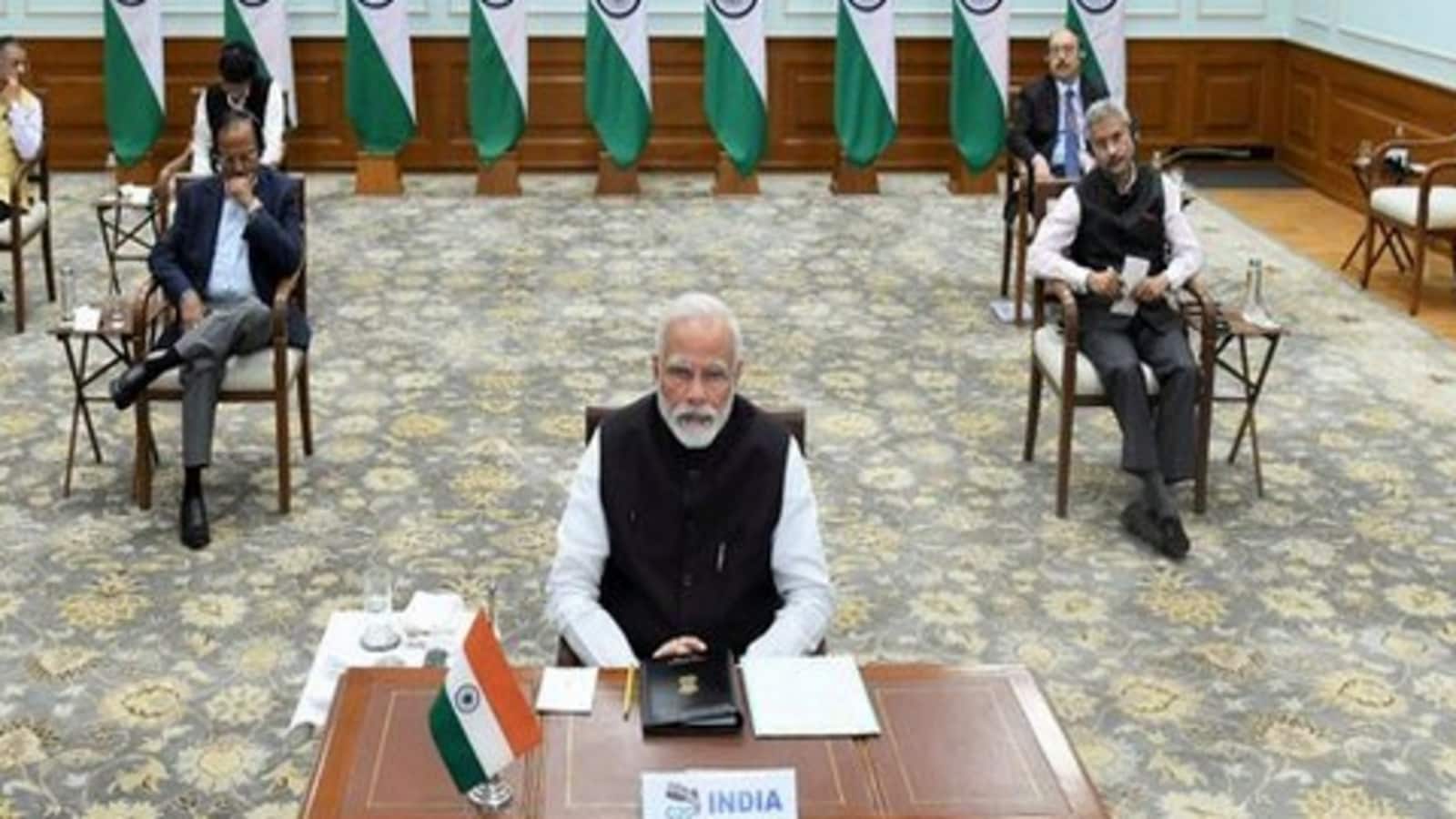 Speaking at the 18th SAARC summit in Kathmandu in 2014, the last one of the grouping, Prime Minister Narendra Modi said: “The future I dream (of) for India, is the future I wish for the entire region.”

The 19th SAARC summit in Islamabad was put to sword by Pakistan based terror group Jaish-e-Mohammed, which attacked the Uri Brigade headquarters and killed 19 Indian Army troopers and injured another two score on September 18, 2016.

Except Nepal, the chair, all other SAARC countries walked out of the summit with India.

Eight years after the last summit, Afghanistan is under the rule of a radical Islamist Taliban regime with total budget for the current year (as announced on May 18) a mere $2.6 billion. The country is on verge of famine and disease as the ISI-sponsored Haqqani Network led by global terrorist Sirajuddin Haqqani fights for the control of Kabul with the Kandahar Taliban led by Mullah Omar’s son Yaqub. Economically ravaged, the country is on life-support, with jihad and drugs being its only global exports.

The irony is that the Taliban in Afghanistan are now locked in a simmering conflict with their mentor, the Pakistan Army, and refuses to recognize the Durand Line as it divides the Pashtun tribe between the two countries.

In Pakistan, even though Imran Khan Niazi has been booted out of power, ending the political turmoil (for now), Pakistan Prime Minister Shahbaz Sharif is facing a full-blown economic crisis at hand and does not have a magic wand to miraculously solve the country’s multiple problems.

The Pakistani Rupee has scored a double century against a US dollar and the country’s external debt has crossed more than 71% of the GDP with food inflation and interest rates in double digits. Thanks to the myopic vision and arrogance of Khan, Pakistan today has made an adversary out of former close allies, the US, and the EU, but has close ties with Communist states of China and now Russia. Sharif is in a Catch-22 situation where tough economic decisions could bring the public on the streets and status quo will lead to disaster and ruin. And for that he must thank Imran Khan for doing his bit by trying to play the imperial power game in Kabul and getting on the wrong side of better players of the great game in a desperately poor country.

Pakistan’s comrade in arms in the Belt Road Initiative (BRI) Sri Lanka has been knocked out by economic crisis with the Sri Lankan Rupee certain to score a quadruple century against the dollar, non-existent foreign exchange reserves, runaway food inflation, and no fuel.

Unless IMF gives loan to Sri Lanka, the state, thanks to the Rajapaksas (who erred in many ways, not least by cosying up to Beijing without realizing that everything came with a price tage), will eke out a hand to mouth existence for many years. Simply put, the Sri Lankan story is over for the current decade.

With Nepal not trapped (yet) in BRI debt, the situation in Kathmandu is slightly better but weak Nepali Rupee-US Dollar exchange rate, inflation, and external debt remain a matter of serious concern.

Prime Minister Sher Bahadur Deuba has made it clear to Beijing that Nepal will not accept loans but only aid from China.

Bangladesh under the strong leadership of Sheikh Hasina is holding firm despite global instability sparked off by Russian invasion of Ukraine and its impact on food and fuel prices. However, Dhaka faces a serious threat from Islamic radicalization of the masses by the Jamaat-e-Islami (JeI) and Jamaat-ul-Mujahideen (JMB) besides the influx of Rohingyas, who are now dabbling with Pakistani based terror groups like Laskar-e-Toiba and Jaish-e-Mohammed. Maldives’ political situation has become more stable but the country too faces the threat of Islamic radicalization.

And the hermit kingdom of Bhutan faces the threat of a constant nibbling of its borders by the PLA and the Chinese threat to Doklam plateau on trijunction with India is far from over.

Under the present circumstances, there is no hope for SAARC: some its members are on oxygen support; many will likely gang up against India, the only country that has borders with all members of the bloc-that-never-was, including Afghanistan via Wakhan corridor in Pakistan occupied Kashmir; and the BRI countries will definitely play the China card. Hence, it is only pragmatic for India to engage with all its neighbors bilaterally and provide full support to countries on a reciprocal basis. Although PM Modi sees a lot of hope in relations with Nepal, the same cannot be said at present about Sri Lanka, whose leadership continues to remain besotted with China.

Relations with Islamabad are yet to be normalized and remain toxic due to relevance of Kashmir as a political card and perceived vote catcher for Pakistani parties. While the Pakistan Army sees no return on its investment when it comes to Kashmir, proscribed terror groups in that country collect huge funds in the name of jihad in Valley. SAARC is dead, and it is time to move on.