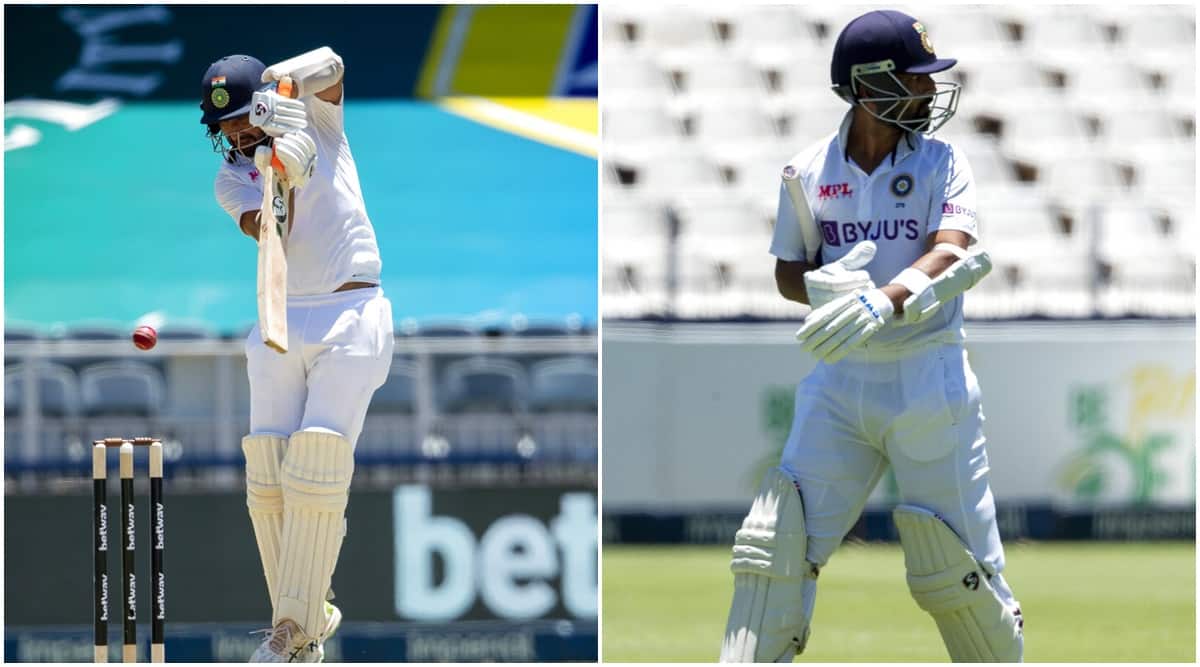 In hindsight – and all post-mortems have the benefit of hindsight – had it not been for arguably the best batting day of the series, the first day of the first Test, India could have ended the three-Test rubber against South Africa in a worse position. Roused by KL Rahul’s century, they had gone to stumps on 272/3, which quickly turned into 327 all out when play resumed on the third morning.

“The batting has let us down in the last two games when we needed to step up, and there is no running away from that… That is why we ended up losing the two Test matches, because collectively we lost too many wickets in one session. We have done that a few times in the past as well,” captain Virat Kohli said after the series was lost 1-2 at Newlands.

Looking at it by batting position, one can’t fault the opening combination too much. Rahul followed up his century with a fifty in Johannesburg, and looked the most assured of the Indian batsmen. Mayank Agarwal lasted long enough to provide some useful starts. But he will always struggle to play longer innings in these conditions with the tendency to get squared up and push forward with hard hands. In any case, he isn’t part of the first-choice opening combination at the moment.

The time has, in all likelihood, come to finally address the elephant in the room – the misfiring middle order filled with veterans.

If there was one glaring difference between the two sides, it was at No. 3. Keegan Petersen got better and better as the series reached its climax. Three flowing half-centuries, two of them in the decider, and an important 28 that set the tone for the chase at Wanderers, came from his blade.

South Africa averaged 38.16 at No. 3. India managed 19.66. Starting from their previous tour of South Africa, in the last four years, India’s No. 3 position has averaged 32.83, which is seventh among all Test teams. India’s No. 3 strike rate of 39 is, of course, right at the bottom of the table. There is possibly a case to be made here that some of the other teams may have started pulling ahead with a more resourceful No. 3 who drives the game forward.

Cheteshwar Pujara has been one of India’s finest batsmen, but if India do not utilise the upcoming home Tests against Sri Lanka to try out someone else at No. 3, it will be a waste of an opportunity. There is little to be achieved now if Pujara bosses another hapless attack in home conditions.

Ajinkya Rahane at home has anyway been, more often than not, a disappointment, so again the question for the selectors will be whether there is anything to be gained by keeping out another deserving youngster against Sri Lanka. His boy-on-the-burning-deck style overseas ended with two poor choices of shots in Centurion, and thereafter South Africa sorted him out with a few peaches.

A half-century each across 16 innings on such a big tour is clearly not what a No. 1 team should be expecting from their main three batsmen, even if one points out the permanence of class and transience of form. They kept out Hanuma Vihari for a year after his Sydney heroics, and in the only game he got at Wanderers due to Kohli’s injury, he batted superbly with the tail to make an unbeaten 40 and drag India to 266. He is also not the only deserving batsmen being kept out.

Kohli was non-committal about the future, saying it was up to the selectors to take the call, but also reiterated his support for Pujara and Rahane. “I cannot sit here and talk about what is going to happen in the future. You have to speak to the selectors, what they have in mind,” Kohli said. “This is not my job.

“I will say it again, we will continue to back Cheteshwar and Ajinkya because of the kind of players they are, what they have done in Test cricket for India over the years. They played crucial knocks in the second Test, you saw that important partnership in the second innings. These are the kind of performances we recognise as a team.”

Coming to the man himself, if he was not Test captain, 12 successive overseas dismissals edging to wicketkeeper or the slips would have surely raised many more eyebrows. He’s tried all but avoiding the cover drive but it hasn’t worked. The fact that he does not cut or punch much off the back foot makes it only harder if the opposition bowls dry.

The 29 off 143 in Cape Town also went against his own oft-repeated tenet of showing intent and not allowing the opposition to get on top. At the moment, it is anybody’s guess how exactly Kohli is going to work himself into some much-needed big scores.

While Kohli was going through self-denial, Rishabh Pant was playing one outrageous stroke after another. He now has Test hundreds in Australia, England, India and South Africa, and it might be unpopular to say this, but before the Cape Town stunner, Pant had scored 86 runs in five innings on the tour.

The five-bowler strategy places a lot more batting responsibility on the wicketkeeper. And while Pant will continue to play the other-worldly knocks now and then, he will have to be more consistent in between if he bats at No. 6. There is no way a team can post competitive totals if Nos. 3 to 5 cannot get the runs and No. 6 gets them once in a while, no matter how unconventionally or aggressively he gets them.

A similar reasoning applies to the lower-middle order. Ravichandran Ashwin and Shardul Thakur averaged 15 and 10 with the bat in South Africa. One can tag them as all-rounders, but there is no point if they are going to get out playing expansive shots when the situation calls for discretion. It was especially jarring when they did that with Pant in full flow at the other end. It is fair to say India missed Ravindra Jadeja with the bat.

India invariably get away with these batting shortcomings at home. But if the selectors do not take this chance to address some of them starting with the Sri Lanka Tests, India may have to pay with more missed opportunities overseas.