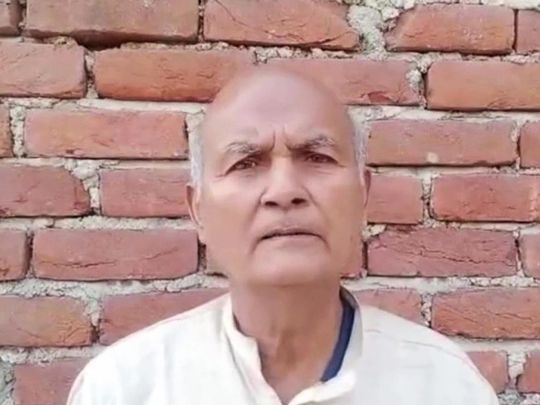 Patna: Bihar on Thursday ordered an investigation after an octogenarian was caught taking 12th dose of COVID-19 vaccine, in what appears to be a serious lapse on health officials.

Brahmdeo Mandal, 84, took the vaccine doses by using different identity cards and cell phone numbers for what he claimed have helped him “get rid of his chronic pains”.

A resident of Madhepura district, Mandal had taken 11 vaccine shots in the past 10 months. But his luck ran out this time when the health staff recognised him as he was about to get the 12th dose on Wednesday and reported the matter to senior authorities.

But Mandal claimed he got immensely benefited after taking 11 doses of vaccine and that is why he wanted more and more. “I had been suffering from chronic knee joint and back pain for a long time, for which I consulted many health experts but hardly got any relief. It proved to be a miracle when my first jab drastically reduced the chronic pain,” Mandal told the media on Thursday.

“I got relief from back, waist and knee joint pain and that’s why I have been taking it repeatedly,” he said, asserting that his oxygen levels too significantly improved after the vaccine jabs. Describing the vaccine as “elixir of life”, Mandal claimed he is now “immune” to cough and cold. He said the Indian government had introduced a wonderful thing in the form of vaccines and the people should avail of its benefits.

He said he was so desperate that he took two  vaccine doses two days in a row. While he took the eighth dose on September 22, he got the ninth a day after. Although he took a total of three doses in that particular month, he escaped the government surveillance system.

Health department authorities said Mandal, a former department employee, tricked the health workers by submitting different identity cards and mobile numbers each time he took the vaccine. He even used the cell phone number of his wife and went to neighbouring districts to get the vaccine jabs.

“It needs to be verified whether the man is speaking the truth or making the fake claims,” local civil surgeon Amarendra Narayan Shahi told the media.

The official warned of action if the man’s claim turned out to be true during investigation. “He may also end up facing the music for getting jabbed so many times knowingly and willingly,” the civil surgeon said, adding as per rules no person was supposed to be administered more than two doses.