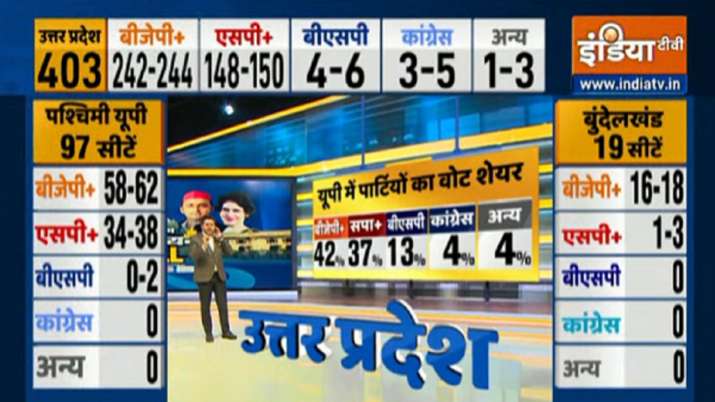 Uttar Pradesh assembly elections are going to be held in 7 phases beginning February 10 and the results will be declared on March 10. In February and March, assembly polls are scheduled in 5 states including UP, Punjab, Goa, Uttarakhand, and Manipur. Many political analysts are also viewing upcoming elections in Uttar Pradesh as a trailer for the 2024 Lok Sabha elections as its result may reflect the mood of the nation. In 2017 UP assembly election, BJP won with a massive mandate winning 325 seats out of a total of 403, SP won 54, BSP 19, and Others got only 5 seats. Now, ahead of the high-stakes elections, the India TV-Ground Zero Research team conducted an opinion poll to gauge the mood of voters in Uttar Pradesh and to determine which political party is having an edge over the other. Uttar Pradesh has a total of 403 assembly seats. This is the latest opinion poll survey which was conducted between January 20-25. Catch all the updates here.