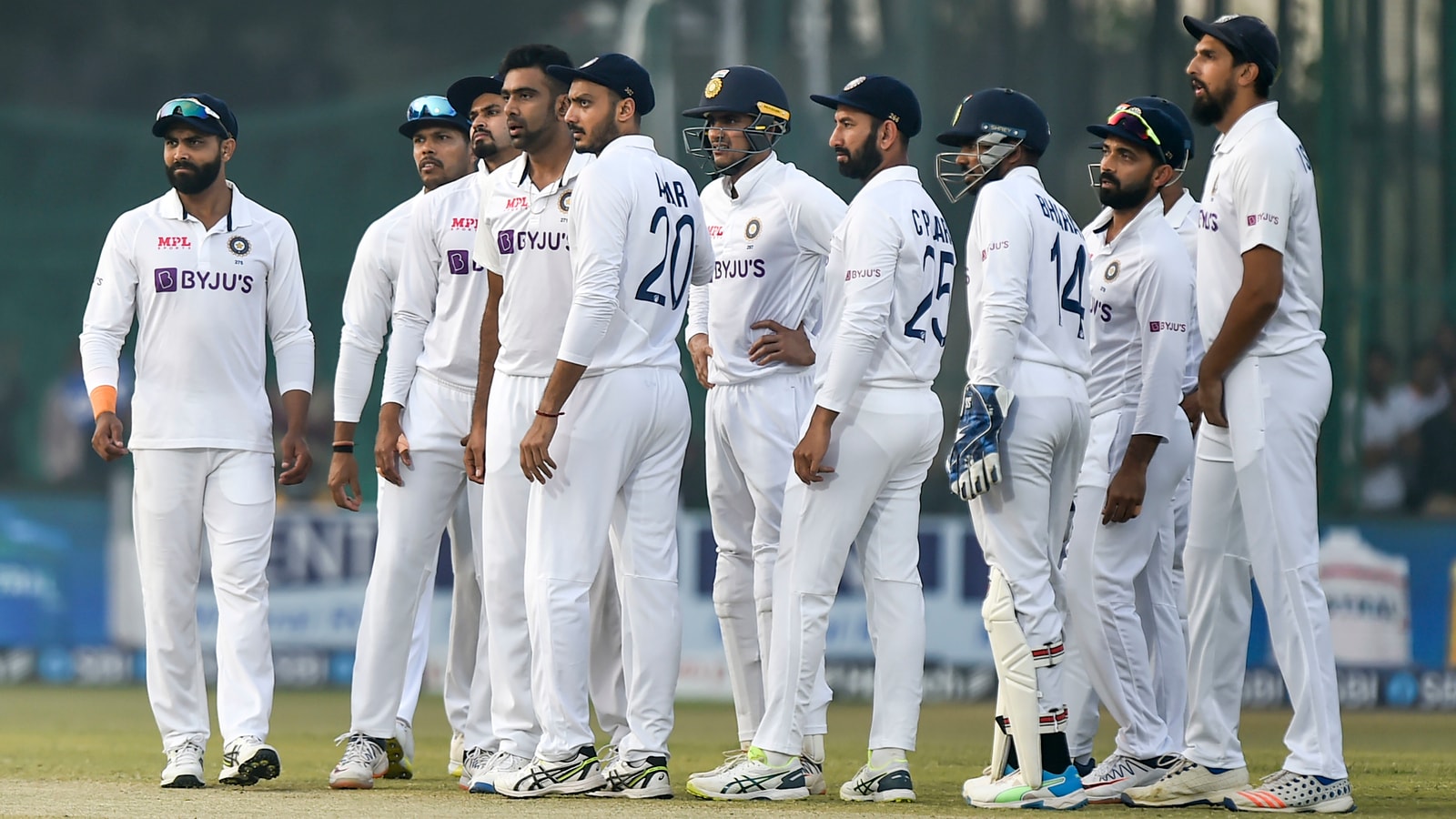 India vs New Zealand Live Cricket Score, 1st Test, Day 5: After removing Will Young cheaply on 2, India will aim to pick the remaining nine New Zealand wickets on the final day of the Kanpur Test and go 1-0 up in the ongoing two-match series. New Zealand, on the other hand, will resume Day 5 from the overnight score of 4/1 and need another 280 to win the contest. Tom Latham, who fell five runs short from a deserving century in the first innings, will start the proceedings with night-watchman William Somerville. The tourists will heavily rely on their prolific skipper Kane Williamson and veteran batter Ross Taylor to rescue them out of the danger. Meanwhile, veteran off-spinner Ashwin, who is playing his 80th Test will be eyeing another milestone as he now stands a wicket away from surpassing Harbhajan Singh to become the third-highest wicket-taker from India in the red-ball format. The carrom ball specialist has so far scalped four wickets in the match. Catch the LIVE score updates of India vs New Zealand 1st Test, Day 5

Get our daily newsletter


‘Will open with him if Mayank goes out’: Jaffer makes unusual playing XI suggest

India vs New Zealand: With Mayank Agarwal in focus, former New Zealand captain Daniel Vettori agreed with Wasim Jaffer saying that it could “a stop-gap scenario”


INDvNZ: ‘He bats for more than an hour and doesn’t do anything’: Ex-PAK captain


Rathour responds to fate of Pujara, Rahane, Iyer for 2nd Test against NZ


‘There wasn’t much happening on the wicket’: Shreyas Iyer on late declaration

India declared their second innings at 234 for seven, having extended their overall lead to 283 runs on the fourth and penultimate day of the match.

Anjum Chopra, in exclusive conversation with Hindustantimes.com, believes that while the BCCI has shown intent, having announced a four-team Women’s T20 Challenge last season before it was cancelled owing to the pandemic, there is gap with its execution due to their ‘conviction in going forward’.