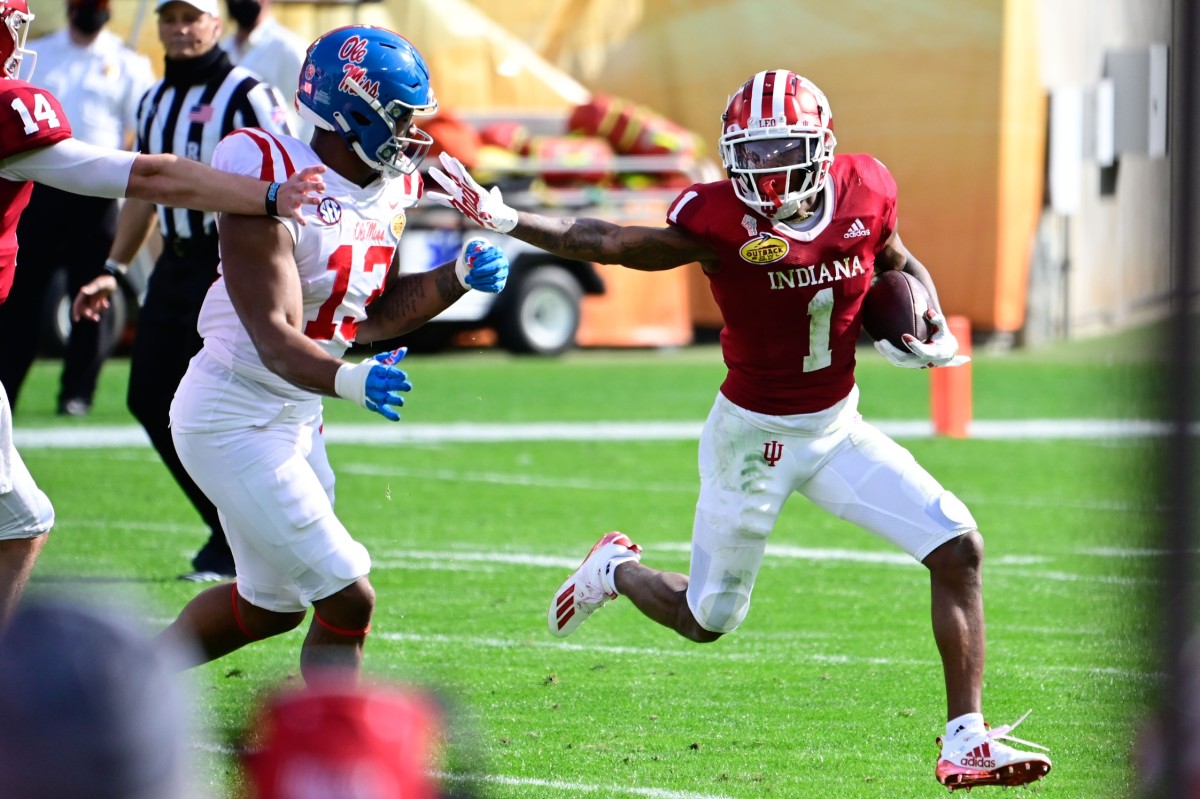 Philyor was a senior this past season, but he had the chance to come back since every NCAA athlete was given an extra year of eligibility due to COVID-19.

But Philyor announced on Twitter he is moving on and pursuing his dream of the NFL. Philyor tweeted, “ONCE A HOOSIER ALWAYS A HOOSIER.”

Philyor ended his Indiana career with a record-breaking performance. In the Outback Bowl, Philyor broke an Outback Bowl and Indiana school record with the most receptions in a single game with 18 catches.

Philyor finished his senior season with 54 catches for 495 yards and three touchdowns.

Philyor is the first Indiana senior from this season to officially announce he is moving on.

Sports Illustrated Indiana will continue to provide updates on the Indiana football seniors.