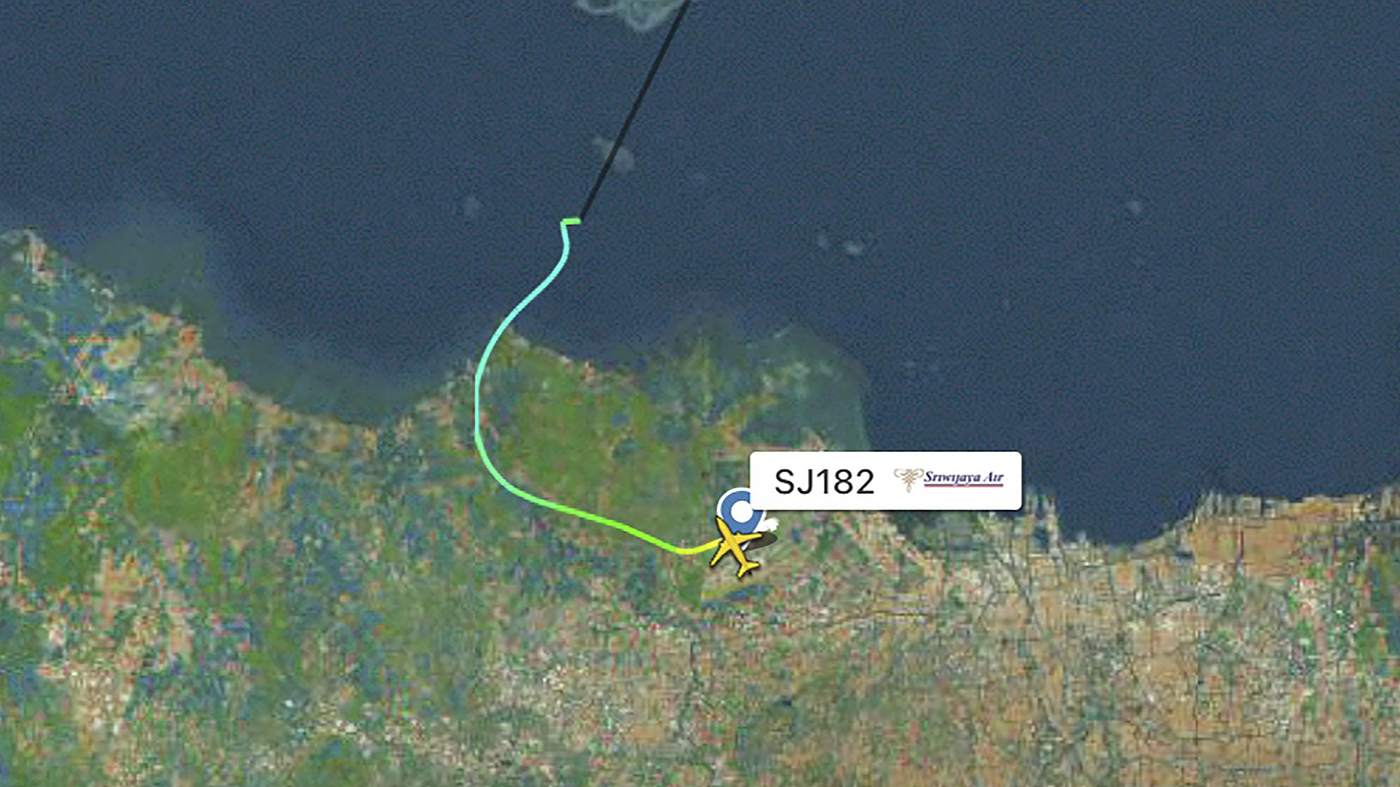 This radar image shows the flight path of Indonesian Sriwijaya Air Flight 182 before it dropped off radar on Saturday. 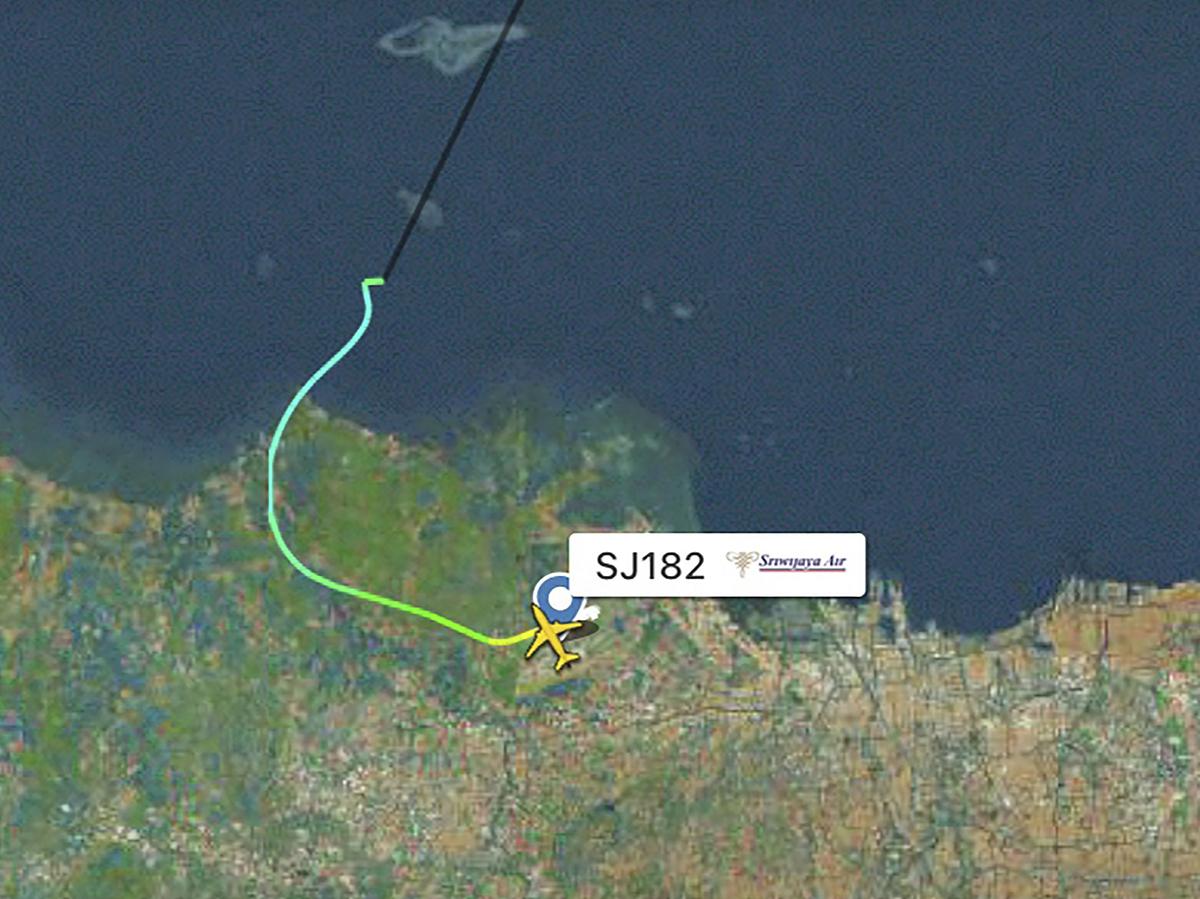 This radar image shows the flight path of Indonesian Sriwijaya Air Flight 182 before it dropped off radar on Saturday.

An Indonesian passenger plane carrying 62 people lost contact with air traffic controllers shortly after takeoff from the nation’s capital of Jakarta on Saturday, according to state transportation officials.

The Ministry of Transportation confirmed that airport authorities lost contact with the plane, Sriwijaya Air Flight 182, at approximately 2:40 p.m. local time. The plane, a Boeing 737-500, had taken off from Jakarta less than an hour earlier bound for the city of Pontianak on Indonesia’s Borneo island. Typically, it’s a flight that is around 90 minutes long.

About four minutes after takeoff, the plane lost more than 10,000 feet of altitude in less than a minute, according to the flight tracking site Flightradar24. The state-run Antara news agency said the plane had been climbing to an altitude of 13,000 feet before it lost contact with air traffic controllers at a position less than 15 miles from Jakarta’s Soekarno-Hatta International Airport.

The plane was carrying 56 passengers and six crew members, according to the Associated Press. In a statement to The New York Times, the airline said that management was “still communicating and investigating this matter and will immediately issue an official statement after obtaining the actual information.”