Apple has sent invites for a ‘special Apple event’ on October 13, which is likely to be the iPhone 12 launch event. Apple invites often contain hints about what to expect, but this Apple event invite just shows a series of circles, and the words “Hi, Speed.” That could be a hint towards 5G speeds, as the new iPhone 12 models are expected to support high-speed 5G connectivity. The event will take place on October 13, at 10am PDT, or 10.30pm IST. Apple hasn’t shared any further details, but we can safely expect the entire iPhone lineup to be revealed at the Apple event on October 13. 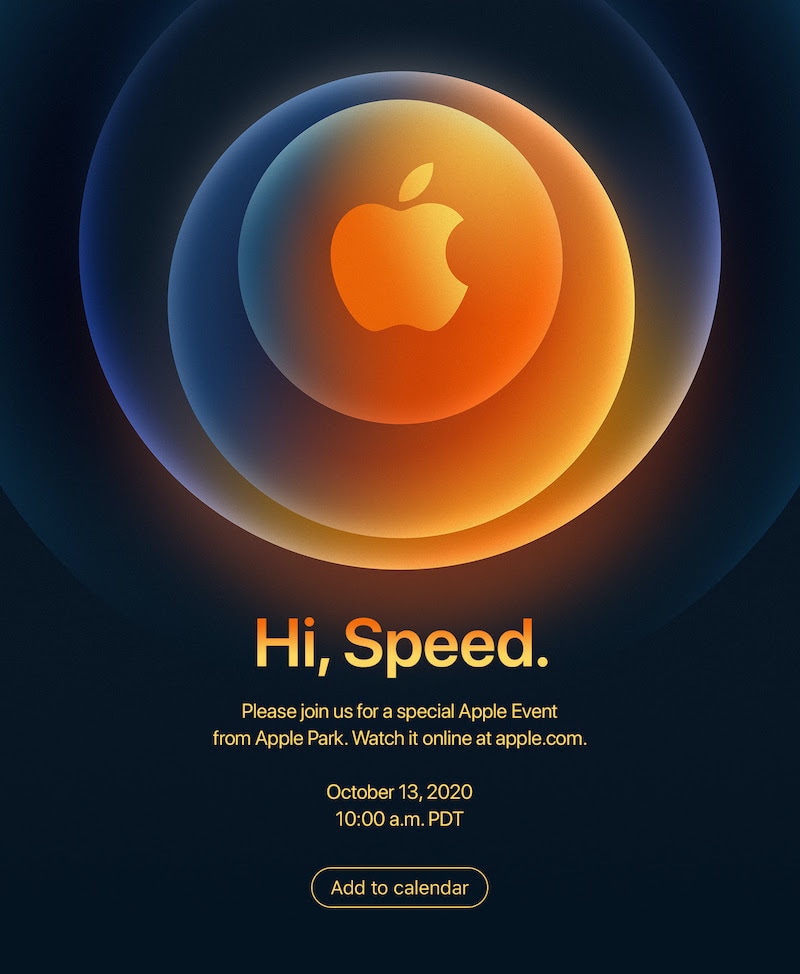 Other reports suggest that the upcoming iPhone 12 models might be more expensive than in previous years. Although early speculation suggested a price of $699 to $749 (roughly Rs. 51,300 to Rs. 55,000) later leaks have suggested that the Bill of Materials (BOM) has gone up for the iPhone 12, and it could start at $749. This increase is believed to be due to the support for 5G on the phone. At the same time, some leaks suggest that only the iPhone 12 Pro Max will come with the faster mmWave 5G technology, while other models of the phone will support the more common Sub-6GHz 5G.

Of course, the price of the phones when they come to India will not be a direct conversion from the dollar value but will be higher as other costs including shipping, customs, taxes, and more need to be factored into the equation as well.

It is also expected that Apple will not include a charging cable with the iPhones. Apple has already started removing chargers from its products like we saw with the Apple Watch Series 6 and Apple Watch SE models, as well as the new iPad. Although some people see this as unnecessary cost cutting, for people who are already a part of Apple’s ecosystem, this could cut down on clutter and waste, some have argued.

Beyond that we know a few more details about the upcoming iPhones — a leak about the iPhone 12 Pro hints at a LiDAR camera, and a separate leak suggests that the phones will not come with 120Hz displays.

Are Apple Watch SE, iPad 8th Gen the Perfect ‘Affordable’ Products for India? We discussed this on Orbital, our weekly technology podcast, which you can subscribe to via Apple Podcasts, Google Podcasts, or RSS, download the episode, or just hit the play button below.