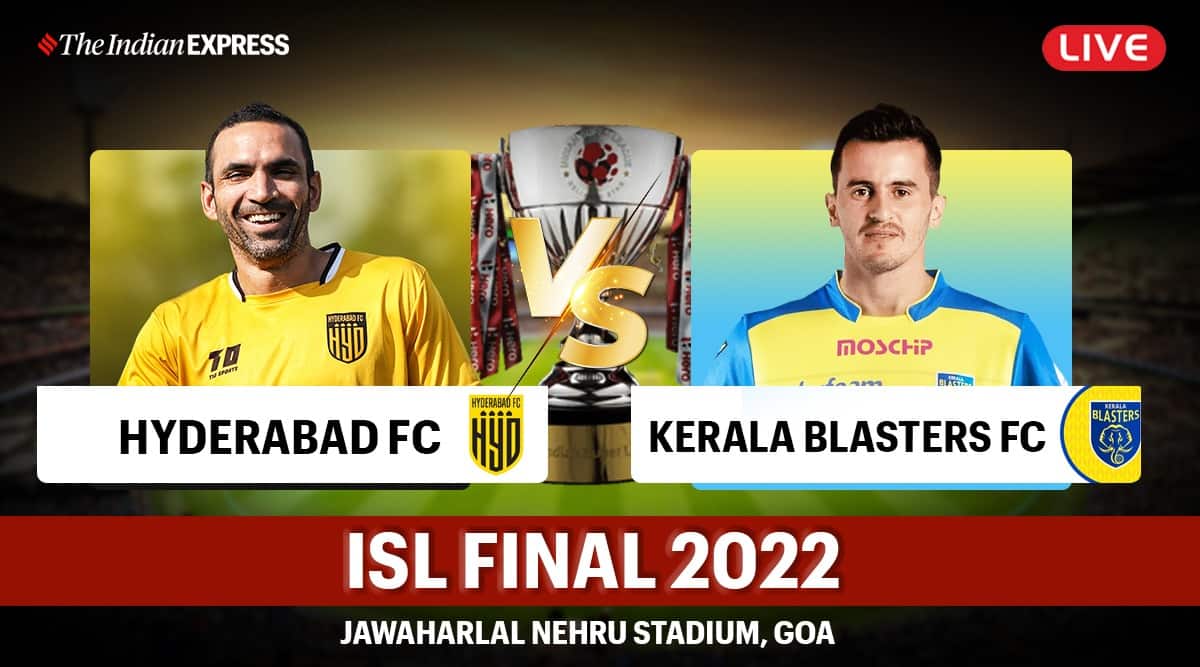 It will be Hyderabad’s maiden final appearance while Kerala Blasters will be competing in the final for the third time. (Twitter/Indian Super League)

An Indian Super League (ISL) season that has been punctuated routinely with Covid cases among various teams and its personnel, is finally coming to a close with a bittersweet ending. A horde of yellow is set to invade the tiny state of Goa as fans will be able to watch an ISL football game from the stands for the first time in two years. And it’s set to be a game worthy of the moment as Kerala Blasters make a return to the ISL Finals for the first time since 2016 and will face Hyderabad team making its own well-deserved debut at the stage.

What lies in store is an unexpected clash between two teams that not many would have expected to be at this stage of the competition. Judging by the sheer talent on display of ATK Mohun Bagan, the financial backing of Mumbai City FC and the pass-until-you-pass out football that FC Goa bring to the table, it was unlikely that these would be the two teams at the final. (READ MORE)