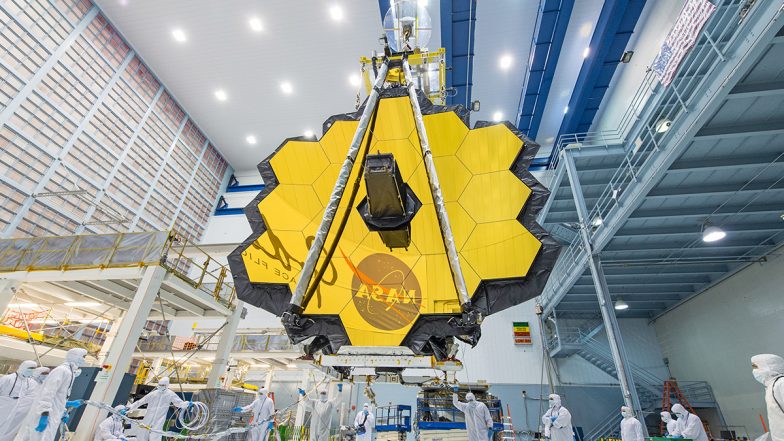 Built on the budget of USD 10 Billion, the James Webb Space Telescope was shot into space for main goals such as to search for light from the first stars and galaxies that formed in the Universe after the Big Bang, to study the formation and evolution of galaxies, among others. The JWST will explore every phase of cosmic history, from within our solar system to the most distant observable galaxies in the early universe and everything in between. The JWST will orbit the Sun near the second Lagrange point (L2) of the Earth-Sun system, which is 1,500,000 km farther from the Sun.

(The above story first appeared on LatestLY on Dec 30, 2021 01:25 PM IST. For more news and updates on politics, world, sports, entertainment and lifestyle, log on to our website latestly.com).