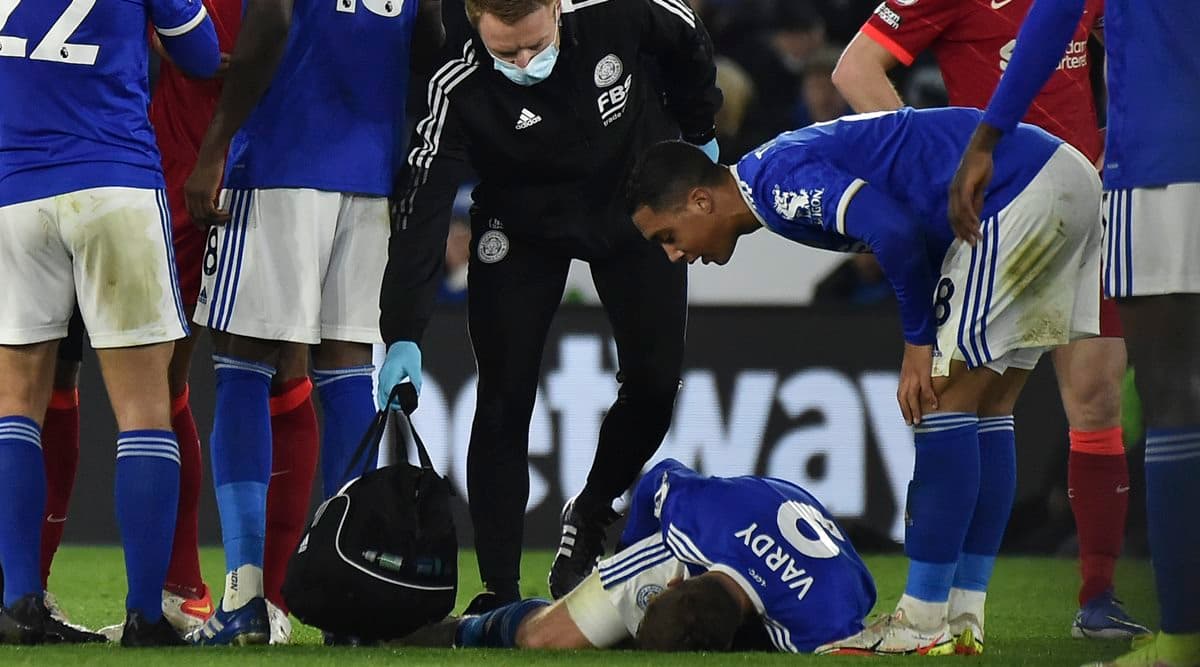 Leicester striker Jamie Vardy was ruled out Thursday for up to a month because of a hamstring problem, intensifying the team’s injury crisis.

It leaves Leicester with a striker shortage, with Patson Daka also injured and Kelechi Iheanacho set to depart for the African Cup of Nations next week.

At least seven other players are also currently sidelined.

Vardy was injured in the 1-0 win over Liverpool on Tuesday.

“Jamie will be out. It could be the next three to four weeks,” Leicester manager Brendan Rodgers said ahead of the home match against Norwich on Saturday.

“It’s a hamstring. He could soldier on, which is what he wanted to do, but the scan has shown up as that.”

Rodgers said he feels the packed festive schedule and the extra demands placed on players due to COVID-19 had played a significant part in Vardy’s injury.

“I think the fatigue element in that combination of games has probably led to it,” he said. “The players are not robots. People think because they are paid a lot of money they should turn out and play every single day of the week and that’s not the case.

“It’s the combination of games we have had and the recovery time has made it difficult for him.”

Daka was already out, having limped off with a hamstring problem in an English League Cup match last week. It will rule the Zambia international out of the African Cup, Rodgers said.

“Patson will not be going. He’s not fit. He will stay and hopefully within the next two to three weeks will be back again,” Rodgers said.