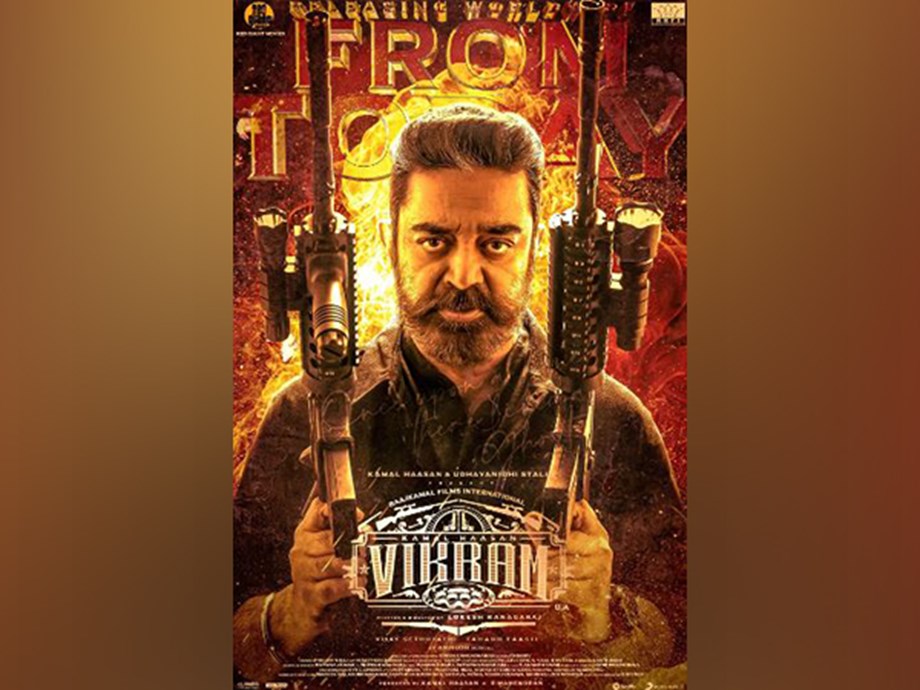 Even after 20 days in theatres, Kamal Haasan’s ‘Vikram’ is having an outstanding run at the box office. The thriller that is on its way to entering the Rs 400 crore club, continues to enthral the audience with its power-packed storyline and action sequences. But there is more good news on the way for Hassan’s fans as the film is all set to have an OTT release.

The film is a spiritual successor of the 1986 film of the same name. It revolves around a Black Ops cop team’s mission of unmasking a gang of masked murderers. Haasan plays the role of an agent working for RAW, Arun Kumar. He is at times brutal and ruthless with criminals. Vijay Sethupathi plays the antagonist in the movie. Produced by Haasan and Mahendran under the banner ‘Raaj Kamal Films International’, the film hit the theatres on June 3. (ANI)