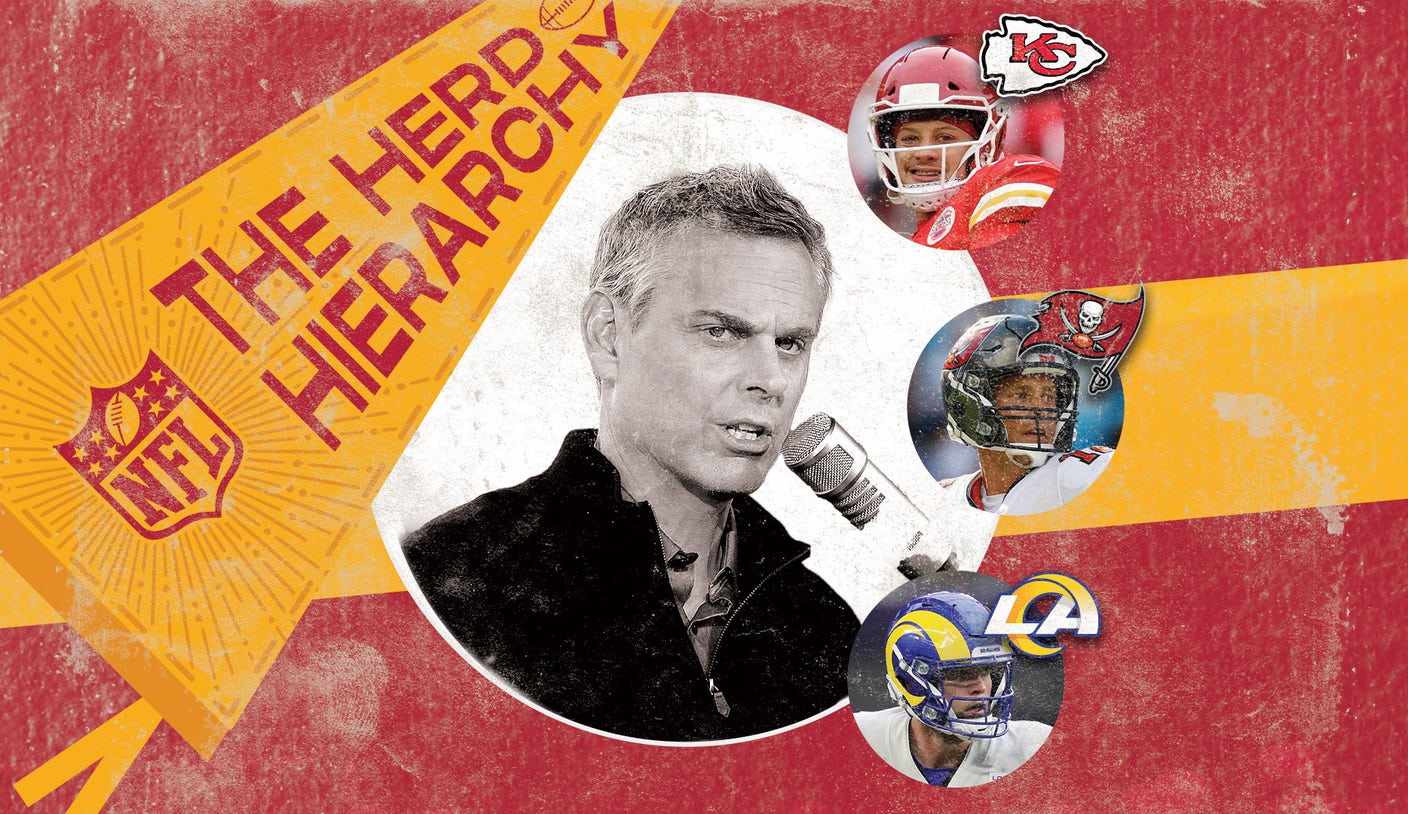 The jostling for position up and down Colin Cowherd’s Herd Hierarchy carried on following the conclusion of Week 16 in the NFL.

A new No. 1 a week ago was supplanted this week, despite the former top team winning its game over the weekend. Even so, Cowherd’s list doesn’t rely on standings alone to determine where a team is ranked.

Herd Hierarchy: Colin ranks the top 10 teams in the NFL after Week 16 I THE HERD

Colin Cowherd’s ten best teams in the NFL. Find out which squad he thinks is the best in the league after Week 16.

Here are the squads that make up “The Herd” host’s top 10 going into Week 17, along with some insights from FOX Bet.

(Note: All odds information current as of Tuesday.)

Colin’s thoughts: “I could have put so many teams at No. 10. … I’ll put Tennessee at 10. I love their coach. I love their culture, and they’re 4-3 since losing Derrick Henry. … Listen, this is going to make them a better team.”

Colin’s thoughts: “Great coach. Great defense. But, you know, their wins are weird. It’s almost like home-field means nothing. They’re 3-5 at home this year with the best coach in the history of football. … They’ll be in every single game they play because of that defense and [Bill] Belichick.”

Colin’s thoughts: “The thing I like about Buffalo: They’re a heavyweight fighter with a knockout punch. They lead the NFL in point differential and yard differential. They’re not perfect. That’s why I don’t have them in the top five.”

Colin’s thoughts: “I know they won big. I just want to give you one little bit of information: They are 5-0 against the NFC East this year and 6-4 against everybody else. They play in a terrible division. … I do think they’ll meet their reality in the playoffs.”

Colin’s thoughts: “Why are they in so many close games? Why can’t they put Cleveland away with four interceptions? Why? Because they give up 31st [most] yards per carry [on] run defense in the league. You’ve got to be frightened about that.”

Colin’s thoughts: “They lead the NFL in a key stat: yards per play. … It matters — 6.1 yards a play. What I like about them is the ways they can beat you. Matt Stafford has played poorly in games this year and they’ve won.”

Colin’s thoughts: “If Tom [Brady] is comfortable, they win and they win big. And like Buffalo, they’ve got a knockout punch. A lot of dominating wins. … Now, teams are getting healthy [and] they’re falling apart. I think it’s a problem.”

Colin’s thoughts: “They are 22-0 in their last 22 games in November and December. That’s pretty amazing. Why? … Because they tweak. … In all these seasons — this year, last year, the Super Bowl win — they’ve had dry spells.”