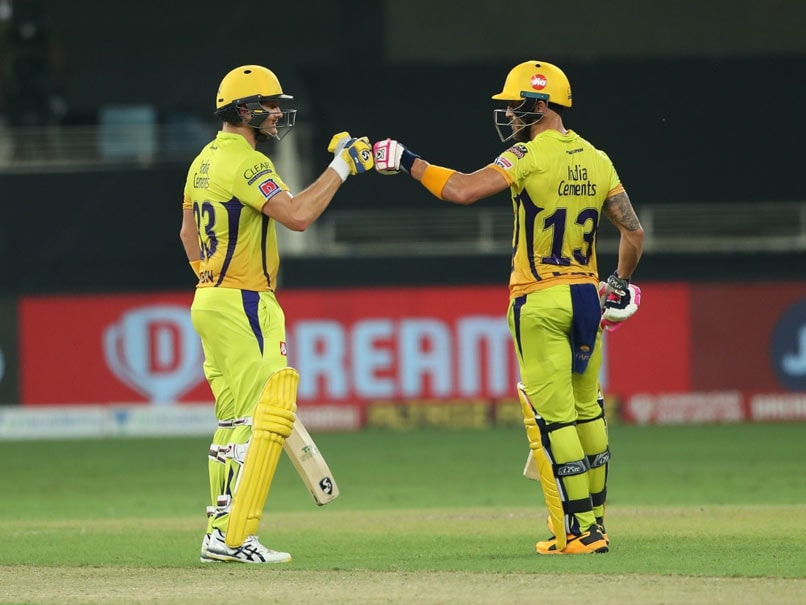 
Chennai Super Kings (CSK), after beating Kings XI Punjab by 10 wickets, will be high on confidence as they get set to face Kolkata Knight Riders (KKR) at the Sheikh Zayed Stadium in Abu Dhabi on Wednesday. After losing three games on the trot, CSK got back to winning ways thanks to a 181-run opening stand between Shane Watson and Faf du Plessis. On the other hand, KKR lost to Delhi Capitals by 18 runs. If CSK manage to get past KKR in match 21 of the IPL 2020, they can climb to the third spot on the points table.

Faf du Plessis: The former South Africa captain has been the most consistent performer with the bat for CSK this season. Du Plessis has scored 282 runs from five games in IPL 2020 so far and is just 20 runs behind KL Rahul in the race for Orange Cap. The Chennai-based franchise will hope for another good start from Du Plessis when they face KKR in Abu Dhabi.

Shane Watson: After a string of low scores, the Australian batsman roared back into form with an unbeaten knock of 83 against Kings XI Punjab. CSK will hope Shane Watson provides them a good start against a much-settled KKR bowling attack.

MS Dhoni: The CSK captain struggled to find the middle of the bat initially in the tournament but as he spent time on the field, MS Dhoni showed glimpses of what is he is capable of doing. Dhoni has scored 91 runs in four innings with an impressive strike rate of 135.82. Dhoni might promote himself up the order if the openers provide another good start to the team.

Eoin Morgan: The England ODI captain has been striking the ball well and has scored 136 runs at a strike rate of 151.11. Morgan came into bat at number six against Delhi Capitals and hit five sixes en route to an 18-ball 44 but couldn’t his side over the line. Dinesh Karthik might promote Morgan up the order when KKR face CSK on Wednesday.

Pat Cummins: The Australian pacer had a forgettable outing against Delhi Capitals, giving away 49 runs without taking any wickets. Cummins will be key for KKR against a star-studded CSK batting line-up.

Andre Russell: The West Indies all-rounder is yet to make his presence felt in the tournament. Russell has a highest score of 24 this season and will be looking for an improved show with the bat against CSK. With Lungi Ngidi warming the bench after a couple of poor performances, the advantage will be with Russell who will not have to deal with an out and out pacer to ruffle him up early in his innings.