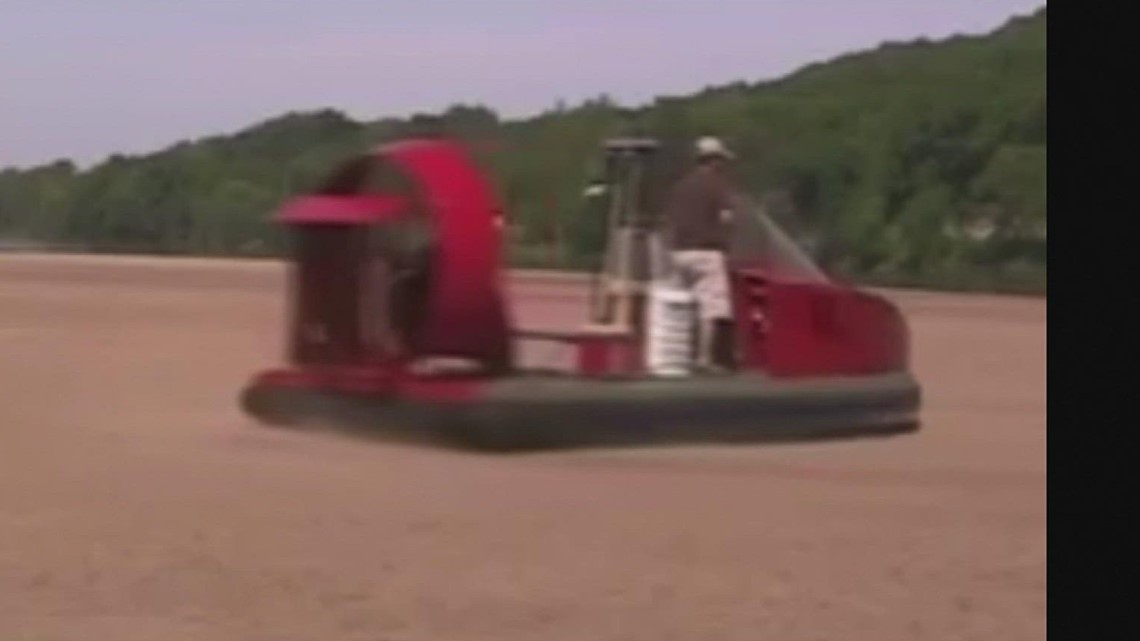 According to Kleberg County Sheriff Richard Kirkpatrick, new hovercraft technology is capable of surveillance that can get in and out of the narrow Los Olmos Creek.

KLEBERG COUNTY, Texas — The Kleberg County Sheriff’s office is looking toward a new type of technology to stop illegal crossing of the Texas-Mexico border.

According to Kleberg County Sheriff Richard Kirkpatrick, new hovercraft technology is capable of aerial surveillance that can get in and out of the narrow Los Olmos Creek.

Kirkpatrick adds that the the creek is where some 20,000 migrants cross each year, leaving behind water bottles and other debris including clothing. He said when migrants cross the creek they end up stripping off their clothes because the water is so salty that it burns their skin.

The department is then called on to rescue them and in other cases they are finding dead bodies along the creek, but getting there is the problem. Due to the thick brush area and the fact that the creek is shallow in a number of spots which only the hovercraft could get through.

We have applied for a grant to purchase an amphibious type vehicle like a hover craft or a similar solution in an effort to Patrol those areas because we simply can’t access them,” Kirkpatrick said.

The sheriff said the grant is through the State’s Lonestar Program. He’s asking for some $700,000 to purchase the hovercraft along with telecommunications equipment to help deal with the migrant situation in his County.

More from 3News on KIIITV.com:

Want to send us a news tip?

Put your name and contact information below so we can get in touch with you about your story should we have questions or need more information. We realize some stories are sensitive in nature. Let us know if you’d like to remain anonymous.

If you do not have a photo/video to submit, just click “OK” to skip that prompt.