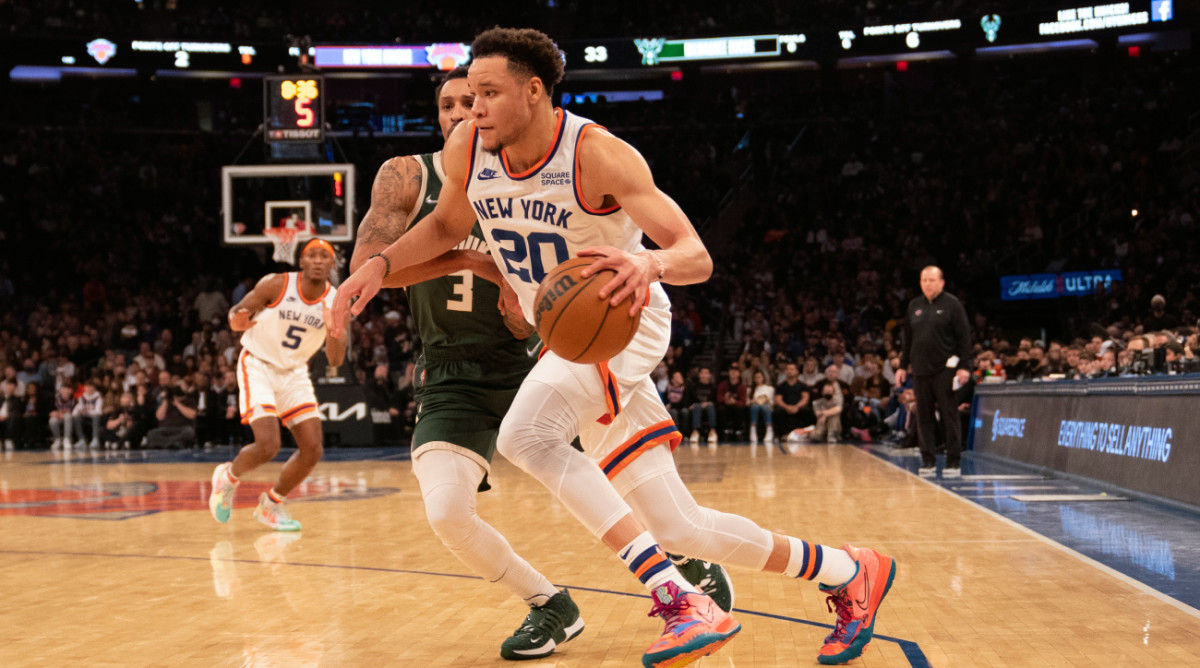 The Knicks traded for Hawks forward Cam Reddish on Thursday, a high-upside move that has gotten plenty of praise from the NBA world. Former first-round pick Kevin Knox was included in the deal, highlighting the incredible struggles that the team has had in developing and maintaining its first round picks.

The Knox move adds to the history of New York draftee flameouts. As shared by The Athletic‘s Fred Katz, the deal extends the team’s streak of first-round picks that haven’t landed a second contract with the team.

The last player to do so? Charlie Ward, a ‘94 draftee by the Knicks.

Ward finished his rookie deal with the Knicks, signing another five-year contract that kept him with the team through the ’03–04 season.

Not all of those players have been outright busts. Lee and Porziņģis would make All-Star games, and other players like Nenê, Frye, Chandler, Gallinari, Hardaway Jr., and Shumpert would go on to be valuable players. Most of them made their biggest impacts elsewhere, though.

The 20 first rounders from Wallace through Knox managed to play just 41 total seasons during their first contracts in New York, with five of the players never suiting up for the team at all.

The streak could be in jeopardy, as Barrett has been very solid over the last few years for the team, but there are certainly no guarantees that the Knicks commit to him long term.