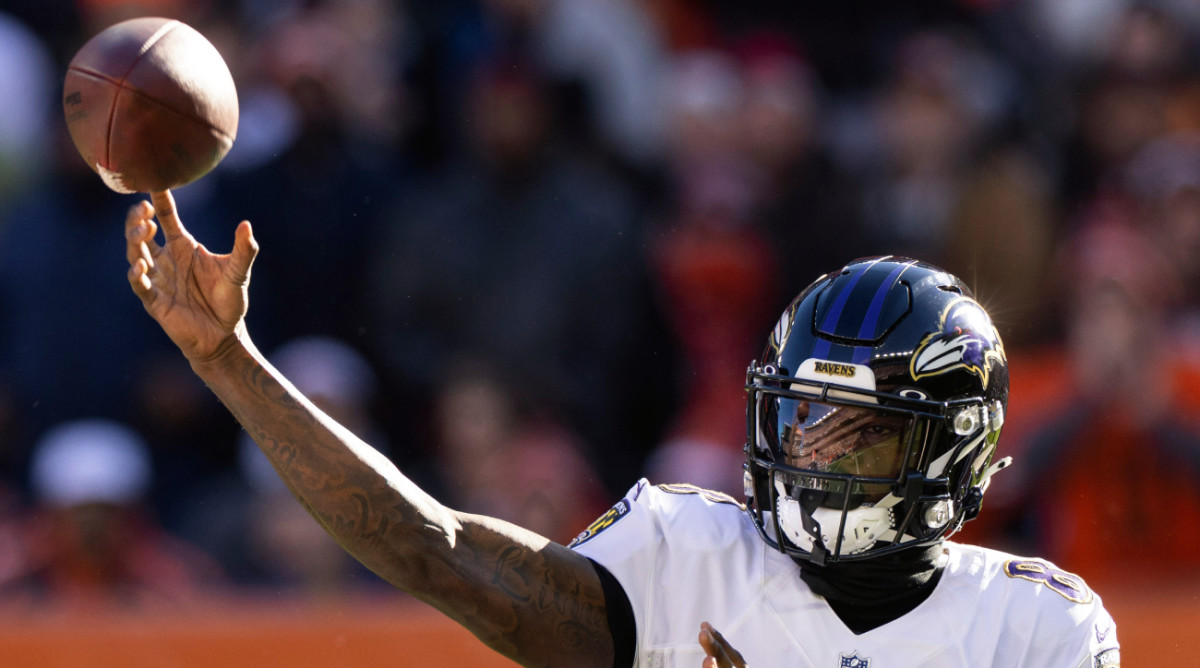 SportsCenter reposted a video of Gow from @theqbplug on TikTok, and the Ravens quarterback quote tweeted the video stating that Gow will be a “#1 Overall pick” in the future, adding four fire emojis.

Gow responded to the shoutout from Jackson, posting three saluting emojis, meaning he will try to become the No. 1 pick for Jackson.

The video narrator asks at the end if people think it is an advantage for a quarterback to be ambidextrous? Although there were mixed responses, Jackson seems to think it is.

Some colleges seem to agree, as Gow already has 13 schools looking at him according to 247Sports. Those schools include Notre Dame, Michigan, Oklahoma State and Texas.

However, he has a while before he has to choose his future college as he is only entering his sophomore season. He started as a 14-year-old freshman for Bellevue East High School in Nebraska. His home state school, Nebraska, is also interested in him.

Gow won’t have a chance to be the No. 1 overall pick until at least the 2028 NFL draft, which would follow his junior year of college. So, Jackson and football fans will have to wait a while to see if Jackson’s prediction comes true.