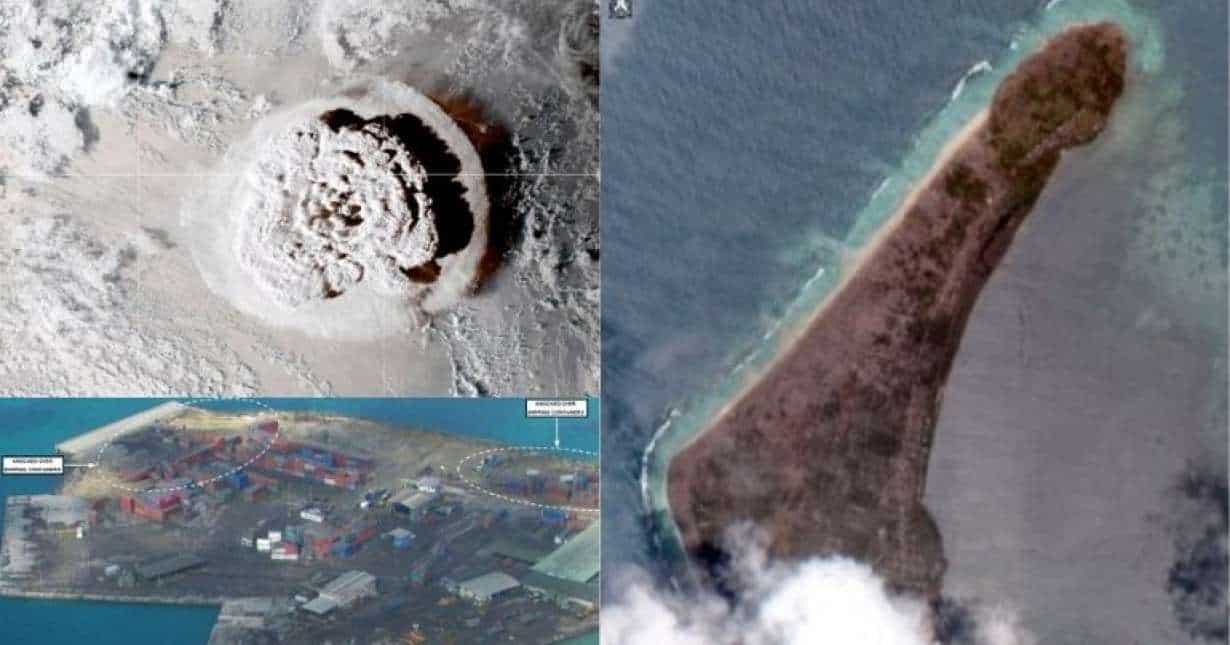 Tsunami and then volcano in Tonga

Satellite picture of Nomuka island in Tonga on December 18, 2021 and the same area covered in ash on January 17, 2022, two days after the eruption of nearby Hunga-Tonga-Hunga-Ha’apai volcano.

In the tsunami that followed, waves in Tonga rose up to 15 metres (50 feet) in some areas, the small Pacific island nation’s government said in a statement.

Three people were killed and “a number” were injured, the Tongan government said, calling the volcano explosion “an unprecedented disaster.”

The ashfall and tsunami-affected more than 100,000 people, virtually the entire Tongan population, the United States Agency for International Development (USAID) said in an update, quoting the Tonga Red Cross Society.