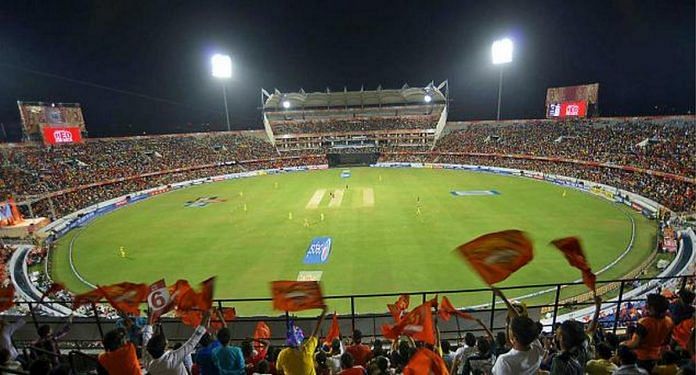 
Coronavirus has dramatically impacted professional sports this year, with most experiencing an enforced pause in activity. The industry showed amazing leadership in responding to the logistical and operational challenges that COVID-19 has presented, with the quick return of sports a great success story. Once matches resumed, however, data showed that viewership on television decreased across almost every major sport.

The decline comes amid a broader fall in linear TV viewing, with the pandemic cementing direct-to-consumer (D2C) streaming as audiences’ preferred video consumption path. Indeed, it has been argued that more aggressive “cord-cutting” is only staved off by sports, which act as a “linchpin” holding bundles together. Nevertheless, the results fuelled speculation that the sports industry could change its distribution model from pay-TV to D2C streaming video, which to date has only been patchily implemented.

Several dynamics suggest that the time is right for sports viewing to go fully digital. Increasing competition among entertainment providers, such as video games and streaming services, are drawing audiences elsewhere, while a crowded sporting calendar, a multitude of networks providing sports content and a plateau in the media rights market suggests that packages may be too fragmented and no longer delivering value. Young people are also not as engaged with sports as previous generations. But while COVID-19 has brought these issues to the fore, finding a clear path forward is easier said than done.

The value of sports is still driven by linear, programmed experiences – a model that is hard to change

This is because most of the value in watching sports comes from a live, scheduled experience. These characteristics are perfect for television, and in pure economic terms have created incentives that are hard to ignore. Pay-TV still delivers considerably higher average revenue per user (ARPU) than D2C video. At $84, Pay-TV’s ARPU is more than seven times the $11 delivered by Netflix, which is one of the highest among streaming providers.

This has led sports administrators to ensure their “product” is as compelling as possible to watch, because with linear TV, value is produced in direct proportion to audience size. However, eroding fundamentals are now limiting sports’ ability to grow. Since 2010, the pay-TV ecosystem has seen close to 30% reductions in viewing hours and a 60% decline among 12 to 35-year olds. In addition, the profit margin for cable video providers has fallen from almost 80% in the mid-90s to closer to 20% today.

Other significant income, from sponsorship and ticketing for example, is hard to decouple from audiences, but awareness of the problem has not made it any easier to switch models. Some media outlets have found ways to grow consumption by expanding leagues and competitions, extending seasons or simply increasing the amount and formats of non-live content, but there are obvious physical limits to how many games teams can play in a season.

Value is concentrated among a few clubs and leagues, reducing incentives to initiate structural change

There is no disputing how successful the major leagues have been in maximizing what they have. One need only look at the growth in the value of sports media rights, which in the US alone increased almost 150% between 2006 and 2018, and are on course to triple by 2023.

This has driven incredible value to athletes and club owners in the most popular leagues. In 1975, the average player salary was equivalent to around $435,500 today, while the average salary for the coming season is expected to be $10,000,000 – an increase of more than 2,000%. Meanwhile, team valuations in the major leagues have increased between 100% and 400%.

While the model has served the biggest very well, the rising tide has not lifted all boats. In European football, for example, UEFA has reported an increasing concentration in revenue among the continent’s richest clubs. During the last decade, 15 clubs have grown their collective commercial and sponsorship revenues by €1.9 billion. Meanwhile, the remaining 700 European clubs together accounted for an increase of less than €800m.

It’s understandable that the most successful want to capitalize on the huge demand for their product. The natural approach is to stick with what works. Plans to develop a European Premier League, for example, are a logical progression of existing structures, even if they might entrench financial inequality at the elite level.

Clubs and players are becoming platforms, encouraging them to go their own way

One consequence of economic polarization in sport is to change how success is defined. Today, leading sports properties are effectively elevated above and beyond their own leagues. According to a study at Harvard Kennedy School, such “super clubs” offer a complex and diverse set of services and products revolving around being a brand, including not just the club itself but its players, flagship matches and historical identity.

The effect is equally visible at the level of individual athletes. Gone are the days when players supplemented their income as insurance salesmen. Last year, the 100 highest-paid athletes earned a combined $3.6 billion. But these 100 originate from only nine sports, with just two – basketball and football – responsible for two-thirds of the list.

This comes back to the value proposition of sports as a live, scheduled experience. If games themselves have a limited engagement window, expanding on that means telling stories about specific clubs or players. The biggest become platforms themselves, with some responsible for hundreds of millions of media interactions each week.

Also read: Covid pandemic has changed Indian cricket scene, but this is why IPL will survive the slump

The rise of the super club/player, alongside the concentration of value in the major leagues, proves that sports have the capacity to generate immense returns from scale. In other entertainment categories, this ability would see IP owners make moves to control distribution of their product, such as in the film industry, where major studios prioritise releases for their own streaming services.

As the wider entertainment industry adopts this strategy, it leaves pay-TV as the “de facto sports bundle” – a change already under way. Today, 90% of sports viewers are pay-TV subscribers, compared to only 67% of non-viewers. Non-viewers are three times more likely to cancel pay-TV services than sports viewers.

Sports as a service: combining content, commerce and distribution

Looking ahead, the industry does not have to be bound to pay-TV. The power of sports to create value, along with its intrinsically live nature, suggests that a hybrid linear and streaming model could shift sports distribution from mere programming to fuller and richer experiences. Just this month, reports emerged that Germany’s football league is planning to spark new growth by combining a global video streaming subscription service with its traditional rights distribution. This follows a model described as “essential” by rights holders for long term sustainability in the industry.

The NBA may provide an instructive example of what the future could look like. Earlier in 2020, the league announced a collaboration with Microsoft to create a D2C platform to broadcast games, provide on-demand, personalized content and package these with other NBA products and services. And instead of severing ties with broadcasters to build a competing service, the league plans to leverage the effective sports bundle that pay-TV is becoming by integrating its new offering into channels led by its existing partners, WarnerMedia and Disney. Together, these providers already manage distribution for the NBA, through AT&T and ESPN/ESPN+, and are growing at a faster rate than pay-TV.

This integrated model moves beyond the one-to-many broadcast package that has led to growth in sports but now holds it back. It also offers the benefits of a wider on-demand library, combined with customization, localized content and personalization – all features that D2C video platforms have perfected. Finally, it enables revenue generation from other areas that are tied to engagement, rather than audience – such as merchandising and immersive experiences.

Like other entertainment categories, the sports industry is going through its moment of convergence.

There has long been an argument about whether content or distribution is more important in the media industry. In reality, these have been converging for some time. The purchase of TimeWarner (a content company) by AT&T (a distributor) and of NBCUniversal (content) by Comcast (distributor) are among the most impactful examples of this, but there are many more.

As content and distribution begin to merge into one, the future of sports will likely be built by those who recognize this first, act the fastest to seize the opportunity and work with others to achieve their aims. Much like the nature of sport itself.

This article was previously published in the World Economic Forum.

Also read: Sportsweek, the popular sports magazine with star columnists that was edited by Sunil Gavaskar

Why news media is in crisis & How you can fix it

But the news media is in a crisis of its own. There have been brutal layoffs and pay-cuts. The best of journalism is shrinking, yielding to crude prime-time spectacle.

ThePrint has the finest young reporters, columnists and editors working for it. Sustaining journalism of this quality needs smart and thinking people like you to pay for it. Whether you live in India or overseas, you can do it here.