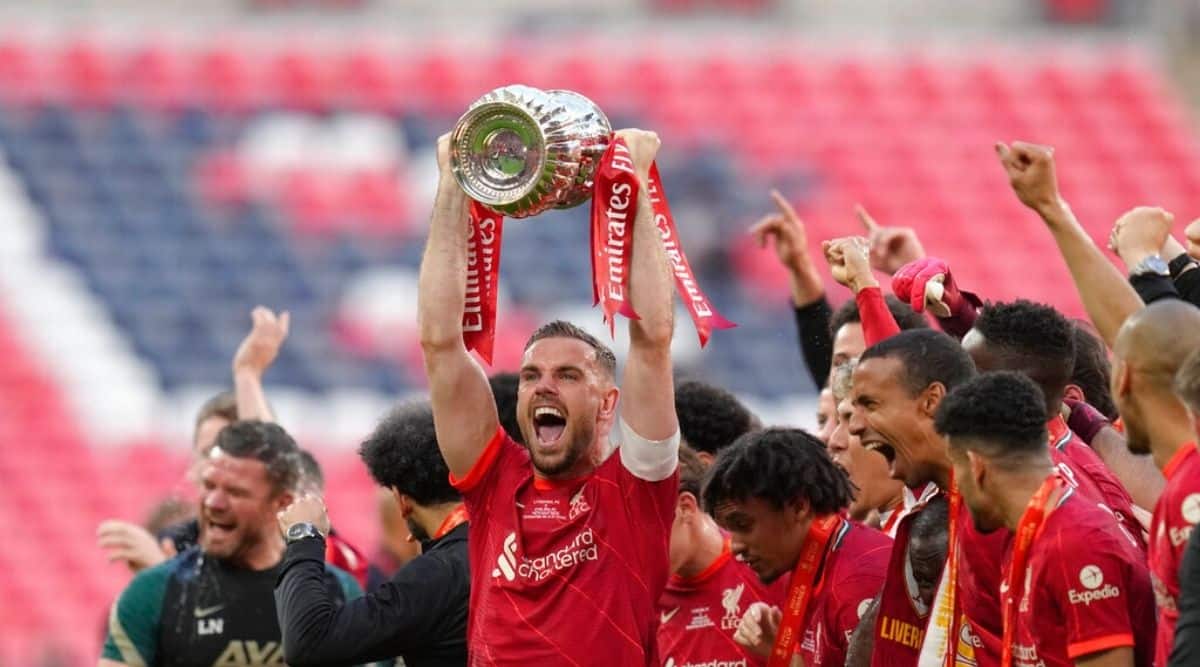 Liverpool won an absorbing English FA Cup final on Saturday as they prevailed 6-5 in a penalty shootout after the Wembley showpiece somehow ended 0-0 after extra time.

Chelsea keeper Edouard Mendy had kept his side alive when he saved Sadio Mane’s penalty but it proved to no avail as Liverpool won the trophy for the first time since 2006.

It was a carbon copy of the League Cup final in February, which Liverpool won 11-10 on penalties after that game also finished goalless.

Saturday’s win means Liverpool remain on course for an unprecedented quadruple of trophies.

They are three points behind Manchester City in the Premier League race with two games to go and meet Real Madrid in the Champions League final on May 28.

“I’m really proud of my boys,” Liverpool manager Juergen Klopp told the BBC. “Chelsea were outstanding but in the end there can only be one winner and today it was us.”

For Chelsea it meant an unwelcome record of becoming the first side to lose three FA Cup finals in a row, after losing to Arsenal in 2020 and Leicester City last year.

In a match of fluctuating fortunes and bags of missed chances, Liverpool had the best of a pulsating first half with Luis Diaz close several times, before Chelsea came back in the second, with Marcos Alonso rattling the crossbar.

Klopp’s Liverpool enjoyed the greater possession and finished the 90 minutes on top, Diaz and Andrew Robertson both hitting the post in the final 10 minutes and the indefatigable Diaz whistling a shot just wide in the 90th.

Tired legs on a warm day contributed to a scrappy extra time period, though both sides earned corners that were comfortably defended.

Liverpool captain Jordan Henderson was handed the Cup by Prince William to roars from the Liverpool fans while the Chelsea end was largely empty.