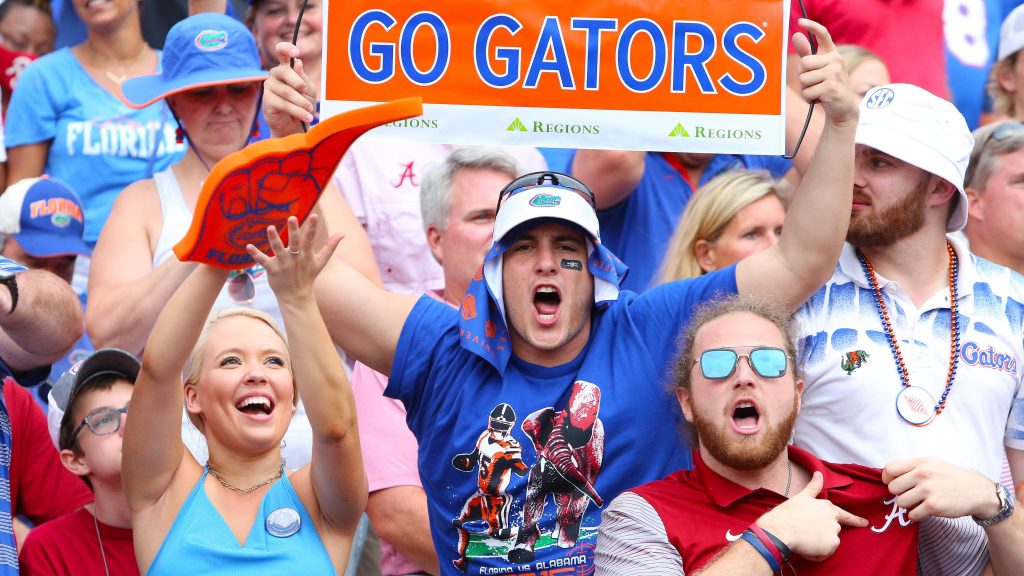 It was a nice winter’s day when the two men stepped into the sun at one of the entrances that lead downstairs at the Swamp. They were waiting for a press conference where Urban Meyer would be introduced as the Florida football coach.

But before that would happen, Meyer and Dan Mullen wanted to stand there and look at the stadium, visions of championships dancing in their heads. This was where they would make history happen.

And they did and the success flowed for those two coaches, even after they split up. Who could have predicted what would happen to both of them in 2021?

That moment has always stuck with me because I was sitting in the bleachers waiting to go to the third floor for the presser that day in late 2004. I thought about it a lot this year when I wasn’t binge-watching “The Mandalorian” or hammering out stories (“semi-retired”) or enjoying the two-TV set up in my office.

The year has passed and most Gator fans are happy to see it go. It wasn’t what they hoped for, but there were some highlights.

Here are the top 10 stories of the year involving Gator sports for the year that was.

Going into the New Year, Mullen was considered one of the top coaches in college football and had the Gators in three straight New Year’s Six bowl games. But there were a couple of early signs that all was not well.

He was given an NCAA penalty that would keep him off the road and then Scott Stricklin renegotiated his contract to have a lesser buyout than previously required.

Still, after a two-point loss to Alabama, everything looked like it was heading in the right direction.

Then, all hell broke loose.

Florida lost all four SEC road games — all as favorites — and recruiting was suffering. Stricklin made the move after an overtime loss to Missouri, letting Mullen go. It was a swift downfall.

Stricklin didn’t waste any time in getting Billy Napier to agree to a deal. He had a list of candidates but never got past the first one.

Napier coached in his bowl game for Louisiana before jumping head-first into his new job, hiring so many people already that we wonder where they will all work until the new facility is ready in the summer.

Already, he had made inroads where there were now previously in recruiting.

And Gators fans got excited again.

Remember that when the New Year started, we didn’t know if Keyontae Johnson was going to make it. But he did and spent last season (as well as this one) as a volunteer coach for the Florida basketball team.

It’s doubtful he will play college ball again, but he does have a $5 million insurance policy if he cannot.

The main thing is that we get to see him on the court cheering on his teammates. And they won a big one for him, ending a seven-game losing streak to FSU, the same team he played his last game against before collapsing on the floor.

As 2021 began, the vaccinations were being approved and we were a couple of weeks into the first shots being administered to essential workers.

But we also had limited crowds for all sports throughout much of the year. That changed once football arrived.

Of course, we weren’t through yet and here we are with a variant causing bowl games and other sporting events to be canceled or postponed.

It’s still a COVID world and those who have adapted the best are having the most success.

Well, there was the one

Florida is used to winning national titles, but this one came as a little bit of a surprise.

The winning point in the title match against Baylor was recorded by Ben Shelton, son of coach Bryan Shelton.

Sam Riffice then went on to win the individual title.

It was the first men’s tennis championship in Florida history and the only one the Gators captured in 2021.

The NFL draft was a day for Gator fans to celebrate because Kyle Pitts became the first tight end ever to be picked as high as fourth (and went on to have a Pro Bowl season).

Kadarius Toney also went in the first round and Kyle Trask in the second.

Then came the NBA draft and Florida had its first pick in the first round since 2012 when Tre Mann was selected.

Those were pretty good nights.

Florida’s state-of-the-art baseball stadium opened on Feb. 19 against Miami, but there was a limit all year to how many fans could attend this cathedral until the regionals.

Florida Ballpark replaced McKethan Stadium and Florida fans are looking forward to a full season with full crowds in 2022. The stadium is magnificent with different options for seating and high-end food choices.

After 26 years, women’s soccer coach Becky Burleigh coached her final game at Florida before stepping away.

All she did was win 14 SEC titles and the 1998 National Championship.

And Burleigh was also a great representative of the university and the athletic program.

Even after a loss to Georgia, Florida had a chance to win its last four games and have a respectable season.

That changed in Columbia, South Carolina. The Gators were no-shows against a team that came into the game without a quality win. UF allowed 30 points in the first half and lost 40-14 in what was the most embarrassing loss during the Mullen Era.