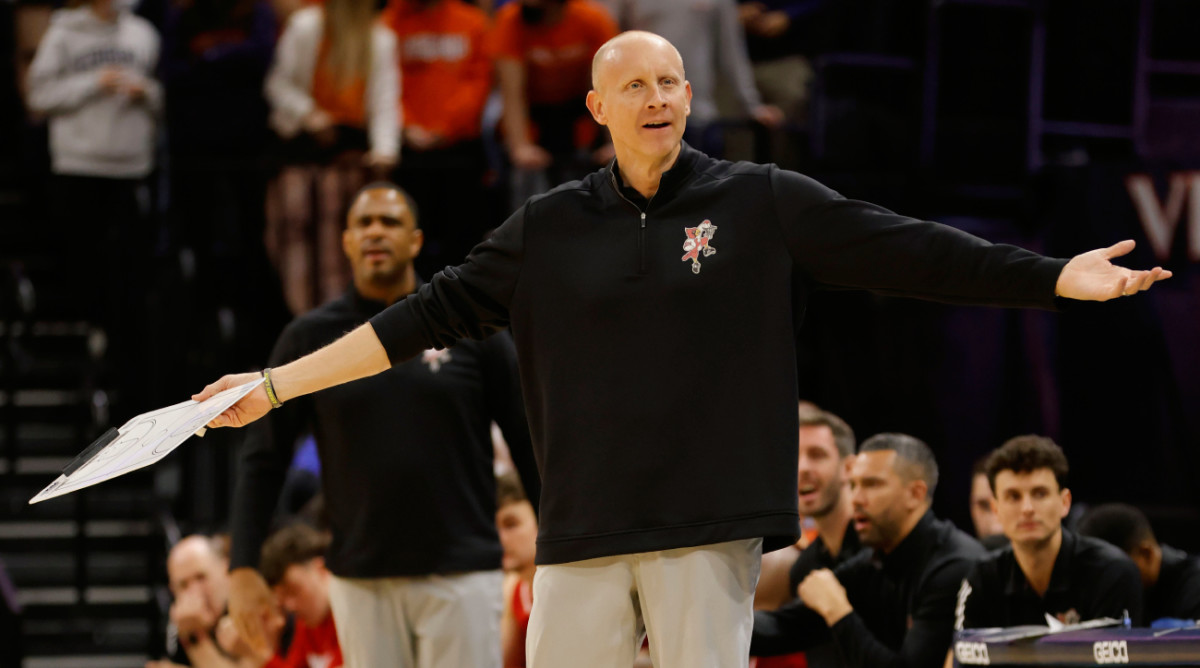 Louisville officials met on Tuesday to discuss the future of men’s basketball coach Chris Mack, sources tell Sports Illustrated’s Pat Forde. Those discussions come with the college basketball power sitting at just 11–9 on the season, with a 5–5 record in ACC play.

The discussions “could result in a change, but nothing has been finalized as of now,” Forde said. They’re expected to continue into Wednesday, and Mack will not have his weekly radio show on Tuesday night.

On Monday, the Cardinals suffered a 64–52 loss at Virginia, their second straight loss and fifth in six ACC games dating back to Jan. 8.

Mack served a six-game suspension handed down by the school at the start of Louisville’s 2021–22 season. The absence stemmed from the scandal that saw former assistant Dino Gaudio attempt to extort the Cardinals coach.

The University said that Mack “failed to follow university guidelines, policies, and procedures in handling the matter,“ and said that the decision is “unrelated to the extortion attempt itself and the ongoing NCAA process.”

Mack was hired by Louisville in 2018, after leading the program at Xavier for nine seasons. In four years with the Cardinals, he has gone 68–37 with a 38–23 record in ACC play. Mack led the team to the NCAA Tournament in 2019, his first season with the program, but fell to No. 10 seed Minnesota in the Round of 64.

Louisville was a likely participant in the 2020 NCAA Tournament, but it was ultimately canceled due to COVID-19. The team missed the Big Dance in ‘21, and is currently on the outside looking in this season.

The Cardinals are set to return to the court on Saturday, with a 12 p.m. ET home game against Duke.

For more Louisville Cardinals coverage, head over to Louisville Report.