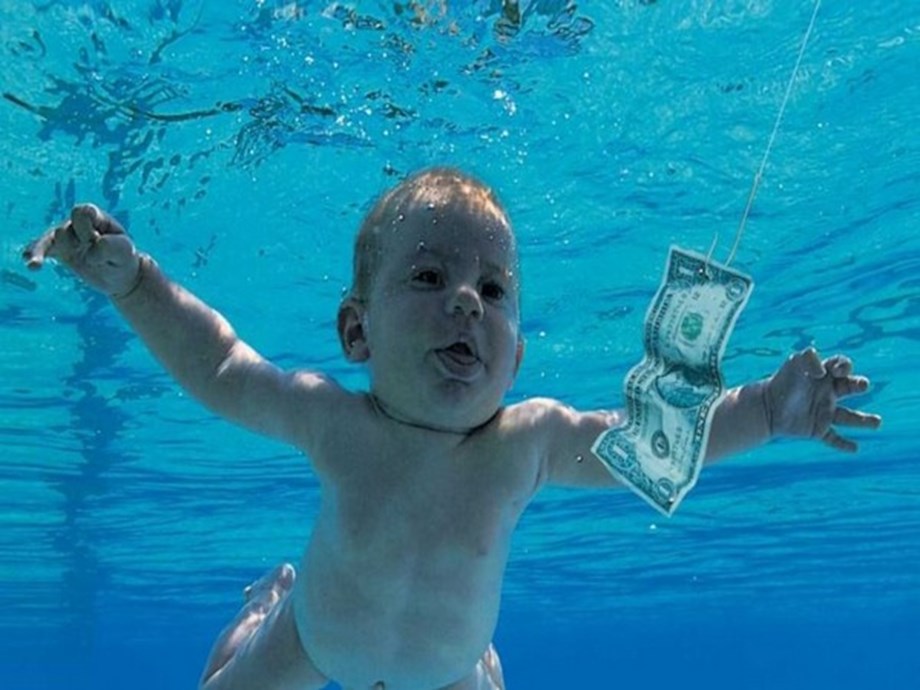 Spencer Elden, the man whose baby picture was used on the album cover for Nirvana’s ‘Nevermind’, has refiled a lawsuit alleging the cover image was taken and used without his consent and the nudity amounts to child pornography. According to Variety, a judge dismissed the lawsuit on January 3 due to missed deadlines, but Elden and his representation were given 10 days to amend the complaint and refile it. The lawsuit was refiled on January 13 in Los Angeles federal court.

The refiled lawsuit has once again named Nirvana band members Dave Grohl and Krist Novoselic, as well as Kurt Cobain’s widow Courtney Love (the executor of Cobain’s estate), as defendants, along with photographer Kirk Weddle, Nirvana L.L.C., Universal Music Group, UMG Recordings, MCA Records and The David Geffen Company. The lawsuit alleges that in the “10 years preceding the filing of this action each Defendant knowingly possessed, transported, reproduced, advertised, promoted, presented, distributed, provided and/or obtained child pornography depicting Spencer, who had not attained the age of 18 years when this image was printed on the cover of Nirvana’s ‘Nevermind’ album.”

As per Variety, had Elden not refiled the lawsuit by January 13, the judge would’ve dismissed it “without prejudice.” The judge at the time also ordered that, should the defendants wish to apply for another motion to dismiss to the refiled suit, then “counsel for the parties shall, on January 20, 2022, at 10:00 am, meet and confer in person or via video conference to discuss defendants’ motion to dismiss.” (ANI)