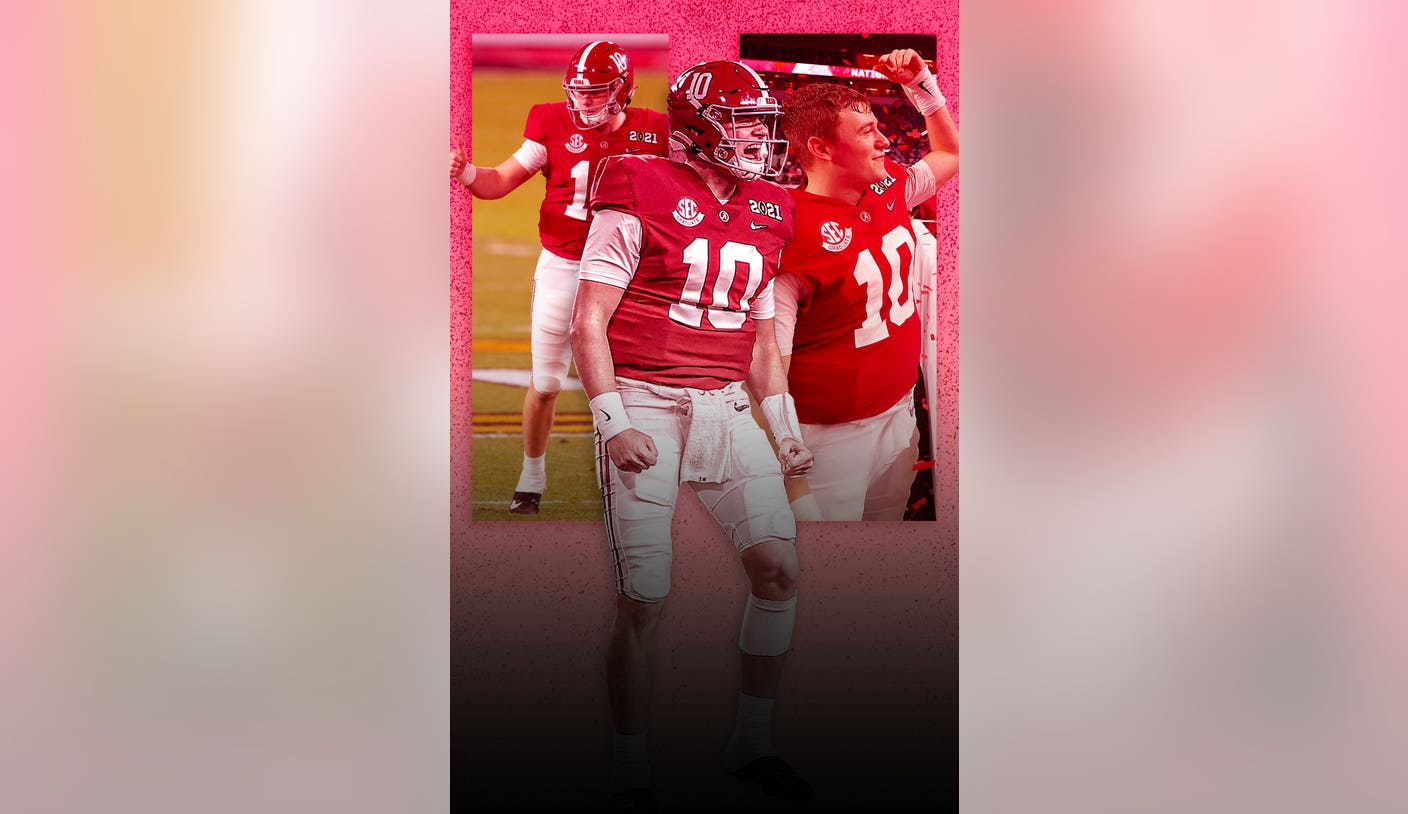 Alabama’s Mac Jones had a historic season in 2020.

But was it enough to prove he’s worthy of being a top pick in the 2021 NFL Draft?

On Monday night, Jones helped lead an offensive onslaught in a 52-24 rout over Ohio State in the national championship game, throwing for a championship-record 464 yards, and adding in five touchdown passes.

It was the icing on the cake in what amounted to a fantastic season for Jones, who finished third in Heisman voting while breaking the NCAA record for completion percentage — completing 311 of 402 passes (77.4 percent).

He finished the year with 4,500 yards through the air, 41 touchdowns and just four interceptions.

In addition, Jones’ 203.1 passer rating was tops in the nation.

Jones also ranked first in Alabama history in many of the same categories for a single season, surpassing the likes of Tua Tagovailoa and AJ McCarron in passer rating, completion percentage, passing yards and 400-yard passing games (5).

However, it didn’t hurt that Jones had a bevy of talent surrounding him, including Heisman Trophy winner and national championship MVP DeVonta Smith, who was largely the talk of Tuscaloosa this season.

And because Jones had the luxury of throwing to explosive talents behind a stout Alabama offensive line, some believe it will be difficult to assess his viability as a franchise quarterback in the NFL.

On top of that, Jones didn’t use his feet often this past season, only carrying the ball 35 times for 14 yards and a single rushing score this season.

In his latest mock draft, FOX Sports’ Jason McIntyre did not slot Jones in the first round.

Colin Cowherd is also in the camp of doubt, saying on Tuesday morning that he isn’t sure if Jones will be able to succeed without the perfect situation around him.

“[Jones] never plays from behind. He never gets hurried – forget hit. He always has a great running game, and his wide receivers are wide-open. He’s not a sensational athlete. His arm is fine, not special. His size – he’s okay.”

Some still believe that Jones deserves more credit than he’s given, namely for making the correct reads and remaining poised in the pocket, as well as leading an offense that averaged 48.5 points and 541.6 yards per game this season.

One of those believers is FOX Sports college football analyst Joel Klatt, who said that Jones’ intangibles make him a first-round talent.

“He plays with a great understanding of the game. You can tell that he has complete control over his game plan and he understands where the defense is. You know that because his eyes are decisive, his feet are decisive, and he throws the football on time and on target. Those are things that translate.”

“He’s had this meteoric rise this season, and the two things that stood out [Monday] night were operational mechanics and the ability to throw the football anywhere he wants … The subtly that he played with, I think that’s going to put him in the first round.”

The draft is still be a few months away, but Jones gave scouts plenty to think about after his record-setting performance on the biggest stage, one that put him in the same breath as last year’s No. 1 pick, Joe Burrow.

Let’s see if the two will have more in common come April 29.

Get more from College Football Add to your favorites to get information about games, news and more.