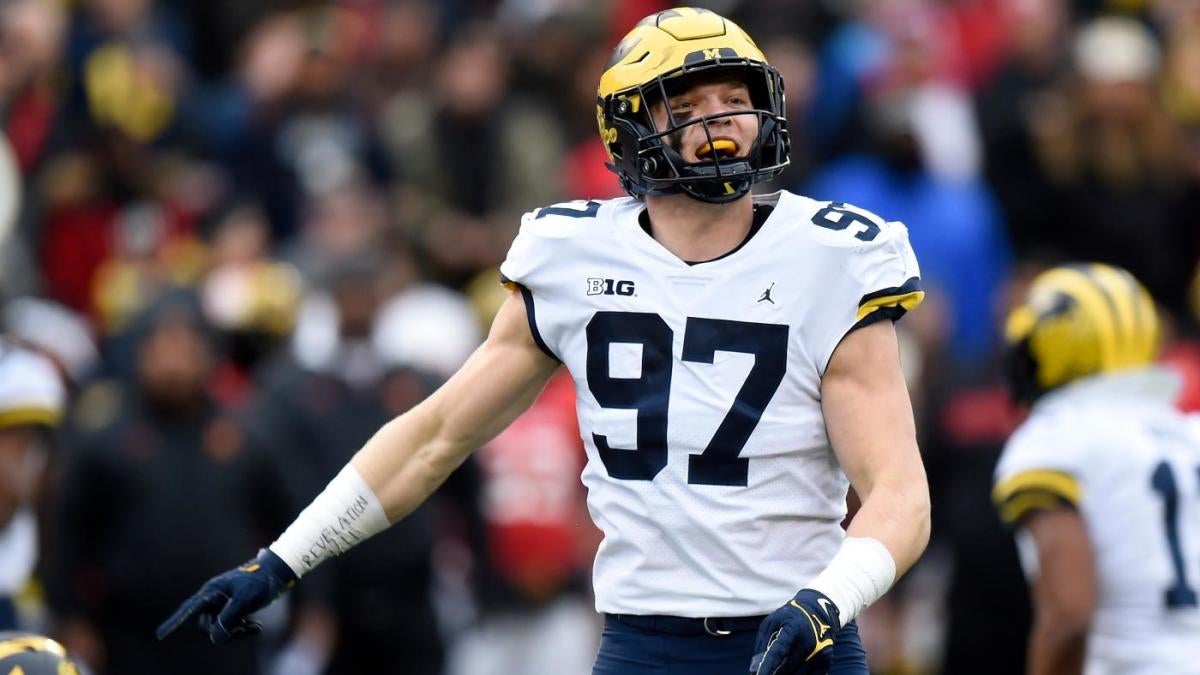 The most-anticipated event of the college football season begins on New Year’s Eve as the College Football Playoff commences. In the second playoff matchup of the day on Friday, No. 2 Michigan battles No. 3 Georgia in the Orange Bowl. Either the Wolverines or Bulldogs will move on to the CFP National Championship if they can come out on top at Hard Rock Stadium in Miami Gardens, Florida.

Georgia comes into the game surrounded with an odd feeling. The entire 2021 regular season was an exercise in saying the Bulldogs were the only elite team in the country with many wondering if their defense was the greatest ever seen at the college level. The Bulldogs ran roughshod over anybody dumb enough to get in their way … until the SEC Championship Game. Georgia lost to Alabama 41-24 as that vaunted defense was picked apart. Now, the same people who said the Bulldogs had the best defense ever are wondering if it was all a mirage.

Then there’s Michigan, a team that nobody expected to reach the playoff. Everybody was hesitant to take the Wolverines seriously all season, even as they kept winning. It wasn’t until they were able to get the Ohio State monkey off their back in a 42-27 win over the Buckeyes that this team was accepted as a legitimate title contender. Crushing Iowa 42-3 in the Big Ten title only solidified it. Now the Wolverines are hoping to slay another giant.

It’s a rare matchup between two of the sport’s true blue bloods, as it’ll be just the third time these programs have squared off. Georgia won the last meeting 15-7 back in 1965, which avenged their 26-0 loss in 1957. They write a new chapter on Friday, and hopefully, we won’t have to wait another 55 years for the fourth meeting.

How to watch Orange Bowl live

Michigan vs. Georgia: Need to know

Since both of these teams lean heavily on their run game, each line is even more critical to these programs. Their entire identity is centered on their lines wearing defenses out as the game goes on, allowing their offenses to break through and put the game away in the second half.

Michigan’s pass rush is elite: You have to get after the quarterback to succeed on defense, and few teams in the country are better at it than Michigan. Aidan Hutchinson finished second in Heisman voting thanks to his ability to do so. His 14 sacks were the third-most in the country and his 69 QB pressures led the nation. He’s joined by David Ojabo, who had 11 sacks and 40 pressures of his own.

The presence of Hutchinson and Ojabo allowed Michigan to generate a pass rush without blitzing during the season, though that doesn’t mean they won’t blitz. When you have two pass-rushers like them, offenses can’t scheme their protections to stop both. It allows Michigan defensive coordinator Mike MacDonald to do many different things to confuse opposing quarterbacks.

Stetson Bennett deserves more credit: We live in an era of college football when the quarterback is more important than ever before. Over the last few years, having a first-round talent at QB seemed like a prerequisite to winning the national title. As a result, Georgia QB Stetson Bennett has not received much respect from the college football populace because he’s not going to be an early-round draft pick — if he’s drafted at all. This has led to Bennett being viewed as the weak point of Georgia’s offense all season long, but it’s a faulty narrative.

While Bennett doesn’t throw the ball 35 times per game, he’s fourth in the country in passing efficiency at 176.85. That’s a higher number than Alabama’s Bryce Young, Cincinnati’s Desmond Ridder and Michigan’s Cade McNamara. Bennett isn’t asked to do as much as other quarterbacks, but he’s proven time and time again that he can make the plays he’s asked to make.

These teams are so similar that I have difficulty imagining either one will be able to pull too far away from the other. That’s not to say neither team is capable of winning the game by multiple scores if things get sideways, but most of the outcomes should be within a touchdown. And that’s why it’s hard to pass up on the Wolverines getting 7.5 points. That said, if the spread were only 6.5 points, I’d rather take Georgia. In other words, the oddsmakers know what they’re doing. Prediction: Michigan (+7.5)

Which college football picks can you make with confidence during bowl season, and which underdogs will win outright? Visit SportsLine to see which teams will win and cover the spread — all from a proven computer model that has returned almost $3,600 in profit over the past five-plus seasons — and find out.