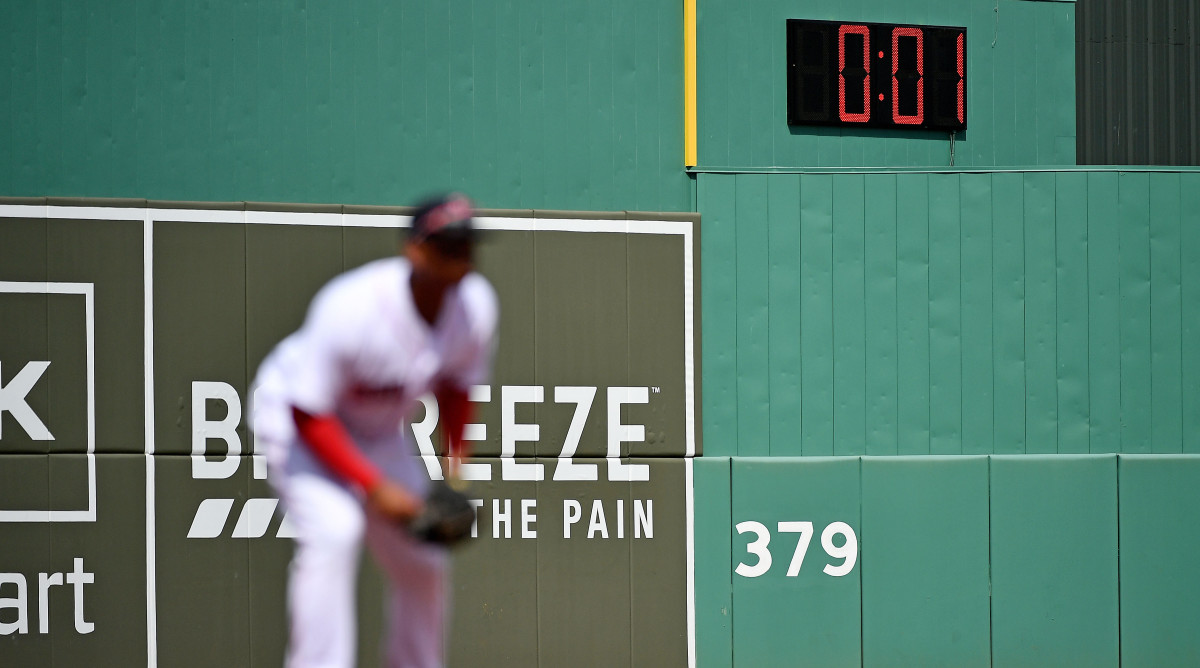 Well, we’ve reached the final day of 2021, which means it’s time to start looking forward to the year ahead. That’s right, New Year’s Eve is the time of hope for what’s to come, and that wishful thinking extends to baseball, too.

We asked SI’s baseball writers what their New Year’s resolution is for MLB in 2022—other than the lockout ending. Here’s what they had to say.

I’d like MLB to black out the blackouts. The New York Post reported in October that the league is in talks to launch a streaming service that would circumvent cable companies’ monopoly. That would be great news, and as soon as the labor dispute is settled, accessibility should be the first priority. For a sport that is losing young fans in droves, it’s a no-brainer to let them watch baseball on TV. Often the blackout restrictions don’t even make sense: Fans in Dyersville, Iowa, site of the Field of Dreams game, are blacked out from watching the Brewers (193 miles away), the Cubs (200 miles), the Twins (241 miles), the White Sox (207 miles), the Cardinals (351 miles) and the Royals (387 miles). Fans in Guam can’t watch Giants (5,800 miles away) or A’s (5,810 miles) games. And even where the blackouts are geographically sound, they are just kind of a bummer. After years of arguments about pace of play, sticky stuff and steroids, and with a full 2022 season in jeopardy, MLB should find a way to make it easier for fans to enjoy the things that are good about the sport.

Perhaps this one is a bit too optimistic. But I’d love to see a season with no 100-loss teams. That was a reality as recently as 2017! Yet every year since has had a few (or, in the case of the shortened schedule in 2020, the equivalent), and there were four last season, including 110-loss seasons for the Orioles and Diamondbacks. There are always going to be bad teams. That’s a simple fact of baseball (and life). But teams don’t have to be this bad, and in the interest of entertainment and competitive balance, I’d love to see them all avoid the ignominy of the triple-digit loss line this year.

MLB should get serious about modifying the rules to reduce strikeouts and get the ball in play more often. The 2021 season marked the first time since 2005 that the league-wide strikeout rate didn’t increase. In those 16 years, strikeouts have shot up by 42%, from a rate of 16.4% to 23.2% (We were actually on pace for another record (north of 24%) before MLB cracked down on pitchers’ use of sticky substances, causing a small decrease from the 23.4% figure seen in 2020). That’s still far too high for a sport that’s at its best when runners are in motion and the fielders must react to the dynamic changes unfolding around them.

Unfortunately, rising strikeout rates and declining batting averages are not unique to MLB—these are trends occurring in the minors and in college ball, too. Pitchers’ stuff is faster and nastier at every level. The game’s decision-makers have lowered and raised the mound to combat one-sided dominance in the past. I think what’s happening now will require a more drastic solution—perhaps moving the mound back instead of lowering it. That’s obviously not in the cards for 2022, and I hope it never has to come to pass since the distance of 60 feet, six inches is one of the sport’s sacred numbers. Perhaps a pitch clock would do enough to tilt the balance back to hitters; it at least worked wonders for the pace of play when tested in the minors last season. No matter the fix, something needs to be done before baseball becomes too boring to bear for the quick-twitch youths of the day.

I desperately want to see one more season from Albert Pujols. The greatest hitter I’ve ever seen is no longer an everyday player, but after he was released by the Angels and picked up by the Dodgers in May, he proved that he can still contribute as a productive platoon player against lefthanders. The designated hitter is coming to the National League, so more teams could be willing to sign him knowing that they won’t have to play him at first. He is 21 home runs away from 700; he hit 17 last year in 109 games, 13 of which came against lefties. Give him a full season in that role and maybe, just maybe, he’ll reach one more milestone before calling it a career.

Let’s hope to see some fresh blood in the chase for the World Series. All due respect to the Dodgers, Astros, Rays and Red Sox, but there’s too much talent spread throughout the league to have a dose of October déjà vu. Vladimir Guerrero Jr. could do his best Juan Soto impression in the World Series. Max Scherzer and Francisco Lindor could make it feel like 1986 in Queens. Perhaps the Mariners turn the tide and reach the postseason, and if we’re lucky, perhaps the Angels can finally make some noise with Mike Trout and Shohei Ohtani. Lockout be damned, the game is in a healthy place given the stars across the league. The more diverse the playoff pool, the better.

Shohei Ohtani’s individual greatness dominated the headlines coming out of Anaheim, so much so that it almost overshadowed the fact that Mike Trout played in just 36 games. A healthy Trout is good for the Angels and good for baseball, so it should be on the list for fans across the league that the three-time American League MVP returns to full health for 2022. A star-studded roster led by Trout, Ohtani and a rejuvenated Anthony Rendon might not be enough to guide the Angels to the postseason, but just seeing that trio take the field on a daily basis would be a welcomed sight.

More MLB Coverage:
• Five Things to Know From MLB in 2021
• Top 10 Moments From the 2021 MLB Season
• Can MLB’s Biggest Disappointments of 2021 Return to Form?
• Which Surprising Standouts Can Repeat in 2022?
• Why Jimmy Rollins Belongs in the Hall of Fame