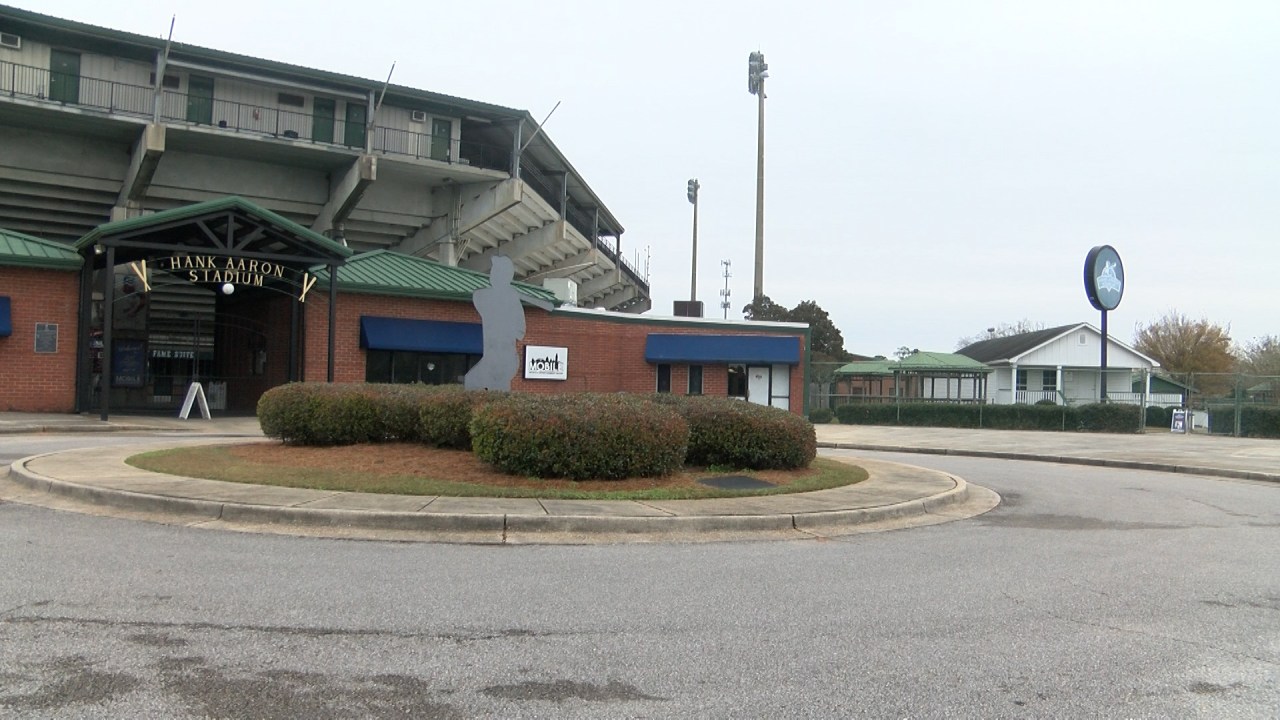 MOBILE, Ala. (WKRG) — What happens now that the Hank Aaron Stadium is out of the city’s hands? The city announced that its 26-year current contract with the property owners was null and void this week.

The stadium’s management group officially handed in their keys to the stadium Thursday, March 31.

Mobile Sports and Entertainment Group has been leasing the stadium from the city since 2001, but now, they’re starting all over. And the ‘Hank’ now sits dormant.

“Yesterday was the day we handed in the keys, so it was a pretty tough day for several of us, some of us like myself, who have been there for several several years. So, it was tough. It’s still heartbreaking,” said Ari Rosenbaum, the President and managing partner with Mobile Sports and Entertainment Group.

The city’s 99-year lease with the property owner, McGowin Properties, LTD. was signed in 1996 under a prior administration. Under Alabama law, leases longer than 20 years must be recorded within a year with the probate court in the county properties are leased. That never happened, and the city acknowledged that the contract is no longer valid.

The city said they were interested in creating a new lease but could not come to an agreement with the property owners to move forward with that. Mobile Sports and Entertainment said they also tried to stay at the Hank.

“The city is now out of the situation, and we tried to make a deal with the property owners and that group and things just did not work out. That’s why we ended up walking away at the end of our contract,” said Rosenbaum.

Mobile Sports and Entertainment Group has been based out of the stadium since the end of 2019. Their long-term goal is to bring baseball back to the city.

“Kind of takes a wrecking ball to everything that we’ve been doing. It’s been a really tough road and we’re still recovering now and we’ll be back soon,” said Rosenbaum.

They’ve also hosted the popular light shows for Halloween and Christmas in the parking lot of the Hank for several years. That tradition will dim its lights in Mobile this year. Instead, MSEG has to take the show on the road to Orlando, in order to keep its doors open.

“That was not our plan, it’s unfortunate. we had to find anything we could. We found a place we’re able to do it so we can stay in business basically for this year. And then come back to Mobile in 2023,” said Rosenbaum.

Rosenbaum said the light shows will return to Mobile in 2023.

As for the museum at the Hank, the city said they own that. They have been exploring what it would take to relocate the house and where the best locations would be. As of right now, the museum is closed.