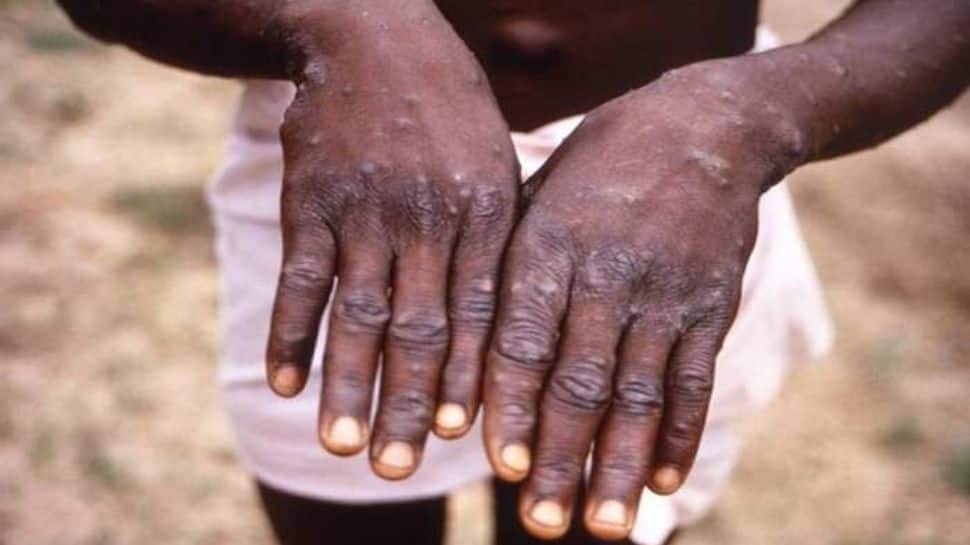 London: The World Health Organization was holding an emergency meeting on Friday to discuss the recent outbreak of monkeypox, a viral infection more common to west and central Africa, after over 100 cases were confirmed or suspected in Europe. In what Germany described as the largest outbreak in Europe ever, cases have been reported in at least nine countries – Belgium, France, Germany, Italy, the Netherlands, Portugal, Spain, Sweden and the United Kingdom – as well as the United States, Canada and Australia.

Spain reported 24 new cases on Friday, mainly in the Madrid region where the regional government closed a sauna linked to the majority of infections.

A hospital in Israel was treating a man in his 30s who is displaying symptoms consistent with the disease after recently arriving from Western Europe.

First identified in monkeys, the disease typically spreads through close contact and has rarely spread outside Africa, so this series of cases has triggered concern.

However, scientists do not expect the outbreak to evolve into a pandemic like COVID-19, given the virus does not spread as easily as SARS-COV-2.

Monkeypox is usually a mild viral illness, characterised by symptoms of fever as well as a distinctive bumpy rash.

“This is the largest and most widespread outbreak of monkeypox ever seen in Europe,” said Germany`s armed forces` medical service, which detected its first case in the country on Friday.

The World Health Organisation (WHO) committee meeting to discuss the issue is the Strategic and Technical Advisory Group on Infectious Hazards with Pandemic and Epidemic Potential (STAG-IH), which advises on infection risks that could pose a global health threat.

It would not be responsible for deciding whether the outbreak should be declared a public health emergency of international concern, WHO`s highest form of alert, which is currently applied to the COVID-19 pandemic.

“There appears to be a low risk to the general public at this time,” a senior U.S. administration official said.

Fabian Leendertz, from the Robert Koch Institute, described the outbreak as an epidemic.

“However, it is very unlikely that this epidemic will last long. The cases can be well isolated via contact tracing and there are also drugs and effective vaccines that can be used if necessary,” he said.

Still, the WHO`s European chief said he was concerned that infections could accelerate in the region as people gather for parties and festivals over the summer months.

There is no specific vaccine for monkeypox, but data shows that the vaccines used to eradicate smallpox are up to 85% effective against monkeypox, according to the WHO.

British authorities said they have offered a smallpox vaccine to some healthcare workers and others who may have been exposed to monkeypox.

Since 1970, monkeypox cases have been reported in 11 African countries. Nigeria has had a large ongoing outbreak since 2017. So far this year, there have been 46 suspected cases, of which 15 have since been confirmed, according to the WHO.

The first European case was confirmed on May 7 in an individual who returned to England from Nigeria.

Since then, over 100 cases have been confirmed outside Africa, according to a tracker https://twitter.com/MOUGK/status/1527055553876348928 by a University of Oxford academic.

So far we counted 66 confirmed and suspected cases of #monkeypox across 5 countries. Downloadable list of cases + additional metadata and sources here:https://t.co/zeTmq4AR31

Many of the cases are not linked to travel to the continent. As a result, the cause of this outbreak is unclear, although health authorities have said that there is potentially some degree of community spread.

The WHO said the early cases were unusual for three reasons: All but one have no relevant travel history to areas where monkeypox is endemic; most are being detected through sexual health services and among men who have sex with men, and the wide geographic spread across Europe and beyond suggests that transmission may have been going on for some time.

In Britain, where 20 cases have been now confirmed, the UK Health Security Agency said the recent cases in the country were predominantly among men who self-identified as gay, bisexual or men who have sex with men.

The previous tally of 14 cases were all detected in sexual health clinics and were men aged between 20 and 40 years old who self-identified as gay, bisexual or men who have sex with men.

It was too early to say if the illness has morphed into a sexually transmitted disease, said Alessio D`Amato, health commissioner of the Lazio region in Italy. Three cases have been reported so far in the country.

“The idea that there`s some sort of sexual transmission in this, I think, is a little bit of a stretch,” said Stuart Neil, professor of virology at Kings College London.

Scientists are sequencing the virus from different cases to see if they are linked, the WHO has said.