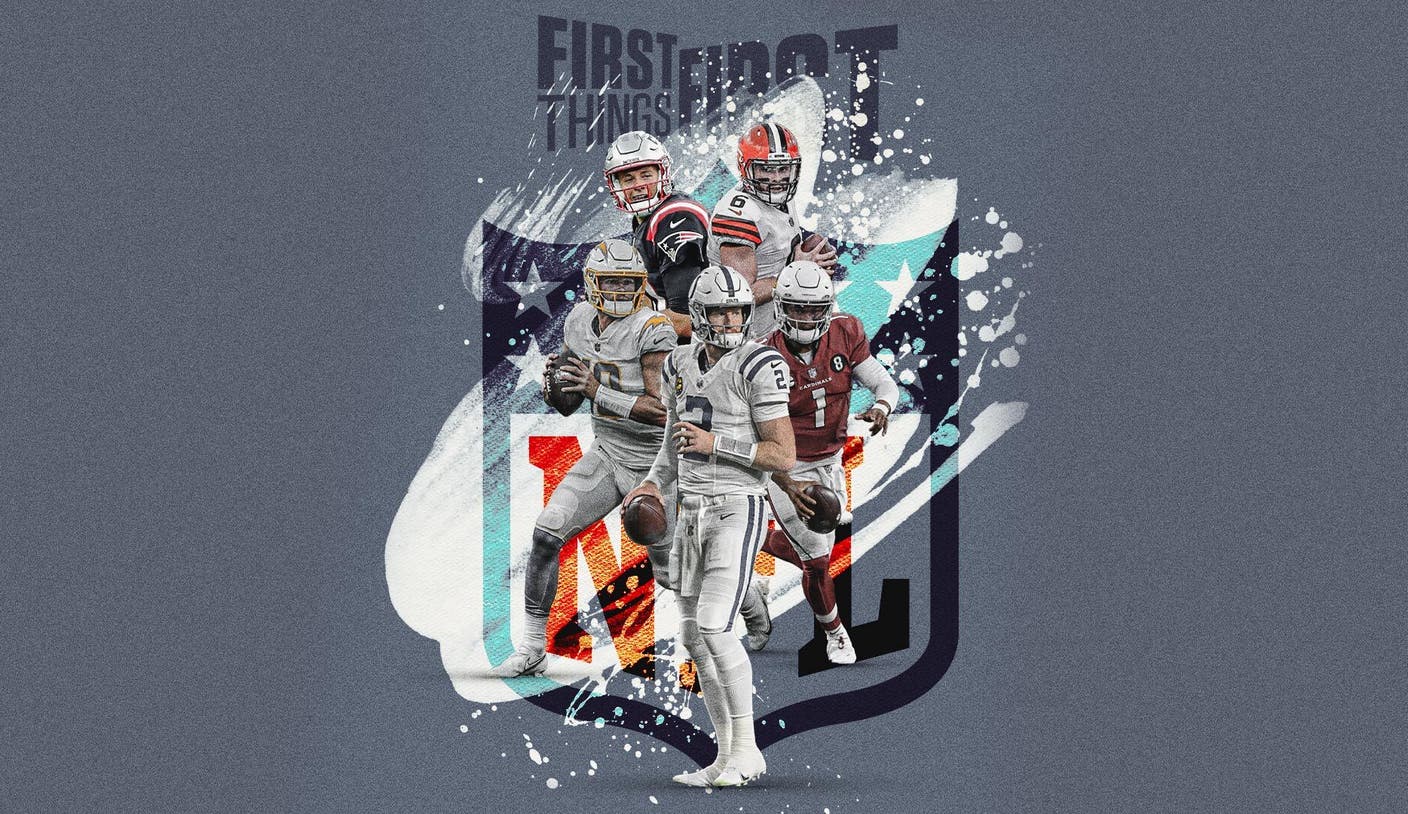 Being the franchise quarterback for an NFL team sounds like a glamorous position –– but it comes with plenty of pressure.

Chris Broussard’s ‘BUD List’ is back just ahead of Week 17. Watch as he reveals why Baker Mayfield, Justin Herbert and Kyler Murray are under duress in this weekend’s batch of games.

With the NFL regular season winding down, the pressure is officially on for a handful of quarterbacks to not only end this season strong, but determine their future heading into 2022.

The pressure is mounting for these signal-callers, which is why they landed on Chris Broussard’s weekly “Under Duress” list, which he laid out on Thursday’s “First Things First.”

The outlook: After leading the NFC West for the majority of the season, the Cardinals have fallen behind the Rams in the division standings with two weeks remaining. Though 10-5 would normally be considered a successful season, the Cardinals and Murray are limping to the finish line after a 7-0 start.

Broussard’s thoughts: “A lot has been made about head coach Kliff Kingsbury falling off at the end of the year, but Kyler [Murray] has fallen off as well. They’ve lost three straight games –– [he has] two touchdowns and three picks in those games. Arizona has locked up a playoff berth, but they are playing horribly and if they are going to do anything in the postseason, they need Kyler to return to Pro Bowl form.”

The outlook: The Colts have won three straight games and are just one game behind the Titans in the AFC South standings. While Wentz and the Colts are trending in the right direction, they have yet to secure a playoff berth with two weeks remaining.

Broussard’s thoughts: “Everybody loves the Colts. The head coach, the offensive line, the defense, Jonathan Taylor. They love everything about the Colts except Carson Wentz. Carson has already silenced a lot of his naysayers by playing every game this season. This is only the third time in six seasons that he has done that. He can silence his other naysayers by going out and clinching a playoff berth this weekend.”

The outlook: After losing two consecutive games, the Chargers have fallen to 8-7 on the season and are currently on the outside looking in when it comes to the AFC playoff picture. With two games remaining against divisional opponents, the Chargers need to win both to feel comfortable about their playoff chances.

Broussard’s thoughts: “He was everybody’s favorite young quarterback just a few weeks ago … but now they are in serious danger of not making the playoffs. They’ve got to win the next two games, likely, to make it. They’ve lost the last two and he’s thrown six interceptions in his last five games.”

The outlook: Two weeks ago, the Patriots were sitting atop the AFC playoff standings at 9-4, heading toward an AFC East title. Now, after two consecutive losses, they have fallen to No. 6 in the AFC standings, clinging on to their playoff hopes.

Broussard’s thoughts: “It seems like he’s got more nicknames in December than touchdown passes. He started hot, they won seven straight, they were 9-4. … Last two games –– two touchdowns and four picks. He ain’t looking good. He’s gotta step it up. If he struggles against Jacksonville, then you might have something to worry about.”

The outlook: The Browns are reeling as losers of two straight games and have fallen under .500. A year after making it to the AFC divisional round, Mayfield and the Browns are currently No. 12 in the AFC standings and in jeopardy of missing the playoffs after entering the season with Super Bowl aspirations.

Broussard’s thoughts: “Back off the COVID list and back atop the BUD list. It’s where he lives. … Look, it’s been a horrible year. The injuries and the underachievement for him and the team. His friend, wide receiver OBJ, leaves him in unflattering fashion. No contract extension. It’s just bad.”