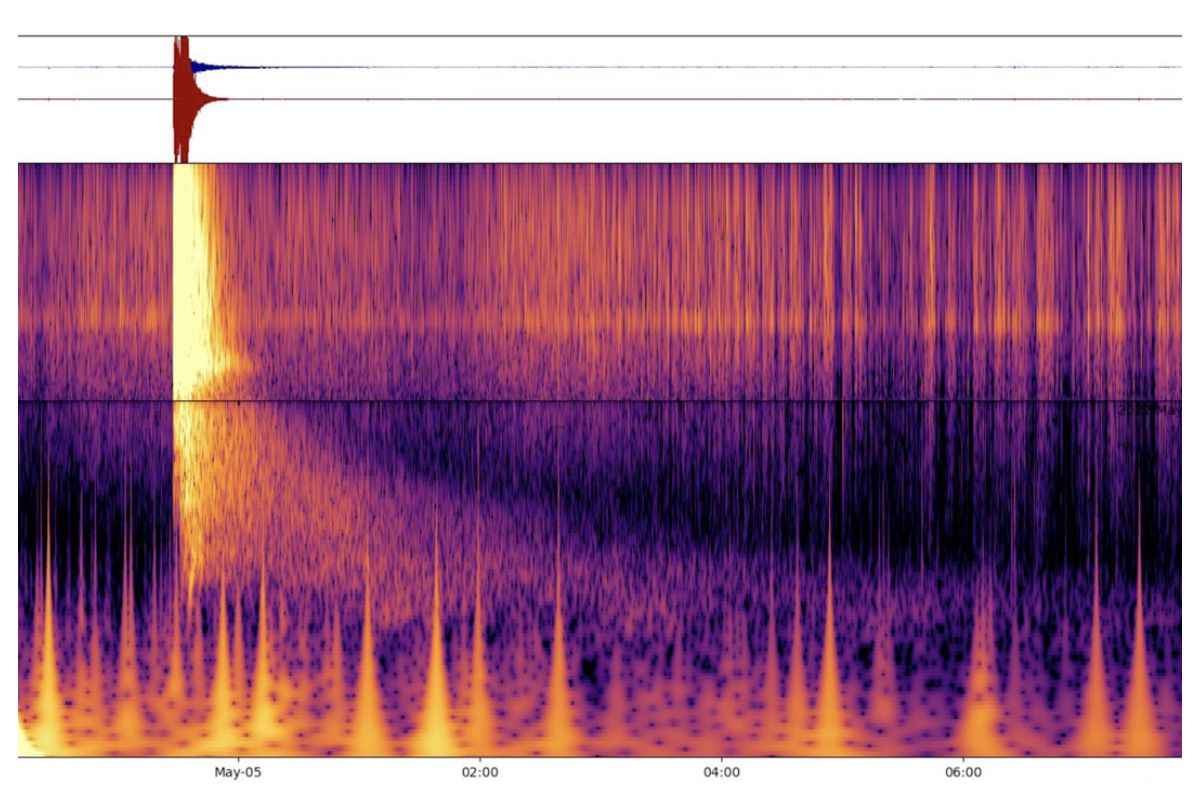 New Delhi: American space agency NASA has detected the largest-ever tremor ever recorded on another planet, in this case, Mars, and calls the tremor a “monster quake”.Also Read – NASA Likely to Launch Artemis 1 Moon Rocket in August

A NASA press release on Monday said that a quake, of magnitude 5 temblor took place on May 4, 2022, 1,222nd Martian day of the mission involving NASA’s InSight Mars lander. Also Read – NASA To Send Naked Pictures Of Humans To Space To Attract Aliens

If compared, the tremor on Earth would have been considered “medium-sized” but for Mars, it nears the upper limit of what scientists had hoped to observe, NASA added. Also Read – Potentially Hazardous Asteroid ‘418135’ to Zoom Past Earth on Thursday: NASA | All You Need to Know

A team will now study the earthquake in search of answers about the Red Planet’s interior. Since landing on Mars in 2018, NASA’s InSight has detected more than 1,300 quakes, but it is the latest “monster quake” that will give scientists a new view of the planet.

Bruce Banerdt, InSight’s principal investigator, said. “Scientists will be analyzing this data to learn new things about Mars for years to come.” The InSight lander is part of NASA’s Discovery Program and the only seismic station outside Earth.

NASA had announced in April that it was extending InSight and seven other planetary science missions.

“The extended mission will continue InSight’s seismic and weather monitoring if the spacecraft remains healthy,” it had said. “However, due to dust accumulation on its solar panels, InSight’s electrical power production is low, and the mission is unlikely to continue operations for the duration of its current extended mission unless its solar panels are cleared by a passing “dust devil” in Mars’ atmosphere.”