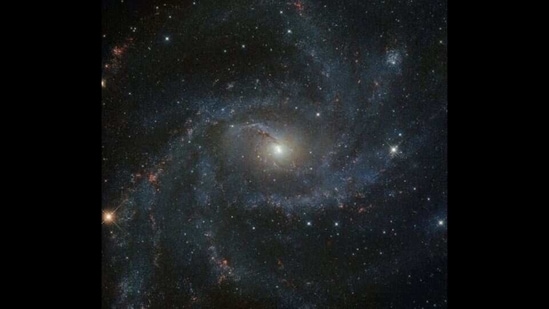 NASA is renowned for sharing informative and interesting content on its official social media handles. This post, shared on the official Instagram account of NASA’s Hubble Space Telescope, stands testament to that notion. The image, which shows the Fireworks Galaxy, has captured the attention of many netizens. Seeing it may leave you feeling fascinated too.

“In the last century alone, the Fireworks Galaxy (or NGC 6946) has experienced 10 observed supernovae. For context, our Milky Way Galaxy averages just one to two supernova events per century! The Fireworks Galaxy resides 25.2 million light-years away from us, along the border of the northern constellations of Cepheus and Cygnus,” reads the text which was shared alongside the photograph.

Since being shared on the photo and video sharing platform on January 9, this stunning snapshot has amassed almost 92,700 likes and has simultaneously accumulated many appreciative comments from netizens.

Here’s what Instagram users had to say about the share. One person said, “I need it for my wallpaper”. Do you feel the same way?

Somebody else proclaimed, “Beautiful,” while another stated, “Always in awe of the stuff you share”.

What are your thoughts on this?

“When galaxies collide, they go through dramatic changes in appearance and stellar content,” reads a portion of the caption shared on Twitter alongside the images.