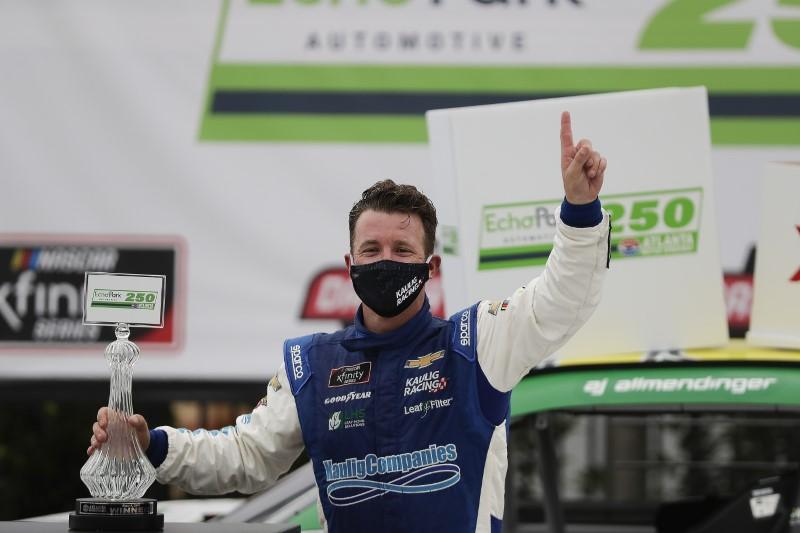 A.J. Allmendinger took the checkered flag at Atlanta on Saturday for his first NASCAR Xfinity Series victory of the season in just his second start.

The 38-year-old Allmendinger led 37 laps and held off Noah Gragson to win the EchoPark 250 at Atlanta Motor Speedway. It was Allmendinger’s fourth win of his career on the Xfinity Series.

Austin Cindric led a race-high 68 laps but was penalized for speeding on his final pit stop along with Chase Briscoe and Justin Allgaier. Briscoe led for 40 laps and finished ninth, while Allgaier was sixth. Cindric finished 16th.

The penalties put Allmendinger in the top spot for the final restart, and he led through the finish.