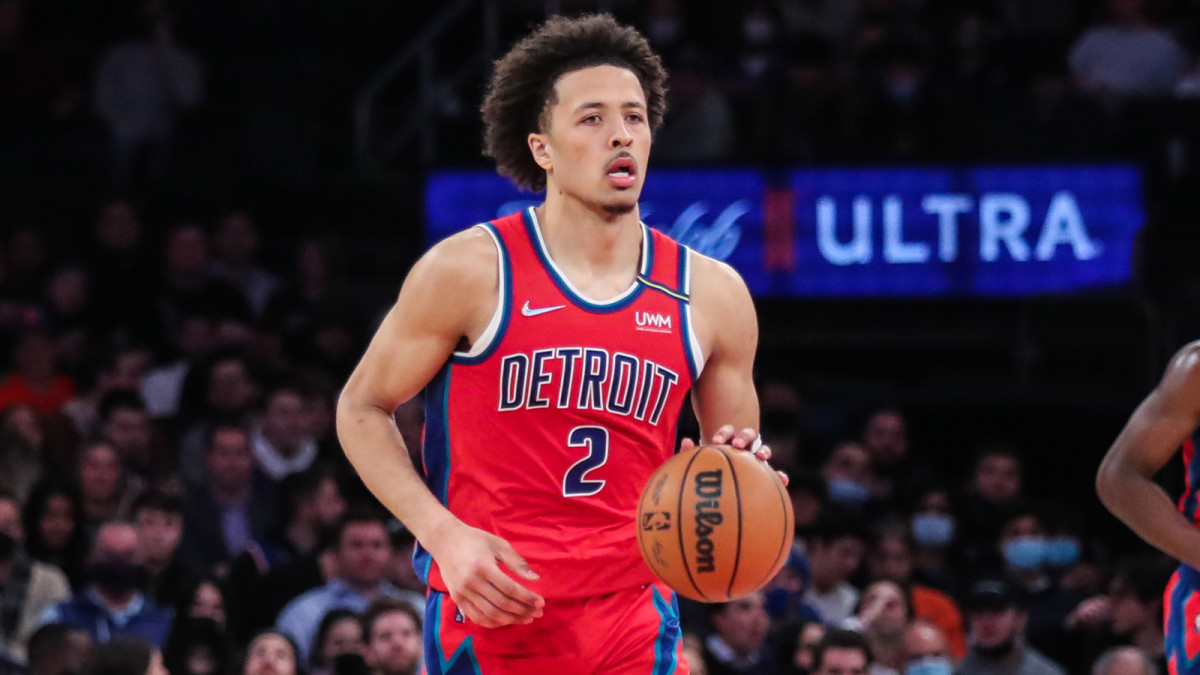 We’re at the midway point of the 2021–22 season, and this year’s crop of rookies appears to be one of the most impressive in recent memory. Evan Mobley is helping anchor a revival in Cleveland, while Scottie Barnes is helping Toronto keep pace in what’s emerging as a competitive playoff race among 12 teams in the East. A pair of point guards in the Motor City and Oklahoma City are also displaying glimpses of their All-Star potential, while a look to the Sunshine State reveals a potential franchise anchor in the making.

Should we pencil any of these youngsters onto future All-NBA ballots through the first three months of their career? Not quite. But the upside of multiple future stars is clearly present.

As we roll through the second week of 2022, check out Sports Illustrated’s latest rookie rankings.

Mobley should contend for Defensive Player of the Year honors in future seasons, pairing an advanced mind for the game with some of the lightest feet for a big man in recent memory. Such a skill set wasn’t a secret entering the 2021 draft. His precocity on the other end of the floor is a relative surprise. Mobley has deft touch around the free throw line and on the baseline, and he’s more of a brute force in the post than his slender frame would suggest. It’s not just the scoring ability that steals the show. Mobley uses post possessions not as an immediate avenue to score, but rather a mechanism to generate open looks for teammates. He tallied seven assists in Wednesday’s blowout win over the Jazz, marking his sixth game this season with five-plus dimes. Mobley and Jarrett Allen are a delightful duo anchoring Cleveland’s frontcourt, and they should wreak havoc across the league for years to come.

Barnes’s scoring has taken a bit of a tumble since the calendar turned to 2022, though a look past his shooting numbers still reveals an impactful player on a nightly basis. Kevin Durant, Bradley Beal and James Harden each sport an effective field goal percentage under 45% when guarded by Barnes this season, per FiveThirtyEight data. Toronto is plus-94 with Barnes on the floor over the last 10 games. The Raptors are rolling of late, winning six straight before a loss to Phoenix (without Barnes) Tuesday night. Their presumed gamble on draft night appears to be paying off in droves.

Orlando is a difficult watch on most nights, entering Friday on the heels of 10 straight losses. Yet amid the struggles, Wagner is finding a way to make an impact each night, showcasing his myriad skills in the process. The Michigan product posted three 20-plus-point performances from Dec. 28 to Jan. 3, and he racked up a career-high 10 assists in Wednesday’s loss to Washington. Wagner is a better playmaker than one would assume given his 6’9″ frame, and Orlando is often at its best when turning the keys over to Wagner as a lead initiator. As the Magic sit in the Eastern Conference cellar, Wagner is providing a much-needed glimmer of hope.

Don’t let the duds from Cunningham—including Wednesday’s 3–11, six-turnover effort against the Bulls—completely distract you from his potential as an All-NBA point guard in the coming years. Cunningham’s size provides a bankable defensive floor. He displays his playmaking instincts on a nightly basis, averaging 10.5 potential assists (a more accurate measure of his talents given Detroit’s abysmal shooting) per game in 2021–22. And as the season continues, Cunningham is leaning further into his gifts as a scorer. He drained five threes in a win over the Jazz on Monday night, tallying 18 of his 29 points in the third quarter. Cunningham’s turnover totals should naturally dampen with experience. Yet even amid the struggles, he never looks out of place as their point guard of the future. Patience will be a virtue as Detroit trudges through another lottery-bound season.

Giddey isn’t necessarily in competition for the top spot on our list, though he may be the most fun to watch on a nightly basis. The Australian point guard is already a master at slinging cross-court passes to corner shooters in the half court, and his brilliance truly shines when the Thunder get out running in transition. The creativity of the pass below is a sight to behold, let alone the execution.

Giddey is proving to be more than an oversize distributor midway through his rookie season. He’s shooting a respectable 36.6% from three in his last nine games, and the 19-year-old is beginning to experiment with off-the-dribble triples. Giddey’s adjustment to the NBA has been smoother than anyone could have hoped. His ceiling seems to rise by the week.

Jones’s superb defense is no secret at this point as he leads all rookies in deflections and steals, though his offensive progression has flown a bit under the radar in recent weeks. Jones has tallied double-digit scoring nights in eight of his last nine contests (including a 26-point outburst against the Cavaliers), shooting 51.7% from the field in that span. Jones has canned 38.7% of his three-point attempts as a rookie. He’s a smart and aggressive cutter, and he’s even able to push the pace in transition off the defensive glass.

Don’t look now, but the Pelicans are 8–5 in their last 13 and firmly competition for the final play-in spot. Jones has been a major driver of their recent success.

Green’s scoring took a dip this week as he engages in a bit of a my-turn-your-turn dance with Kevin Porter Jr., and the advanced metrics (minus-18.3 net rating, No. 36 in PER among rookies) don’t exactly paint a pretty picture of his rookie season. Yet each night provides a glimpse of why the Rockets were so high on the G League Ignite product entering 2021–22. Green is up to 48.9% from the field on drives to the rim—a hair under Ja Morant and better than James Harden—and he’s an absolute terror for defenses in transition. It will take a year or two for Green’s efficiency to level out. Though the flashes of stardom are still present enough to have faith in the young guard eventually emerging as an All-Star talent.

Miami has been battered by injuries and COVID-19 absences this season, using 19 different players entering Friday night. And yet despite the turnstile of players, the Heat sit No. 3 in the East at 25–16, lurking as a title contender. Yurtseven is Miami’s latest success story. The Turkish center has emerged as a legitimate presence in the middle for Erik Spoelstra & Co., gobbling double-digit rebounds in each of his last 12 contests. Miami has outscored teams by 106 points with Yurtseven on the floor since Dec. 21. He sports a plus-10.8 net rating, and the Heat allow just 103 points per 100 possessions in his minutes. Yurtseven’s NBA ceiling is admittedly lower than any of our aforementioned rookies. But he’s carved out a valuable niche on a winning team, a welcome outcome for an undrafted player.

Brooklyn’s rookie isn’t exactly lacking in confidence, and he made his greatest contribution to date in Sunday’s win over the Spurs. Thomas attacked a close-out off a Kevin Durant pass in the final seconds of overtime against San Antonio, waltzing into the lane before draining a floater from just inside the foul line. We could see a similar scenario unfold in the 2022 playoffs. Defenses will (rightfully) send a second defender at Durant or James Harden in crucial situations, creating open looks for Brooklyn’s role players. It’s not uncommon for youngsters to freeze in that situation or make an errant pass, but Thomas did nothing of the sort. He coolly assessed the defense, made a decisive move and attacked with confidence. The Nets appear to have found a keeper with the 27th pick in the ’21 draft.