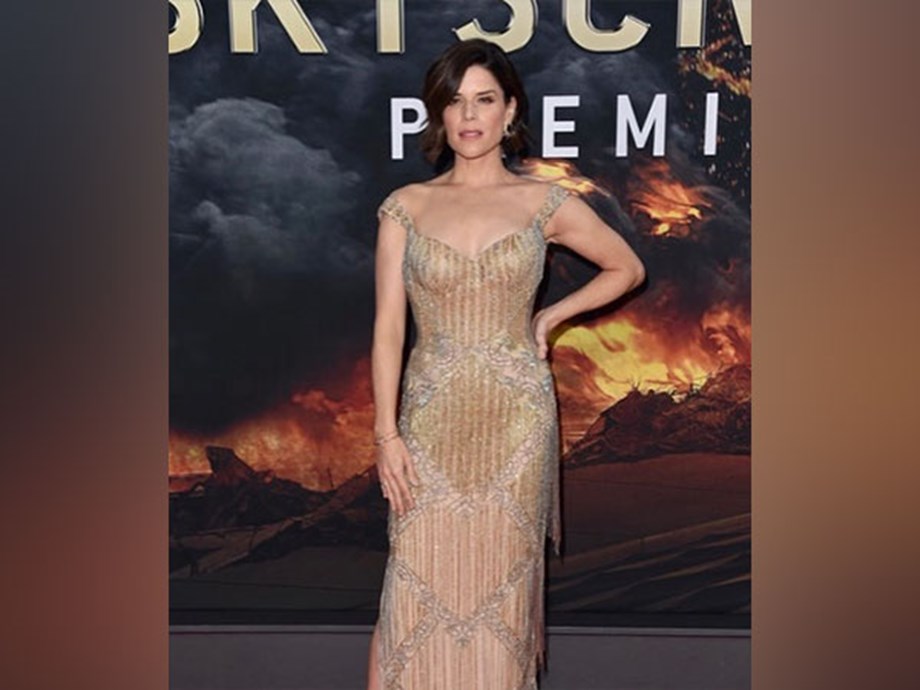 Neve Campbell at recent promotions for the new ‘Scream’ movie, shared her story about surviving a bear attack on the sets of a film. According to Variety, Campbell did not name the project but said she was 17 years old at the time.

“I was playing this role where she’s ‘one with the animals’ and there was a scene where I was getting chased by a bear,” Campbell said. She shared the instructions she was given before the shot.

“They brought this bear on set and they first gave me this big bottle of Coke to feed it. (After feeding it), they said dip your hand in honey and just run. And when you get to the tree over there, turn your hand out and feed the bear,” she said. She then shared how things went down the wrong lane.

“I dipped my hand in honey and I run to this rock, and I turn around and I put my hand out and the bear is not slowing down and he’s not coming for my hand,” Campbell said. “He grabs me by the leg and he pulls me through the forest. My mother was visiting the set and she’s screaming. The whole crew is frozen because nobody can believe what’s happening. All I can think to say is, ‘He’s biting me,’ like it’s not obvious,” she continued.

Campbell said she was rescued by the production’s bear wrangler, who started “throwing rocks” at the bear in order to distract it and get it away from the actress. Campbell had no life-threatening injuries from the incident. Looking back at the incident, Campbell concluded, “It’s silly. We get asked to do silly things.” The bear attack took place several years before Campbell became a breakout star in Hollywood in 1996 with back-to-back horror favourites — ‘The Craft’ and ‘Scream’. Roles in ‘Wild Things’ and ‘Scream 2’ followed in 1997, making Campbell one of the more popular leading ladies of the late 1990s. The actress returns to the ‘Scream’ franchise for a fifth time in the new film, which opens nationwide on January 14, 2022. (ANI)