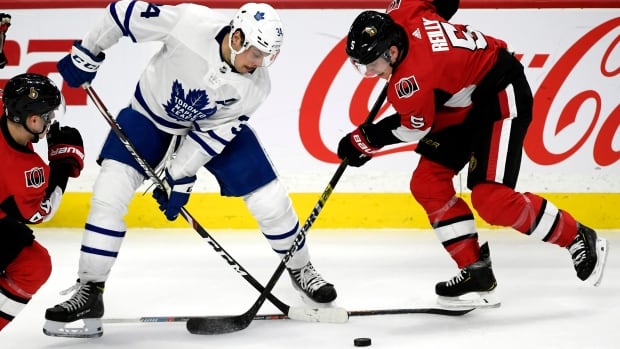 While sports fans staying home amid the pandemic may welcome the return of hockey this week, the new NHL season could be a matter of “survival for the league,” says a sports writer.

“This is not the usual robust NHL we’re used to,” said Thomas Drance, a senior writer for The Athletic, who covers the Canucks in Vancouver.

“This is like the Pride Lands after ten years of Scar’s rule in The Lion King,” he told The Current’s Matt Galloway.

The new season kicks off Wednesday with a shortened 56-game run, after months of negotiations over safety measures. While players stayed within a bubble during last summer’s season, they will now travel for road games, while adhering to 213 pages of safety protocols.

Disruption to the 2019-2020 season meant that many franchises have pursued pay cuts and layoffs to stay afloat in the pandemic.

It’s official: hockey is back, but it will look a little different this year. 2:08

Drance said “this is a touch-and-go season, one that will require teams to be adaptable and flexible — and hopefully it can be pulled off safely.”

Cheaper to not play: NHL commissioner

Speaking Monday, NHL commissioner Gary Bettman said “it would be cheaper for us to shut the doors and not play.”

“We’re going to lose more money at the club level and at the league level by playing than by not playing,” he told reporters.

He indicated the losses could pass the $1-billion mark.

Drance said the move to push ahead with the season is a “a defensive type of money-making decision,” aimed at the revenue potential of future seasons.

That includes signing a new agreement around U.S. TV broadcast rights (the current deal expires in 2022), and a cash injection from the launch of new team the Seattle Kraken.

“I think those are all massive considerations that have got us here,” he said. 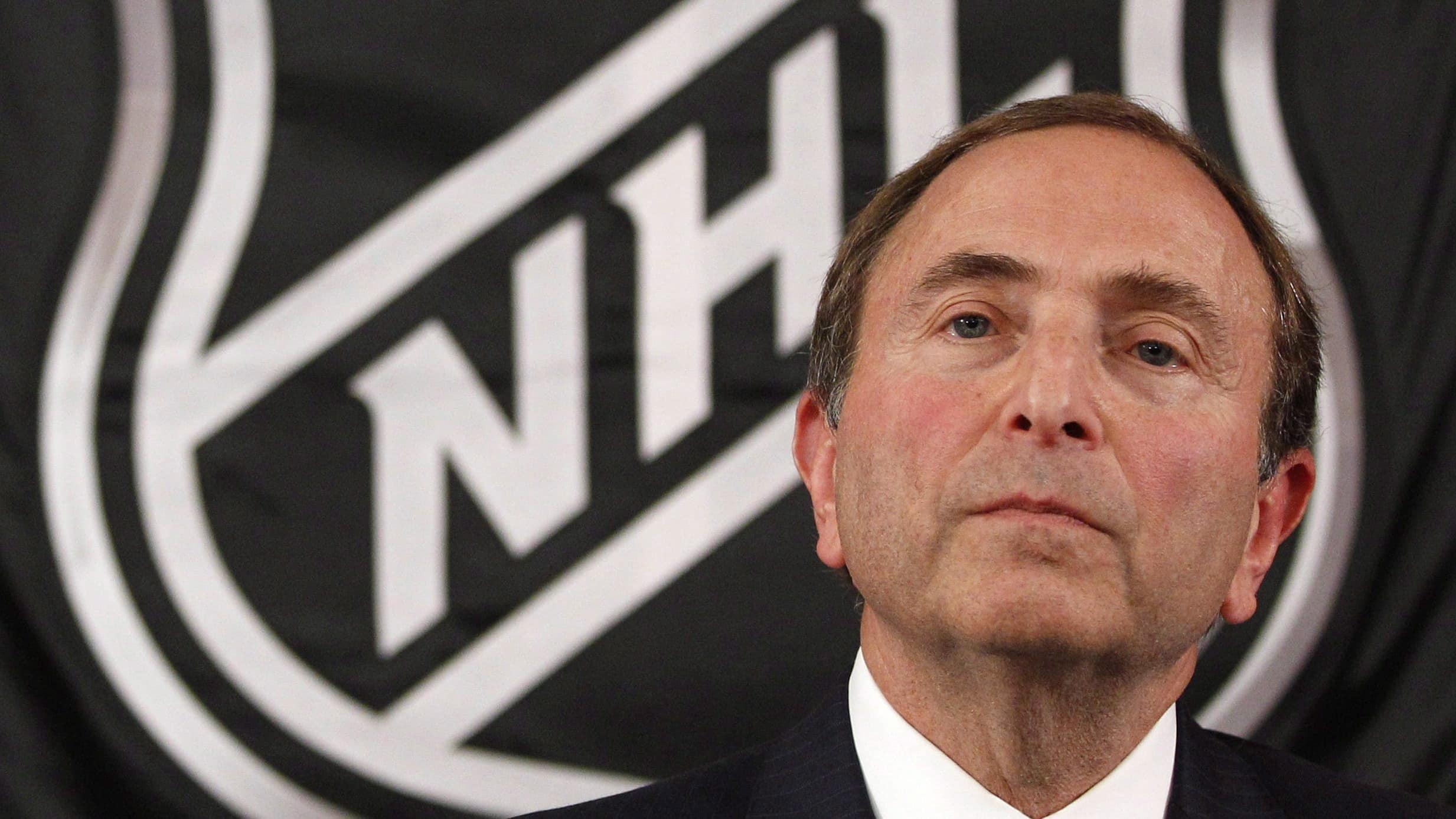 During a video media availability on Monday, NHL commissioner Gary Bettman said “it would be cheaper for us to shut the doors and not play” this season. 2:54

Players may face return to bubble

There is a risk of team outbreaks shutting down games as the season progresses, said Bruce Arthur, a sports writer and columnist for The Toronto Star.

With players in a bubble last summer, team bosses “could prescribe almost exactly what players did,” he told Galloway.

“Now the players are out in the world, and the world has an awful lot of COVID in it.”

He said that “a lot of these guys, they are taught that they can play through anything.”

“Well, you can’t really play through COVID in the NHL without giving it probably to somebody else.” 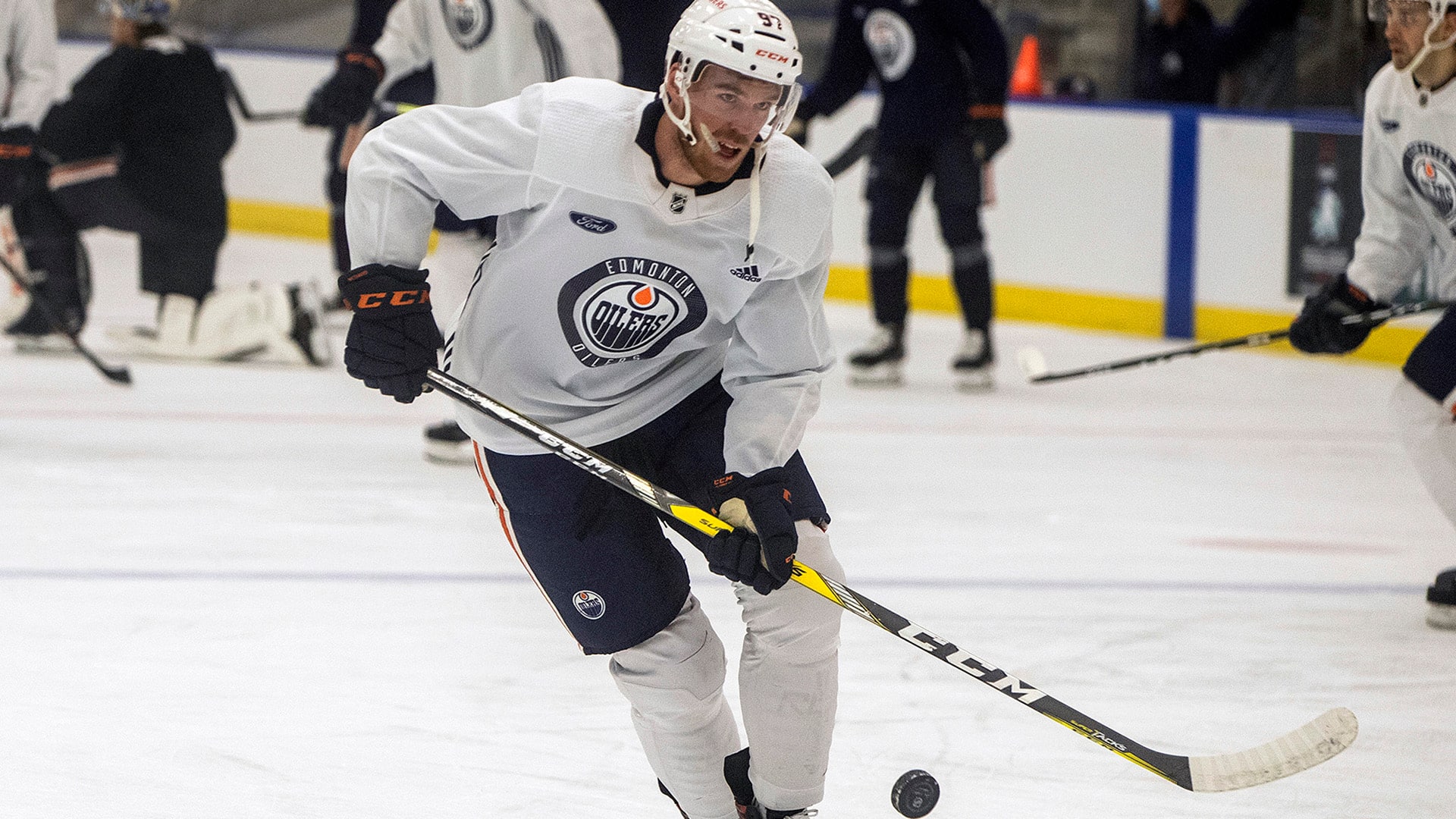 The puck drops on the NHL’s new season and the all-Canadian division this week and though there are concerns about playing and travelling during the COVID-19 pandemic, the league says it’s prepared to be flexible to the circumstances. 2:00

Two games have been postponed after several positive COVID-19 diagnoses at the Dallas Stars. The Columbus Blue Jackets, Pittsburgh Penguins and Vancouver Canucks have also experienced delays and cancellations to practices and events due to potential exposures.

Bettman said Tuesday the NHL understands “there is an element of risk, that COVID-19 may impact one or more games.”

“We also understand, as we have throughout, that in order to accomplish our goal we’re going to need to be flexible and agile in how we deal with whatever we’re confronted with.”

Arthur said as the season progresses, players may face the question of returning to a bubble.

“Players definitely don’t want to do it, it’s not a pleasant experience,” he said.

“But if a league can convince the players that this is what it takes for our league to survive, then, yeah, they’d probably go back in.”

Written by Padraig Moran, with files from CBC Sports. Produced by Amanda Grant and Ines Colabrese.