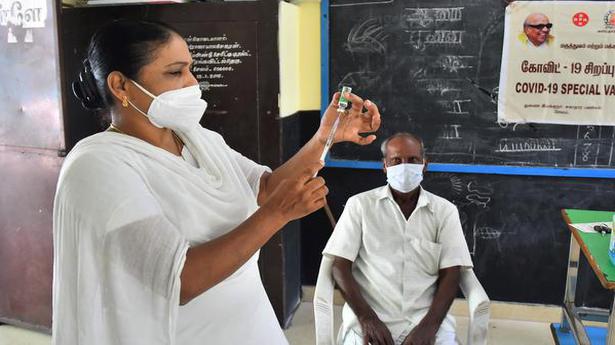 Those in the 15-17 category will be eligible for shots from January 3 and the rest can expect them from January 10.

Those below 18 and eligible for a vaccination can register on CoWin from January 1 and those above 60 with comorbidities don’t need a doctor’s certificate to register for a “precaution’ dose or third dose of a vaccine that a recipient has previously been inoculated with, the Centre said on Tuesday.

Those in the 15-17 category will be eligible for shots from January 3 and the rest can expect them from January 10.

On Monday, the Health Ministry had said that those over 60 with comorbidities could avail of a ‘precaution’ shot “following doctor’s advice”, echoing what Prime Minister Narendra Modi had said on December 25. The Ministry’s announcement provoked consternation and criticism after it was interpreted in several quarters as implying that a medical certificate would be needed to attest “comorbidity”.

Union Health Secretary Rajesh Bhushan told States and Union territories on Tuesday that only Covaxin was to be administered in the 15-17 population category and additional doses of ‘Covaxin’ will be sent to all States and UTs. The Centre would share the supply schedule of Covaxin with all the States and UTs in the next few days. Potential beneficiaries could either register themselves on CoWin from the January 1, 2022 or avail of a walk-in registration when vaccination commences from the January 3.

There are no studies in India so far on whether mixing vaccines would be better than administering three doses of the same. This May, 18 people in Uttar Pradesh were accidentally jabbed with Covaxin following Covishield as part of the vaccination drive. An analysis by the Indian Council of Medical Research on the “mixup” said all participants were safe and displayed a high degree of antibodies following the inoculation.