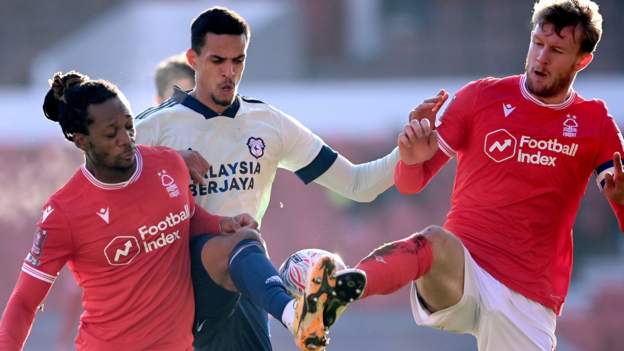 Cardiff had won on their last six visits to the City Ground, but lost to a Forest side containing eight changes.

Cardiff had a lot of possession without creating much as Forest, who have have lost seven of their last nine FA Cup matches, progressed to round four.

The Bluebirds never fully recovered from Forest’s fast start as Harry Wilson and Robert Glatzel both failed to find the target for Cardiff, while debutant Dillon Phillips saved from Joe Lolley in a first half of few chances.

Cardiff did force Jordan Smith into action in the second half with efforts from range from Joe Ralls and Will Vaulks, while Wilson twice came close and Junior Hoilett volleyed over late on. At the other end, Alex Mighten was denied by Phillips as Forest held firm.